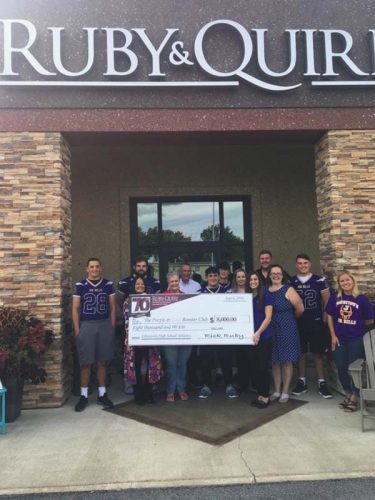 JOHNSTOWN — The Johnstown Purple and Gold Booster Club received an $8,000 donation from Ruby & Quiri during a presentation Sept. 6. Johnstown’s Save Our Sports effort continues to look to reach its $311,000 goal to fund all of its athletic teams for the 2019-20 school year. The ...

VAIL MILLS — The annual Roger Iannotti Memorial Tournament will take place Oct. 5 at Holland Meadows Golf Course. The four-player scramble event will begin with an 11 a.m. shotgun start. The entry fee will be $75 and includes golf, cart, food, beverages on the course, buffet and prizes ...

For as long as I can remember I have been a Yankee Fan and my favorite place in the world to visit was Yankee Stadium. I vividly remember the feeling I got the first time I entered the stadium with my grandfather and father and how the colors and sights of the green grass and blue outfield ...

JOHNSTOWN — The Purple and Gold Sports Booster Club will host a Drive for Your School fundraiser Saturday from 8:40 a.m. to 4:30 p.m. Participants will test drive vehicles from Brown’s Ford. For every test drive taken, the booster club will receive $20. If there are 300 drivers, the ...

GALWAY — The town of Galway Youth Commission fall 2019 recreation soccer program will begin Sept. 14 at the Dockstader Recreation Fields in Galway. The fields are located on Sacandaga Road, also known as Route 147, across from the Ballston Spa National Bank. The program is for boys and ...

JOHNSTOWN — The Greater Johnstown School District announced the start dates and times for modified football, cross country and field hockey. The football team will begin practice Tuesday at the Knox practice field from 8 to 10 a.m., while the cross country team will open practice Wednesday ...

ALBANY — With dozens of gold medals among them, as well as state and national records, the second class of inductees into the Greater Capital Region Track, Field and Cross Country Hall of Fame features the area’s first four-minute miler, a highly accomplished road racer and two ladies who ...

CAROGA LAKE — Royal Mountain Ski Area will host awards night Wednesday. It will be the final night of Monster Energy Supercross competition. The award ceremony will take place at 6:45 p.m., with practice at 7:30 p.m. and racing at 8 p.m. Awards will be presented to the top four ... 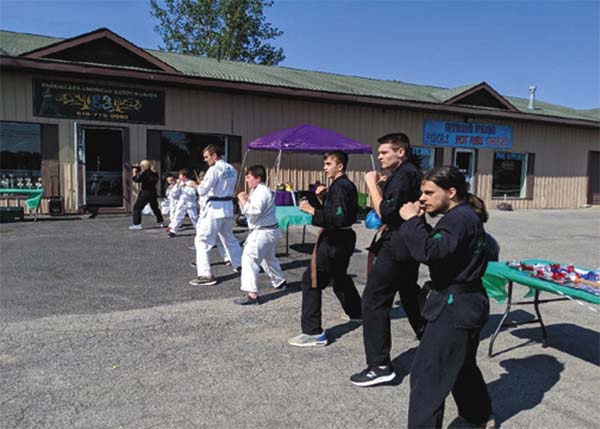 Rock Out for Sports slated for Aug. 24

JOHNSTOWN — Fox Run Golf Club will host Rock Out for Sports, a benefit for Johnstown’s athletic teams Aug. 24 from noon to 5 p.m. The event will feature music, raffles, food and beverages. The list of entertainers include: Jason Gill (Noon to 12:45 p.m.), Beth Zaje, Mike Bruce and ...

CAROGA LAKE — The first offroad race for motorcycles and ATVs will take place as Royal Mountain Ski Area host the New York Off Road GP next Sunday. The race course is more than 2 miles long and includes much of the motocross track and more than 1 miles of woods riding. In the woods, riders ...

GLOVERSVILLE — The Tuesday Morning Men’s bowling league will host its practice Aug. 27 at 9:30 a.m. at Starlite Lanes. The election of officers and by-laws also will take place. Bowlers are needed and welcome. For more information, call Starlite Lanes at (518) 773-2695.

JOHNSTOWN – Hales Mills Country Club will host its club championship beginning Aug. 24 for its members. Stroke play qualifying will continue until Sept. 11 with each entry costing $20 and $10 per each additional round. There is no limit on the number of qualifying rounds competitors may ...

NORTHVILLE — The Northville-Sacandaga Lions Club will host its 22nd annual Great Sacandaga 5 and 10K Road Race on Oct 19, with assistance of The Fulmont Roadrunners. The location is at the Sport Island Pub, 108 Riverside Blvd. Race day registration will be from 9 to 10:15 a.m. with the ...

CAROGA LAKE — Wednesday’s Monster Energy Supercross event at Royal Mountain was postponed by wet weather. Royal will return to action with a supercross event next Wednesday before hosting New York Off Road Series on Aug. 18.

GLOVERSVILLE — The Gloversville Recreation Commission will host a showing of Universal Studios blockbuster movie ‘Field of Dreams’ on Saturday at Parkhurst Field on Harrison Street in Gloversville. The site was chosen because one of the main characters in the movie (Moonlight Doc ...