GUILDERLAND — One of the courses required to coach in New York state high schools will be taught at Vent Fitness. The theories and techniques of coaching high school athletics course will take place Nov. 23 and 24 from 7 a.m. to 5 p.m. on both days. Participants must attend all class ...

SARATOGA SPRINGS — A look back at speedways and drivers of the past are the focus of the day for participants in the Saratoga Automobile Museum’s popular Lost Speedways program. But since the program takes most of the day, lunch is a priority as well and for 2019, one of Saratoga ...

Community swim to start at FFCS

JOHNSTOWN — The Johnstown High School Class of 2020 will be hosting an alumni basketball game on Nov.27 in the JHS gymnasium at 6 p.m. The game will feature former Sir Bills players competing against one another in an evening of fun for players and fans alike. Johnstown has had many ...

GLOVERSVILLE — The second annual Foothills United Foundation (Foothills United Methodist Church) bowling tournament. The event will take place at Arterial Lanes at 1 p.m. and it will feature raffles. The entry fee will be $60 per team for four-person teams. The entry free includes three ... 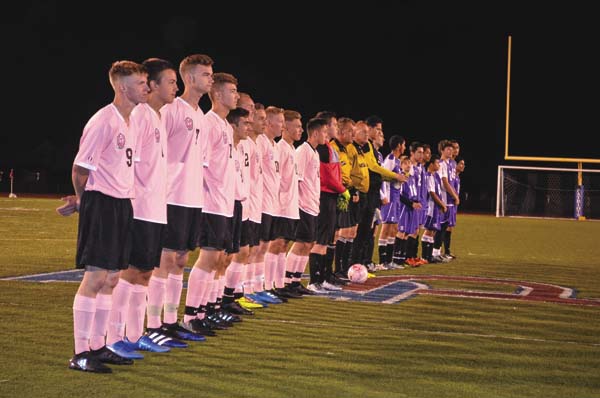 Pink Out event slated for today at B-P

BROADALBIN — The Broadalbin-Perth boys soccer program will host the 11th annual Robin Blowers Pink Out today. The event will raise money for the American Cancer Society, as they remember those who have lost their battle with cancer and honor those who are currently fighting the ...

BROADALBIN — Registration for the Broadalbin Youth Commission basketball program is now open. Registration is open to all children (kindergarten through sixth grades) in the Broadalbin-Perth Central School District. Play will begin Nov. 2. The cost will be $45 and registration closes Nov. ... 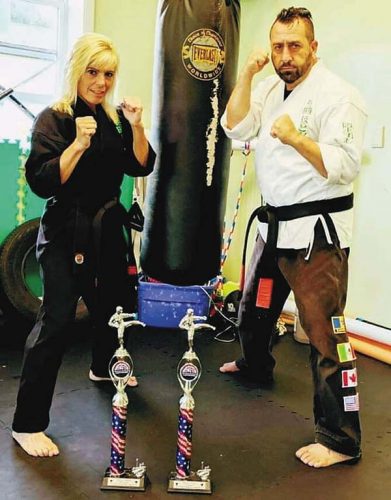 ALBANY — Gloversville’s Mary Hallett recently competed in the North East Open Tournament held at the Albany City Center. Hallett is a student and part of the teaching staff at Pazzaglia’s American Kenpo & Karate, located at 81 Briggs St. in Johnstown. The Northeast Open is the ...

Pink Out event next Saturday at B-P

BROADALBIN — The Broadalbin-Perth boys soccer program will host the 11th annual Robin Blowers Pink Out next Saturday. The event will raise money for the American Cancer Society, as they remember those who have lost their battle with cancer and honor those who are currently fighting the ...

SARATOGA SPRINGS — Michael Veitch, who covered the sport of thoroughbred racing as a decorated journalist for nearly 40 years and is the author of three books on the sport’s history, has been named the National Museum of Racing and Hall of Fame’s historian. Veitch, who will officially ...

NORTHVILLE — The annual Northville Central School Alumni Soccer Game will kickoff at 1 p.m. on Saturday at the temporary soccer fields on Prospect Street in Northville. Northville alumni of all ages, male and female, are invited and encouraged to play or cheer on their fellow Falcons. A $5 ...

This summer, both the sports and literary worlds lost a legend with the passing of former pitching great James Allen (Jim) Bouton. Bouton was drafted by the New York Yankees in 1959 and spent part of his first season in the minor leagues as a teammate of Fulton County Baseball Hall of Famer ...

JOHNSTOWN — Hales Mills Country Club will host Spackler’s Impossible Pin Tournament on Oct. 13. The four-person scramble event will begin at 10 a.m. with a shotgun start. The entry fee will be $30 for members and $50 for non-members. The event will include prizes, contests and an ... 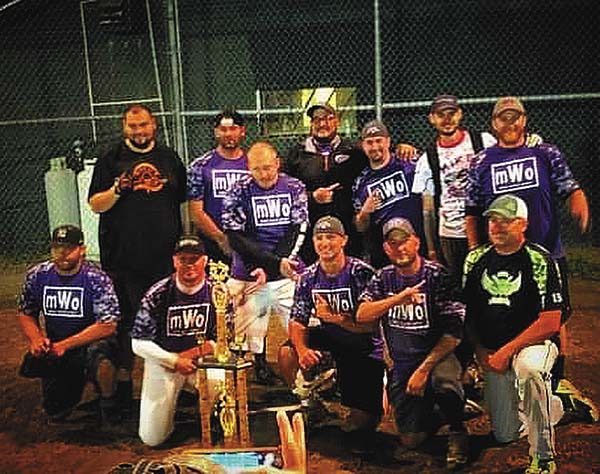 MECO — The mWo team won the high-pitch league title at Meco Ball Park this summer. The team was sponsored by The Brass Monkey, O'Connor’s Pub and FishPound Landscaping.

LATHAM — The New York State Public High School Athletic Association Inc. will host its first Officials Appreciation Day on Wednesday. It will be a day that student-athletes, coaches, administrators and fans are encouraged to thank the officials who make interscholastic athletics ...

JOHNSTOWN — The Fulton-Montgomery Community College basketball program will run preseason clinics on Sundays. The clinics will take place Oct. 6, 13, 20 and 27. The clinics, which are open to boys and girls in third- through 10th grades, will be held from 6 until 8 p.m. in the FMCC ...