SARATOGA SPRINGS — Charlsie Cantey, one of the most accomplished and respected television broadcasters in thoroughbred racing history, and Billy Reed, a three-time Eclipse Award-winning writer and the author of more than a dozen sports books, have been selected to the National Museum of Racing’s Joe Hirsch Media Roll of Honor.

Born and raised in Raleigh, N.C., Cantey has been involved in many aspects of racing for more than 35 years but is best known for her involvement in television coverage of the Triple Crown and the Breeders’ Cup. After graduating from the St. Mary’s School in Raleigh, Cantey attended Mt. Vernon Junior College in Washington before matriculating at George Washington University, where she graduated from in 1968. That year, she began working with racehorses in New York, galloping for Hall of Fame trainers Sidney Watters and Elliott Burch, and schooling steeplechasers for Ronnie Houghton. Following her 1969 marriage to trainer Joe Cantey, she began working for Hall of Fame trainer Frank Whiteley, Jr. and his son, David, for nearly a decade, galloping many top horses. During this time, she also exercised some of her husband’s standout horses.

In 1975, Cantey joined  the New York City WOR-TV weekly racing show with Frank Wright and Dave Johnson, becoming one of the first women in such a role. The 1977 Travers Stakes for CBS was her initial network telecast, with co-hosts Jack Whitaker and Wright. Cantey remained with CBS for the next nine years, during which time she originated the “horseback interview.” In 1986, the Triple Crown coverage was awarded to ABC Sports and Cantey joined Jim McKay, Al Michaels, Whitaker, and Johnson for a 15-year contract. During the early years of her ABC tenure, Cantey moved from horseback reporter to co-host, and when NBC Sports won the Triple Crown contract in 2001, Cantey joined  Tom Hammond and company for those races, as well as the Breeders’ Cup. She also served with the CNBC team of Kenny Rice and Mike Battaglia for Bessemer Trust’s 2-year-old series in 2002 and 2003. Also with Rice, she co-hosted ESPN’s Breakfast at the Downs on Derby weekend for several years.

During the 1980s and the 1990s, Cantey was simultaneously a member of the ESPN Racing Across America  and the American Championship Racing Series broadcasts, traveling to tracks throughout the country. She occasionally demonstrated on horseback for taped features, illustrating lead changes, breaking from the gate, or schooling a  hurdle horse.

Cantey was a member of approximately two dozen Eclipse Award-winning telecasts. In 1995,  she received Pimlico’s Old Hilltop Award at the Preakness Alibi Breakfast. In 2000, Cantey was recognized by New York Gov. George Pataki as a Distinguished Woman in Racing. Two years later, she received the TVG Viewers’ Choice Award and was the keynote speaker for the National Museum of Racing’s Hall of Fame induction ceremony. In 2014, Cantey was recognized by the National Turf Writers Association with the Jim McKay Award. She has also been honored by the Kentucky Owners’ and Breeders’ Association with The Charles W. Engelhard, Jr. Award.

Reed, a native of Mt. Sterling, Ky., grew up in both Louisville and Lexington, where he graduated from Henry Clay High School before receiving a degree in English from Transylvania University in Lexington in 1966.

At the age of 16, Reed went to work for the Lexington Herald-Leader and served in both part-time and full-time capacities. By the time he was a senior in college, Reed was the Herald-Leader’s assistant sports editor. Upon his college graduation, Reed went to work for the Louisville Courier-Journal. He went on to work for Sports Illustrated in New York, where he spent four years before returning to the Courier-Journal as a special projects writer. Reed returned to sports writing and was the sports editor for the Courier-Journal from 1977 through 1986, while also serving as senior writer for Sports Illustrated for 30 years. He also worked as an adjunct professor at Indiana University and was an executive scholar in residence at Georgetown College in Kentucky.

Reed is a three-time recipient of the Eclipse Award. He was honored with Eclipse Awards in 1979, 1988, and 2008. In 1979, Reed won the Eclipse for newspaper writing for an article in the Courier-Journal on jockey Ron Turcotte. He again won for newspaper writing in 1988 for an article on trainer D. Wayne Lukas, which appeared in the Herald-Leader. Reed’s 2008 Eclipse was in the news/commentary category for his column “A Rose for Eight Belles,” which appeared in Thoroughbred Times.

Additionally, Reed is an eight-time Kentucky Sportswriter of the Year. He is also an eight-time winner of the Red Smith Award for Kentucky Derby coverage. Reed is a member of the Kentucky Journalism Hall of Fame, Kentucky Athletic Hall of Fame, Transylvania University Hall of Fame, U.S. Basketball Writers Hall of Fame, and the Henry Clay High School Hall of Fame. His writing has also appeared in TIME, The Washington Post, Miami Herald, The Sporting News, and the “ESPN College Basketball Encyclopedia,” among many other outlets. Reed has been a radio talk show host in Louisville and made appearances on ESPN, CBS, ABC, the History Channel, and CNN.

Among the more than a dozen books Reed has written or contributed to are “Born to Coach: The Denny Crum Story,” “Golden Boy: The Paul Hornung Story,” “Lombardi as I Knew Him” and “Billy Reed: My Favorite Derby Stories.” Reed’s most recent book, “Last of a BReed,” was published in 2018 and details his nearly six-decade career in sports writing, which has also included basketball, football, golf, boxing, auto and boat racing, tennis, soccer, and swimming and diving. Reed covered the NCAA basketball tournament from 1966, when he was a senior in college, until 2012, including one continuous 28-year stretch; seven Super Bowls; seven different college bowls; the World Series; the PGA Championship; the Indianapolis 500; and the Olympics.

The National Museum of Racing’s Joe Hirsch Media Roll of Honor was established in 2010 to recognize individuals whose careers have been dedicated to, or substantially involved in, writing about thoroughbred racing (non-fiction), and who distinguished themselves as journalists. The criteria has since been expanded to allow the inclusion of other forms of media.

Often referred to as the dean of thoroughbred racing writers, Hirsch won both the Eclipse Award for Outstanding Writing and the Lord Derby Award in London from the Horserace Writers and Reporters Association of Great Britain. He also received the Eclipse Award of Merit (1993), the Big Sport of Turfdom Award (1983), The Jockey Club Medal (1989), and was designated as the honored guest at the 1994 Thoroughbred Club of America’s testimonial dinner. The annual Grade 1 Joe Hirsch Turf Classic Invitational at Belmont Park is named in his honor. Hirsch was also a former chairman of the National Museum of Racing and Hall of Fame Nominating Committee. He died in 2009. 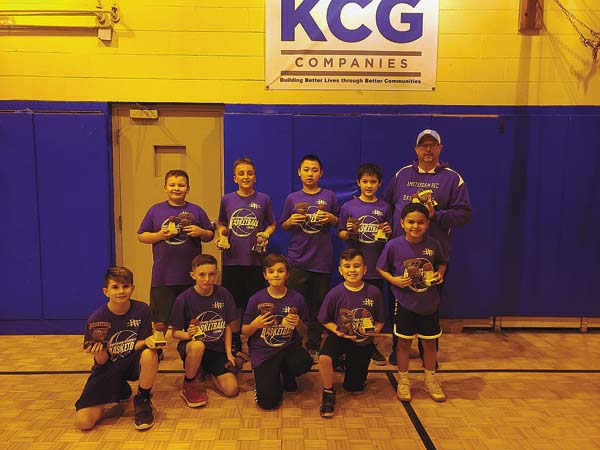 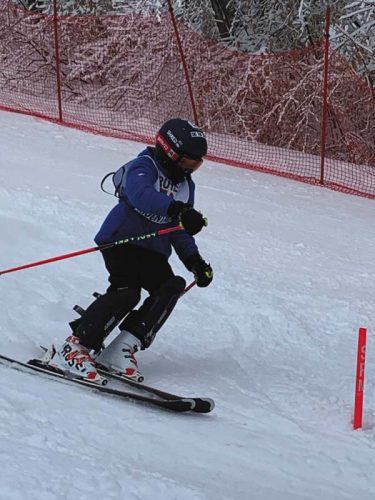 Galway to celebrate women in sports

GALWAY — Galway Central School District will join entities across the nation to celebrate National Girls and ... 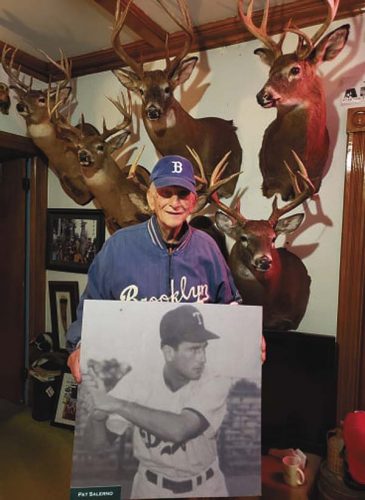