Let’s talk about something that burns me up.

Now that outdoor backyard summertime fun is in full swing, let’s examine something that’s not so fun — getting a $25 annual “recreational” fire permit from the city of Gloversville.

First, let’s start with the cost.

Doesn’t it seem like $25 is a bit pricey for the good people of Gloversville, who might look to make a few smores with the little ones, say three times a year? Leave it to government to pooh-pooh a little innocent frivolity at your own private residence.

Of course, our leaders will say this new legislation was put into place as a public safety measure. Maybe a little smoke bothers people in the city. I don’t know. I’ve been a reporter awhile and I have trouble recollecting how many times these small recreational fire pits actually got out of hand in Gloversville.

And the regulations seem especially burdensome. As a Gloversville resident, I was recently told by a staffer at the fire station on Frontage Road to “make sure” the place for our open fire pit was in a perfectly legal spot, because if it isn’t, the city won’t give you your $25 non-refundable fee back.

Perfect. That seems a little backward and a little unfriendly to the city’s citizens. Not only do you have to hope your spot is right, but if it isn’t, you’re penalized by having the city keep your $25. Isn’t the average city resident blitzed by some of the highest taxes in the state and nation anyway?

Let’s see, a copy of the ordinance passed by the Gloversville Common Council states, in part: “No recreational fire, portable fireplace or similar device shall be closer than 15 feet from any building, structure, shed, garage, fence, or any combustible material … All recreational fires shall not have a diameter larger than two feet nor may the fire extend more than one foot above the burning surface.”

We haven’t filed our fire pit application yet, but I never personally remember any vast problems. And the place we want to put ours is on concrete blocks we own anyway. It is probably within 15 feet of our metal backyard fence. Now, is that fence and our nearby backyard tree considered “combustible?” I don’t know, but I better make sure because if I’m not, I’ll be out $25, right?

Actually, now I’m not sure I really want to waste city taxes by dispatching a fire unit to my house to tape-measure my back yard.

As it stands, probably the only place we can place our modest fire pit now would be smack dab in the middle of the back yard. None of this sounds too appealing to my family. Looks like I have to alter my grass-cutting.

We watched recently as a city fire truck came down the street on a sunny day and parked in front of our neighbor’s house two doors down. The fire officials informed them they didn’t have the proper permit and to cease their small open burning. I understand the fire department was doing its job, but the optics were kind of crummy, don’t you think? This seemingly ordinary American family, surrounded by several kids, watched as the firemen poured water on their pit and told them all to have a good day.

And who called and complained about such dangerous activity, anyway? It certainly wasn’t me.

I think municipalities should put a little more thought into the laws and ordinances they enact. If seemingly innocuous things like fire pits are regulated to burden city residents, and are a scary priority to beef up city coffers, what’s next?

∫ The Fulton County Board of Supervisors recently recognized a great man — Frank Ruggiero — who recently passed away. Frank was the longtime former director of the Fulton County Veterans Service Agency. He helped me and my wife get a veterans loan to purchase our home 27 years ago. We couldn’t have gotten it without him. You couldn’t find a more gentle man who cared more deeply for Fulton County’s veterans than Frank. I’ll miss this wonderful man.

I don’t know how the areas’s law enforcement and District Attorney Chad Brown keep up with all of the garbage that comes through our area. But I urge you to praise them for everything they do.

The opinions expressed in this column are those of the writer and not necessarily those of the newspaper or its editorial board. 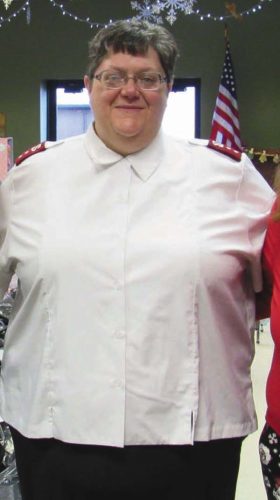