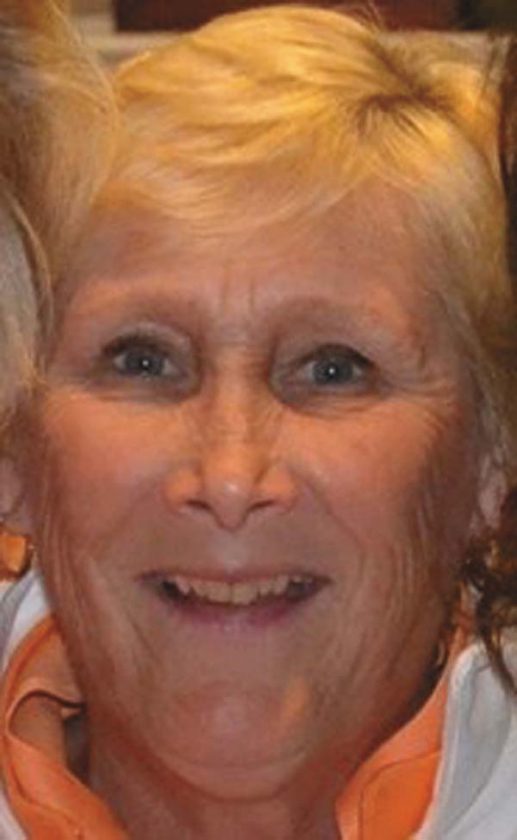 Susan “Suzie” Mansfield of Guilderland, passed away peacefully on June 23, after a long and courageous battle with cancer. Suzie was the loving daughter of Florence and Harvey Mansfield. She was especially close to her Dad as she lost her Mom very early in life. Suzie lived by the beliefs and actions modeled by her Dad, who was the revered Mayor of Johnstown, N.Y. for many years.

Suzie was a graduate of Central City Business Institute in Syracuse. She retired from the NYS Office of General Services as a Personnel Administrator in Design and Construction, and previously worked in administrative positions at the NYS Department of Environmental Conservation and Upstate Medical Center in Syracuse. She was a dedicated public servant, highly regarded by her colleagues for her integrity, work ethic, sense of humor and her unique ability to communicate directly while maintaining good working relationships.

Suzie was blessed with many true friends because she was a good friend to them. While she was affectionately called “the Senator” or “the General” related to her straightforward style of communicating and organizing skills, she was loved by all. People gravitated to Suzie because she was fun to be with, loved socializing and being “on the move.”

Suzie had a heart of gold and found great joy in supporting organizations and her friends, especially Gina Castelli’s college basketball teams for over 10 years. She was always very thoughtful in anyone’s time of need with a card, a call or a check. Taking after her Mom, she was mindful of others who were less fortunate with donations to many organizations including coordinating with friends to give blankets to the Booth Home in Schenectady every Christmas.

Suzie was a natural athlete — a beautifully graceful skier and a highly skilled and talented competitive golfer. The game of golf was her passion and part of her soul. Suzie was a longtime member of Ballston Spa Country Club having been a three-time Women’s Club Champion. She was a true leader and worked tirelessly on building the wonderful relationships that the women of Ballston Spa Country Club share. Suzie was the net champion of the Schenectady County Women’s Amateur and the winner of many local golf tournaments with her golf partner, Susan Kahler. They were a formidable team with victories in the Capital District Women’s Open, several Northeastern Women’s Golf Association events and local invitationals. Her golf accomplishments also included seven holes-in-one, two in one year, the last of which came in a tournament that they won at Waubeeka Golf Links in late 2018, while courageously battling her illness.

Suzie was a founding member of the Pin Seekers Golf League at Schenectady Muni where she mentored many women over the years. She was always willing to help her friends improve their golf games whether it was educating about etiquette, giving a suggestion in technique, or finding the right pair of shoes or new clubs.

Suzie traveled extensively — to Europe, Canada, the Caribbean, and throughout the United States. She loved playing new and scenic golf courses, and often talked about the beautiful golf holes she enjoyed the most. The island green at TPC Sawgrass was high on that list when her brother treated her to rounds there. She was an avid Yankees fan and sports enthusiast. While viewing a game or a golf match, she vocally supported her team or favorite player, never hesitating to loudly cheer or critique a bad shot or play. She enjoyed an occasional trip to the casino and would often play her Dad’s lucky numbers and use his approach to pick the winning horse. She had a sense of style that was well known, admired and acknowledged by her friends and even her health care providers. She always looked great!

Survivors include her loving brother and sister-in-law, Rick and Joni Mansfield; her close cousins, Elaine and Tim Pedrick; and many other cousins. Her family and lifetime friends, Gloria and Don Maki and Susan Kahler, will miss Suzie every day.

Suzie would want to thank her many health care providers in Albany, Boston and Miami, and all her wonderful friends who provided support during her illness, and accompanied her to appointments.

A celebration of Suzie’s life will be held at a later date. Contributions in Suzie’s memory may be made to the Women’s Association at Ballston Spa Country Club, Attn: Susan Kahler, P.O. Box 117, Ballston Spa, NY 12020, or to the Evangeline Booth Home, 168 Lafayette Street, Schenectady, NY 12305.

To leave a message for the family online, visit www.NewComerAlbany.com.