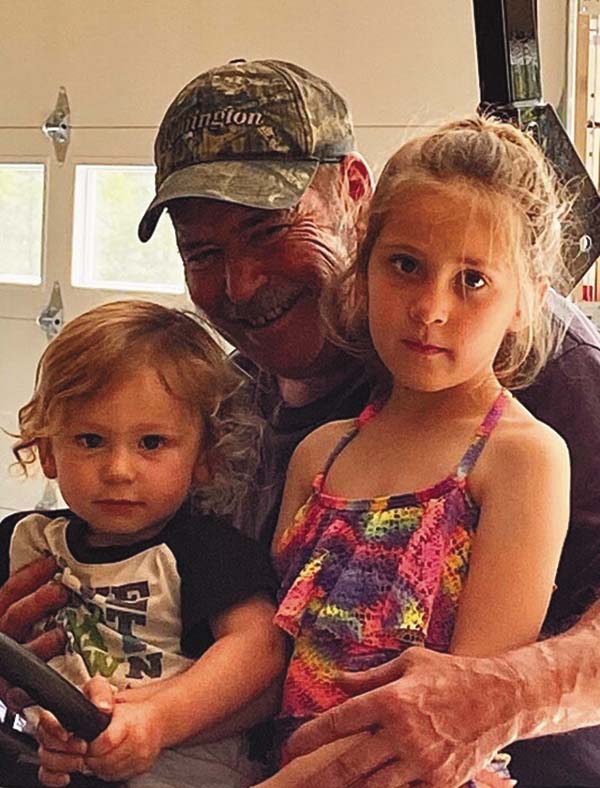 David P. Keck, 58, of the town of Oppenheim, New York, passed away unexpectedly at his home on Monday morning, July 6, 2020.

He was born on July 31, 1961, in Amsterdam, New York, and was the son of the late, Albert Keck and Donna (Sweet) Harrington. David was educated at Canajoharie Central School and graduated with the class of 1979.

David was currently employed as a truck driver for F & F Transport in Fonda, New York. He worked for the company for 30 years as a valued employee.

He was a member of the Spike Horn Club and a former member of the Dolgeville Rod and Gun Club. In his spare time, he enjoyed hunting, fishing and he loved his Corvette. His most precious time was spent in the company of his family and friends and most lovingly, with his two grandchildren.

David is survived by his son, Daniel Keck and his wife, Crystal of the town of Ephratah; two grandchildren, Sawyer Keck and Parker Keck; siblings, Wayne Keck and his wife, Cindy of Oppenheim, NY, Stacy Keck-Colliton and her husband, John of Roxbury, NY and Todd Keck of Florida; aunts, Linda Coons and her husband, Gary of Meco, NY, Sally Savoie of Fonda, NY; an uncle, Gary Sweet of Arizona; a cousin, Dale Keck of Stratford, NY; many other cousins and family members; special best friends, Ronnie Millington and his family of St. Johnsville, NY, Fred Hastings and his family of Fonda, NY, Peter Szymanski Jr. and his family of Oppenheim, NY; several other dear friends; and former wife, Nancy LaCoppola of St. Johnsville, NY.

In keeping with David’s wishes, there are no funeral services. The family is being cared for by Miller-Plonka Funeral Home, 30 Wolf Street, Dolgeville, New York.

To leave a message of sympathy for the family of David P. Keck, please visit www.millerplonkafuneralhome.com and sign the guestbook.