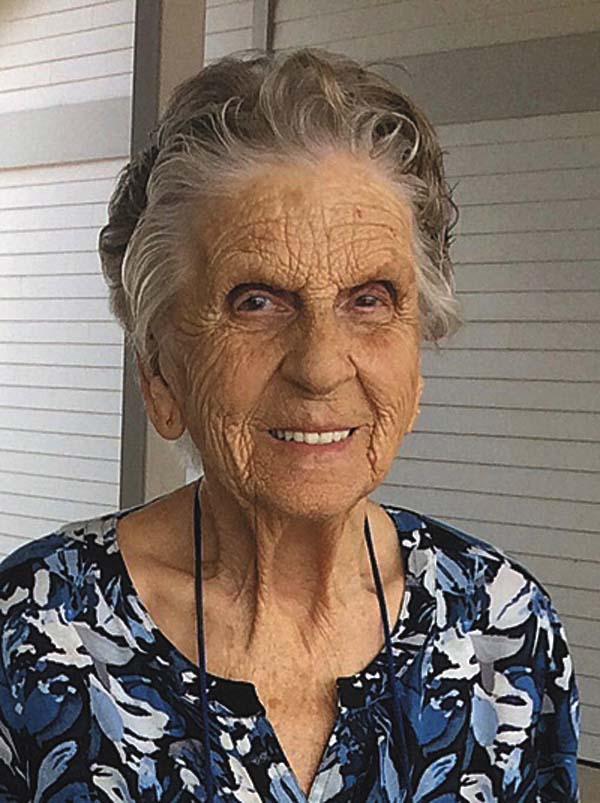 Virginia “Jeanne” A. Antonucci, 88, of the town of Oppenheim, New York, passed away peacefully early Monday morning, June 22, 2020, in the comfort of her own home.

She was born on August 30, 1931, in Dolgeville, New York, and was the daughter of the late, Clarence and Hazel (Youker) Klock. She attended Dolgeville Central School.

On February 25, 1950, Jeanne was united in marriage to Frederick Antonucci at the Dolgeville United Methodist Church Parsonage, in Dolgeville, New York, with Pastor Robert Belbin officiating. The couple shared a blessed union of 67 years together until Fred passed away on September 25, 2017.

Jeanne spent the majority of her life as a caring wife and homemaker as she and Fred raised their three children in a loving home. She enjoyed quilting, sewing and crocheting. She was also a former member of the Oppenheim Senior Citizens.

Her most precious time was that spent with her beloved family, especially during Sunday dinner, where the family would gather together. A loving wife, mother, grandmother and great-grandmother, Jeanne will be dearly missed by her family.

Jeanne was predeceased by her husband, Frederick Antonucci, a half-brother, Robert Klock and her son-in-law, Ronald Monk.

In keeping with family wishes, calling hours and funeral services will be private. Interment will be held in Rural Park Cemetery in Inghams Mills, New York, where she will be laid to rest with her husband, Frederick. Arrangements are with Miller-Plonka Funeral Home, 30 Wolf Street, Dolgeville, New York (315) 429-7123.

Please consider memorial contributions for the Oppenheim Volunteer Fire Department, 6786 State Highway 29, St. Johnsville, New York 13452 or the Herkimer County Humane Society, 514 State Route 5S, Mohawk, New York 13407. The family would like to thank the EMS team of the Oppenheim Volunteer Fire Department. A special thank you to Dr. Akber Hassam for his blessed support and care over the years.

To leave a message of sympathy for Jeanne’s family, please visit www.millerplonkafuneralhome.com and sign the guest book.