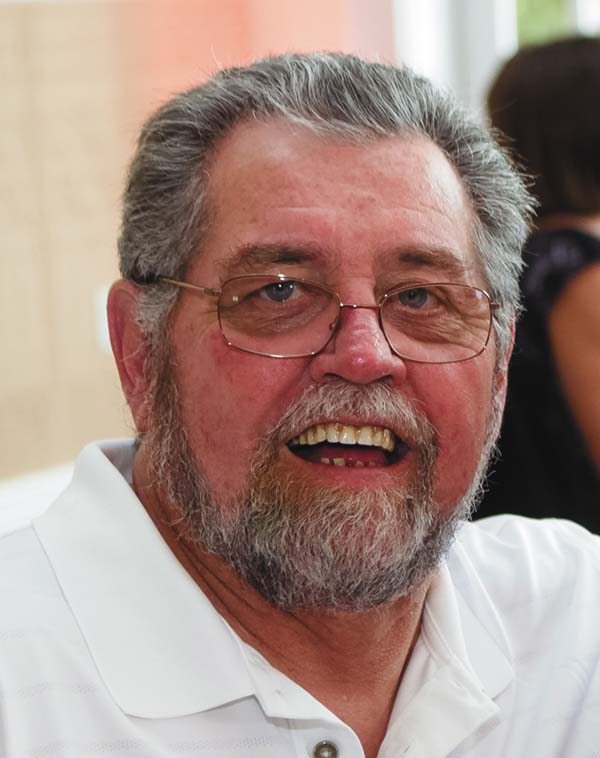 Richard A. Rackmyre, 74, of Gloversville, N.Y., passed away on June 16, with his family by his side at Ellis Hospital, Schenectady, N.Y.

On December 4, 1965, he married the love of his life, Sarah Lyons Rackmyre (Sally), going on to have three children. Rick was a devoted father to Richard, Christina, and Joseph. Determined to provide for his family and give them the life he felt they deserved, he took pride over the years working at Johnstown County Recycling, Johnstown Knitting Mill and Glens Tavern that helped support his family and their dreams. His family meant more to him than anything else in the world, something he often mentioned.

In addition to his wife, Sally, Rick is survived by his children and their families: Christina Rackmyre (daughter) and husband Jordan Wessels, Joseph Rackmyre (son) and wife Michele, granddaughters, Marlysa Rackmyre, Morgan Fryc, Lauren Wessels and Hannah Wessels-Lapointe. Other “Treasures” in his life are the extended great-grandchildren, Makenna Fryc, Carter and Margo Lapointe.

The twinkle in his eye arrived when his granddaughter, Marlysa Rackmyre was born. A bond that will forever be connected. There was never a time that “Pop’s” wouldn’t have a 5 spot in his pocket. Ready for the next time he would see her, casually slipping it into her hand. No doubt that piggy bank is stuffed full. Her imitations of Pop’s & his go-to words: “OMG,” “Jesus Christ” and “whatever” are priceless and sure to make you laugh.

If you had ever walked into a room while Rick was watching TV, you would have experienced the “Shhhhhh!” This learned behavior was shaped in his formative years with quality time he spent with his grandmother, Emma Rackmyre. No doubt this was the beginning to his love of the Hallmark and Lifetime channel. Clicking on the channel would always be followed with “I haven’t seen this one.” Clearly, that was never the case.

Rick was a huge sports fan and enjoyed watching them all. If there was a game on TV he would be watching. As a true New Yorker, always cheering for the Mets and the Giants. Over the years, he enjoyed golfing, bowling and attending golf tournaments as well as NASCAR races.

Rick enjoyed the simple pleasures in life. Spending time with family and friends which was usually prompted by him. Before you knew it you would have Rick as a house guest. He loved to head to Florida to visit Bernice and Michael Polacko (sister-in-law), go on boating adventures with David Rackmyre (brother) and Dawn Williams, have impromptu BBQs by his son’s pool and head to Maine for a long weekend to see his daughter. He also loved spending time with Lisa Mussey (sister) and Daniel Lane when they came back to N.Y. to visit along with many cousins, nieces, and nephews. Always welcomed surprises with stories to tell, memories made and let’s not forget the Genesee Light.

To all that predeceased him: He held a special place in his heart and the memories never faded away. Emma Rackmyre (grandmother), Blanche Gardner (mother), Richard A Rackmyre Jr. (son), Linda Cosselman (sister), Donna Kenyon (sister).

The family extends its sincere appreciation to Dr. Philip Paty, MD, FACS and Vascular Health Partners, River Ridge Living Center, and Ellis Hospital staff for all their exceptional care and kindness. Always going above and beyond. We will never forget them.

In the true Rick fashion, dress comfortably. Wear your best NASCAR or sports team T-shirt, lounge pants, or even slippers as he would. Well, he would expect when his wife yelled “get dressed” before she left the house.

In lieu of flowers or memorial contributions, what would make him the happiest would be for you to be with family or friends having a toast in his honor. If you still feel compelled to donate, please pick a charity of one’s choice in his honor.

Everybody has a Rick story and we’d love to hear them all. Please visit the online memorial and sign the virtual guest registry to share a memory of Rick or send a condolence to his family at www.finocanfh.com.

Anyone who knew Richard, Ricky, Dad, Pop’s, Grandpa Rackmyre knew that he was the most loving father, grandfather and spouse a family could ask for. He will be deeply missed by his family, friends and all that knew him.