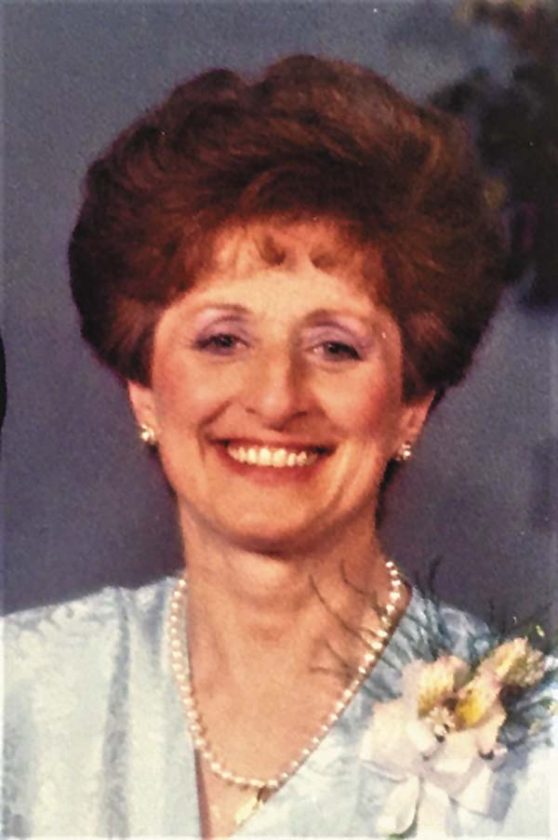 Delores H. Cacopardo, 86, of Lake Katrine, NY, died Friday, May 29, 2020 at Ten Broeck Commons. Born in Gloversville, NY, she was a daughter of the late Arthur & Helen (Romano) DeSantis.

Dee, as she was known, was a vivacious and outgoing person who had a giving heart. She was an amazing Italian cook with a reputation of providing delicious food whenever anyone stopped at their home. She was famous for her Christmas cookies which were anticipated by everyone she encountered. Additionally remembered as the on-call “taxi driver” to all her children and their friends. She was very loved and always was first to step forward to help those in need. She was deeply devoted to her church and was a Eucharistic Minister, a teacher’s aide in the CCD program, and an officer in the Rosary Society at St. Catherine Labouré in Lake Katrine. Later was an active member in the local chapter of the Red Hats. She graduated Gloversville High School and worked for DECA records. She moved to the Kingston area with her husband in 1957.

She spent time as a homemaker, sewing, bowling, and later worked as a teacher’s aide at Rhinebeck Country School. Her passion was her children. She cared for and was called Nanny by her grandchildren and many other local children, becoming a second mother to them. She cared for her husband tirelessly at home during his struggle with ALS. In her final years, she was diagnosed with Alzheimer’s, but always had a smile for all; ultimately passed due to Covid-19.

In addition to her parents, Dee was predeceased by her husband of 50 years, Joseph Cacopardo, who passed in 2007.

A private family graveside service will be held in Wiltwyck Cemetery.

Simpson-Hammerl Funeral Home is honored to assist the family of Delores with the arrangements.

A Mass and celebration of her life for Dee will be shared at a later date. We hope that all her family and friends will come to share at that time.

In lieu of flowers, the family suggests contributions be made in Dee’s memory to: alz.org, Alzheimer’s Association.

Online condolences may be left for the family of Dee by visiting www.SimpsonHammerl.com