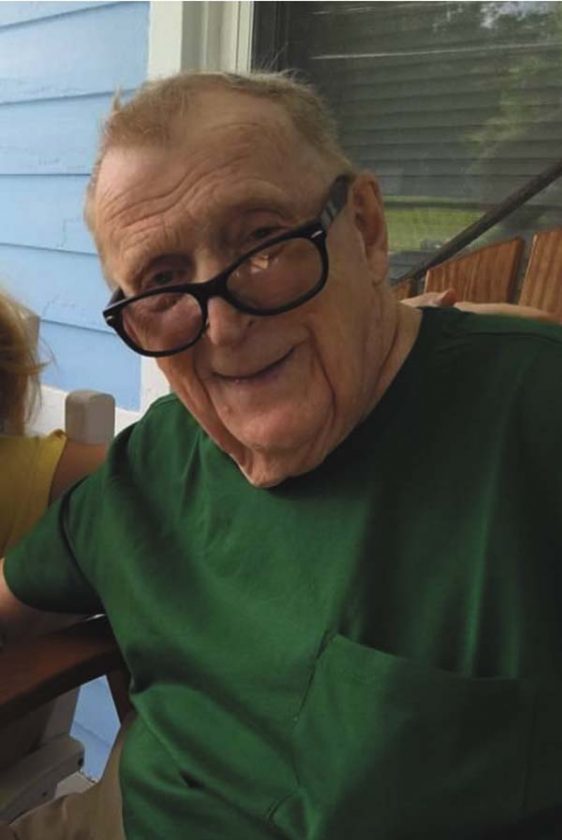 Cecil Norris Daggett, 101, life-long resident of Perth, N.Y., went to be with the Lord on May 30, 2020 at home. Cecil’s belief in the Lord was the foundation of his faithful and charitable life.

Cecil served the Perth community in a wide variety of roles throughout his long life, including Town Councilman, Town Clerk, volunteer fireman, Trustee of the Perth Center Cemetery Association. He was a member and trustee of the Perth Bible Church. When someone in town was in need, Cecil was always there to help when no one was looking.

Cecil worked at farming, running a general store with his brother Jimmy, and as a machinist at General Electric. He was a member of the Kennyetto Masonic Lodge #84 of the Free & Accepted Masons in Broadalbin.

In addition to his parents, he was predeceased by his wife, Lillian; a son, Paul, a brother, James; and a sister, Elsie Vosburgh.

During his declining years, Cecil was fortunate to be able to stay in his home with his little dog Daisy due to the wonderful and loving team of caÂregivers, including Patty Sawyer, Sara Brown, Penny Iannotti, Keri Mills, Linda Morrison, Nola Szypula, Deborah Sanderson, and Patty Davis; Dr. Kevin Cope; and others to whom the family will be eternally grateful.

Due to the current health situation, services will be held privately for the family. Interment will be in the Perth Cemetery. Memorial contributions may be made to the Perth Center Cemetery Association or to the Wildwood Foundation, both in care of the funeral home. Arrangements are by the Robert M. Halgas Funeral Home, Inc. 111 County Highway 106, Johnstown, N.Y. 12095.