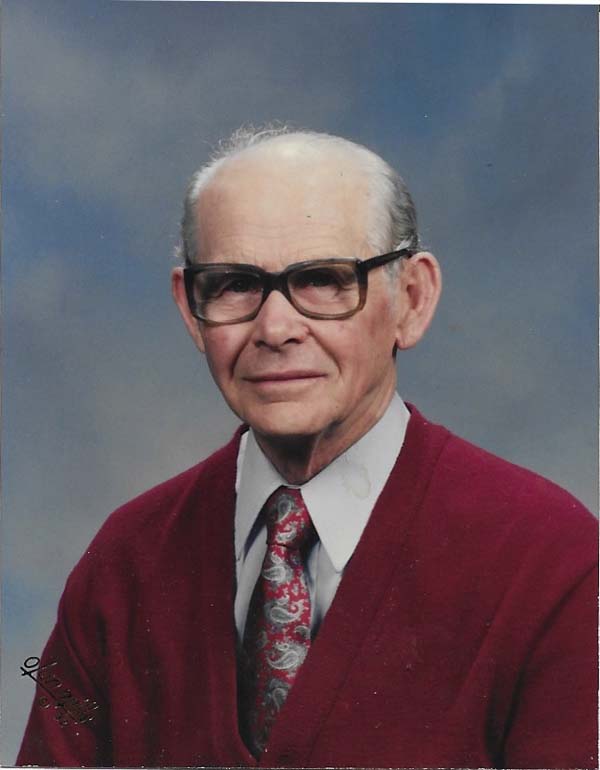 “Rog,” as all knew him, was born in Broadalbin on June 28, 1925, a son of Charles Herbert and Alice Brown Deuel and attended Broadalbin Central School. Roger was a lifelong area resident. He married his childhood sweetheart, Doris Marie Mosher on June 30, 1945. She passed away on January 12, 2020, less than two months before his passing.

Roger served the village of Broadalbin for 57 years as Superintendent of Public Works, Water Commissioner, and in other capacities. He also served on the village board for over 30 years and was a member of the Kennyetto Volunteer Fire Department for 13 years.

At Broadalbin Baptist Church he served as trustee and deacon for nearly 60 years. He especially enjoyed working in the Awana’s children’s program alongside his beloved wife, Doris as well as greeting people on Sundays by handing out the service bulletins. For decades he helped out with maintenance at the Sacandaga Bible Conference. Roger loved serving his church and his community.

In 2006, the Broadalbin village people gathered at Java Junction and declared September 13, as “Roger Deuel Day” with a ceremony and food and beverages. Ten years later in 2016, the village people gathered to dedicate one of its new classic streetlights to Roger. At the ceremony, Mayor Eugene Christopher said of Rog, “There’s nobody that tops him — he’s dedicated. Seven days a week he goes to work, and he still does it.” Friends often referred to Roger as “Mr. Broadalbin” because he loved the village and its residents. He accepted and appreciated this unofficial title.

In addition to his parents and his wife, he was predeceased by three sisters, Helen (Everett) Sabbatis, Marion (Willis) Tollner, and Alice Jean (Louis) Van Kleek; and two brothers, Charles (Helen) Deuel and James (Edna) Deuel.

A joint celebration of life for both Roger and Doris Deuel will be held at the Broadalbin Baptist Church on Saturday, April 25, at 11 a.m. Memorial contributions may be made to the Sacandaga Bible Conference, in care of the funeral home. Arrangements are by the Robert M. Halgas Funeral Home Inc., 111 County Highway 106, Johnstown, NY 12095.

Roger’s family would like to gratefully acknowledge the extraordinarily compassionate care that was extended to him and Doris at Wilkinson’s St. Mary’s Healthcare third floor staff.