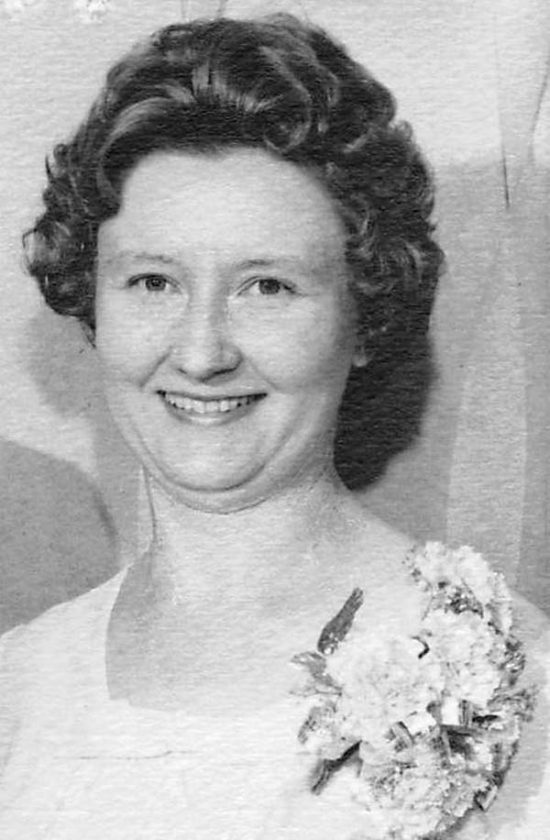 Born in Browns Hollow on October 23, 1921, she was the daughter of the late Carl Mahr and Emma (Liebing) Mahr. A lifelong area resident, Marion attended local schools graduating from Canajoharie High School in the class of 1939. She was employed as a bookkeeper for a short time at the Beech-Nut Company before beginning her life as devoted wife, loving mother, and gifted homemaker.

On June 1, 1940, she married Homer Buteau. They purchased a dairy farm from the Peterson family in Randall where they lived, and raised their three children. Marion was an active member of the Randall Community Reformed Church where she taught Sunday school and summer Bible school. She was a devoted member of her community, participating in the Fonda-Fultonville PTA, and local farm groups.

Marion is survived by her children, Clayton Buteau of Johnstown, Sylvia Cosgrove of Niskayuna, and Beverly (Robert) D’Alessandro of Scotia, NY; as well as her beloved grandchildren, Rhonda Terry of Schenectady, and Greg (Jada) Williams of Charlotte, NC. She also leaves behind her great-grandchildren, Racquel Adams, Leffon Adams, Solomon Terry, Seven Terry, and Shane Terry, all of Schenectady, Jason Williams of South Carolina, and Kaylyn Williams of Charlotte, NC; as well as five great-great grandchildren; nephew, Donald (Kathryn) Spencer; and numerous cousins.

She was preceded in death by her parents, Carl and Emma Mahr; husband, Homer Buteau, who passed away in 2002; sister, Virginia Spencer; brother-in-law, Harold Spencer; and son-in-law, John Cosgrove.

Marion’s family wishes to express their gratitude to the staff and residents of Wells Nursing Home, where she has lived since 2008. During her time there she made many friends, and greatly appreciated the care provided to her over the years.

Interment will take place in the spring at Canajoharie Falls Cemetery in Canajoharie, NY, where Marion will be laid to rest with her husband.

In lieu of flowers, donations in Marion’s memory may be made to Wells Nursing Home, 201 West Madison Avenue, Johnstown, NY 12095.