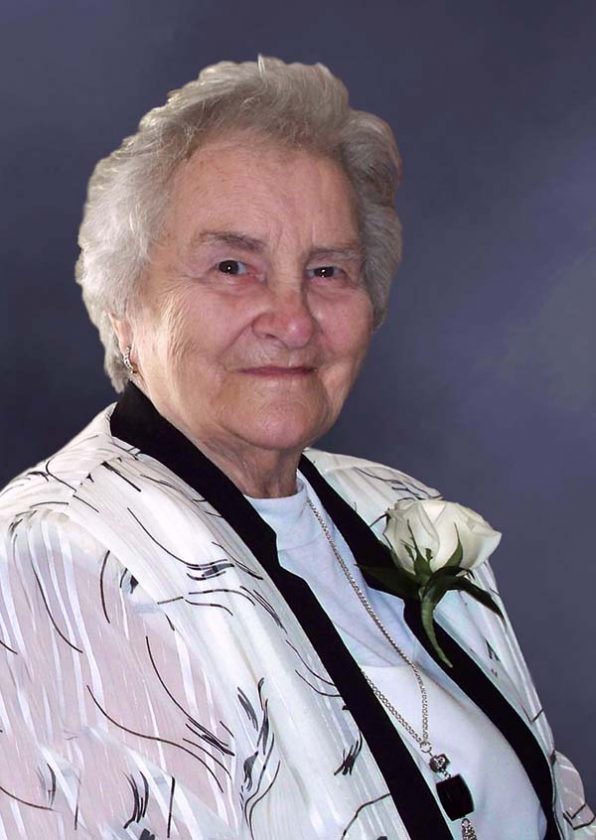 Margaret R. Santangelo, age 91, of Johnstown, passed away on Sunday, January 26, 2020, at the Wells Nursing Home with her loving family by her side.

She was born on September 7, 1928, in Ballston Spa, a daughter of the late John Holland and Ida McDonald Holland.

Margaret was a graduate of Gloversville High School. She was employed for many years at Woolworth Department Store in Gloversville. Mrs. Santangelo later worked as a record presser at the former MCA/Decca Records which became Universal Records until her retirement. Margaret was of the Catholic faith, a communicant of the former Immaculate Conception Church and current Holy Trinity Church. She enjoyed shopping, babysitting her grandchildren and cooking. In her retirement years, she enjoyed traveling.

Visitation for family and friends will be prior to the Mass on Saturday, February 8, from 8:30 until 9:30 a.m. at the church.

Interment will be in St. Patrick’s Cemetery, Johnstown in the spring.

Contributions in Margaret’s memory may be made to the Activities Department of Wells Nursing Home, 201 W. Madison Avenue, Johnstown, New York 12095.