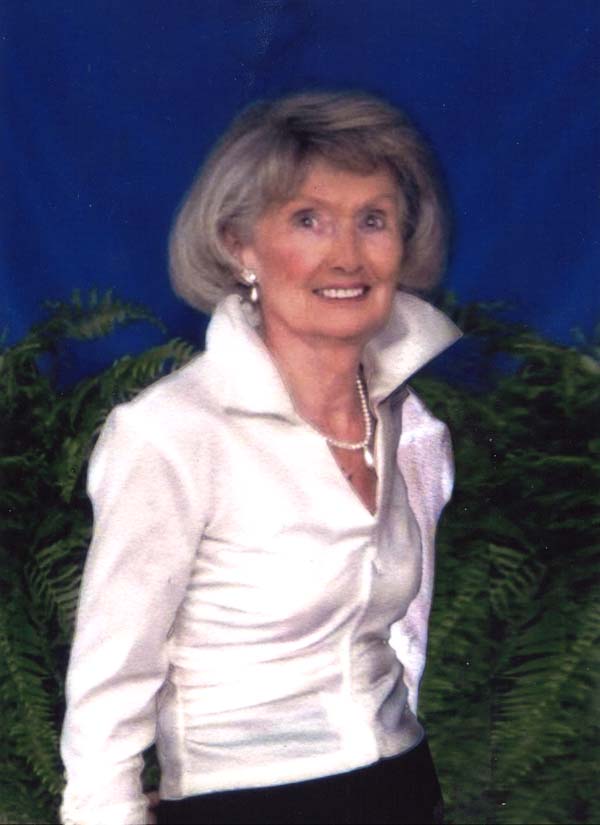 A bright light has gone out. Elaine Hoye, of Gloversville, passed away at home on February 4, 2020. Elaine Ringland Hoye was born on March 18, 1926 in Utica, NY, the daughter of Samuel and Kathryn (Paine) Ringland. The family moved to Schenectady, NY in 1940, where her father accepted a teaching position at Mont Pleasant High School. Elaine graduated from Mont Pleasant High School and Russell Sage College School of Nursing. She was a loyal participant in the Harvard Medical School Nurses Health Study from 1976 until her death. She was enrolled in the U.S. Cadet Nurse Corps during World War II.

In 1947, Elaine married her childhood sweetheart and the love of her life, Ted Hoye, at Memorial Chapel of Union College. They moved to Ithaca, Rochester, Utica and in 1958, to Gloversville. When Ted passed away in 2001, they had been married for 54 years and raised six children.

Elaine was employed by Nathan Littauer Extended Care Facility from 1972 to 1984 and served as Charge Nurse. In the mid 1980s, she joined the Fulton County Committee for Hospice Formation, where she acted as Secretary. She also served as Secretary of Hospice of Fulton County, and worked as a volunteer hospice nurse.

Elaine was a member of St. John’s Episcopal Church of Johnstown and served on its altar guild. She was a longtime member of the Pecks Park Historical Society.

Elaine’s family was her greatest joy. She loved people, feeling that strangers were simply friends she had yet to meet. She enjoyed music, piano, calligraphy and watercolor painting. She was always gracious and giving, consistently upbeat and quick with a smile or laugh.

The Hoye family extends its sincere thanks to Elaine’s dedicated team of aides, whose exceptional care allowed her to remain comfortable and at home in her final days.

Elaine is survived by her children, Theodore Hoye III (Anna-Marie) of Gloversville, Nancy Hoye of Alexandria, VA, Daniel Hoye (Patricia) of Gloversville, Polly Hoye (James DelSavio) of Gloversville, and T. Samuel Hoye of Gloversville. Also surviving are her brother, Charles Ringland (Ann) of Cape Coral, FL and a sister-in-law, Susan Hathaway Ringland of Gloversville. She leaves five grandchildren, Alana (John Paul) Barnaba, Lola (Julian) Miller, Jaclyn Hoye, Adam Hoye-Simek and Mason Hoye; and three great-grandchildren. She was predeceased by a daughter, Judith in 1959; a son, Gregory in 1986; and a brother, George Ringland in 2017.

In her final act of generosity, Elaine donated her remains to the Albany Medical College Anatomical Gifts Program. Contributions in Elaine’s memory may be made to St. John’s Episcopal Church, P.O. Box 395, Johnstown, NY; the Parkhurst Field Foundation, P.O. Box 706, Gloversville, NY, or to the charity of one’s choice. The family will receive friends at the John W. Finocan Funeral Home at 13 Prospect Avenue, Gloversville, on Sunday, February 9, 2020, from 4 to 7 p.m. A memorial service will be held at St. John’s Episcopal Church at 1 N. Market St., Johnstown on Monday, February 10, 2020, at 10:30 a.m.

Online condolences may be made to www.finocanfh.com.