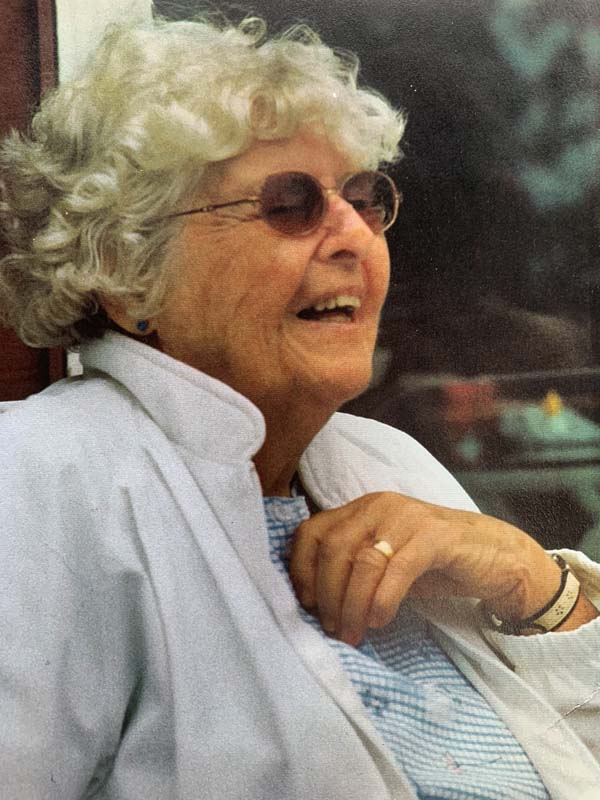 She graduated from Troy High School and attended Russell Sage College in Troy. After marriage to the Rev. Albert Anderson, she raised three children in Montpelier, VT, and then in Syracuse, NY. Doris worked as a Paramedical Services Coordinator for many years at the teaching hospital, Upstate Medical Center, in Syracuse. Upon retirement, she moved to North Port, FL, with her husband, Brian Johnson. She was a very talented violinist, who taught violin to local school children, played in the North Port Orchestra, and served as its President for several years. Her special interest was in family genealogy, and she was a member-officer of Colonial Dames and Daughters of the American Revolution. She volunteered extensively in a variety of organizations throughout North Port, including the Friends of the Library, Coast Guard Auxiliary, and the Meals on Wheels program.

Doris’ greatest joy was spending time with her family at the camp that her father and grandfather built in the town of Fish House on the Great Sacandaga Lake in New York, where she also volunteered for many community efforts. She enjoyed some wonderful later years with her great friend, James Champion. After moving back to the northeast, she was lovingly attended by her daughter, Judy.

Montano-Shea Funeral Home, at 922 Main Street in Winsted, CT, has care of the arrangements. Interment will take place in Union Mills Cemetery in Broadalbin, NY, in the spring. Visit her online guest book at www.montano-shea.com.