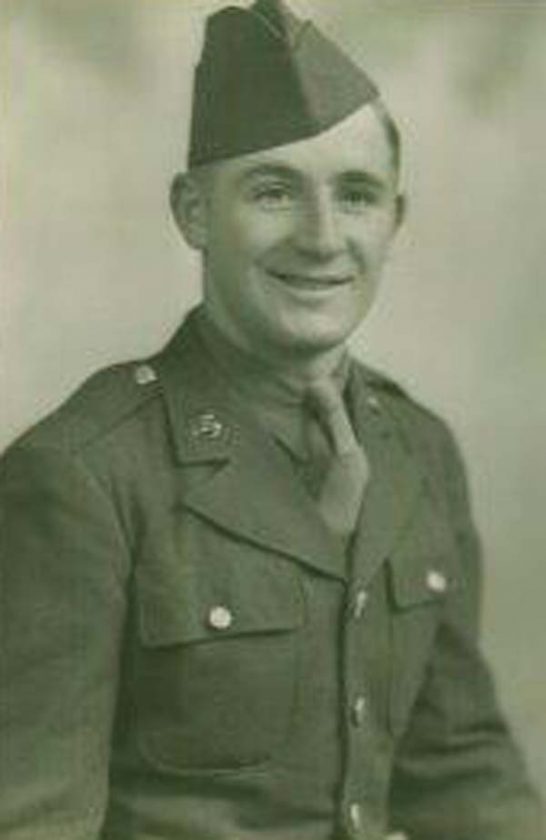 Howard Richard “Dick” Neahr, 95, of Southline Road, Galway, passed away at home on Saturday, Nov. 2, 2019, with his loving family at his side.

He was born at home in Hagedorn Mills on July 8, 1924, a son of Howard and Anna McGowan Neahr and attended local schools. Dick was a lifelong area resident.

Mr. Neahr was a veteran of the U.S. Army and served in World War II as a rifleman in Easy Company in Ardennes, Central Europe, Normandy, Northern France and Rhineland. He received the Eurpean-African-Middle Eastern Service medal, the Good Conduct medal, and the Purple Heart Medal of Honor.

Dick was employed with the NYS Thruway Authority, based in Amsterdam, for 21 years, retiring in 1986.

He enjoyed driving his tractor and cutting trees on his land and just walking out in the big woods. Dick loved to hunt and fish and spend time with the guys at the hunting camp. He also loved his motorcycles and snowmobiles, and riding roller coasters (even in his seventies). He just loved the thrill and excitement. Dick enjoyed playing practical jokes on people and had a great sense of humor, even though he was mostly a very, quiet, laid back man, and a man of few words. He also enjoyed playing cards, dominoes, and word search books and puzzles. Mostly, he loved spending time with family and friends, especially his grandchildren.

He married Sylvia A. Thornton, his teenage sweetheart, on March 28, 1942. Married for nearly 75 years, she died on March 16, 2017. In addition to his wife and parents, he was predeceased by his siblings, Homer and Carl Neahr, and Louise Sherman; and a great-grandson, Logan Wieland.

Calling hours will be held on Wednesday from 4 to 6 p.m. at the Robert M. Halgas Funeral Home Inc., 111 County Highway 106 (corner of Route 29 and Black Street), Johnstown, followed by a funeral service at 6 p.m. with the Rev. Dr. R.W. Williams, officiating. Cremation will be performed at Park View Crematorium, Schenectady. Final burial with military honors will be held at Barkersville Cemetery at a later date.

Memorial contributions may be made to the Alzheimer’s Assoc. or to Mountain Valley Hospice, both in care of the funeral home.