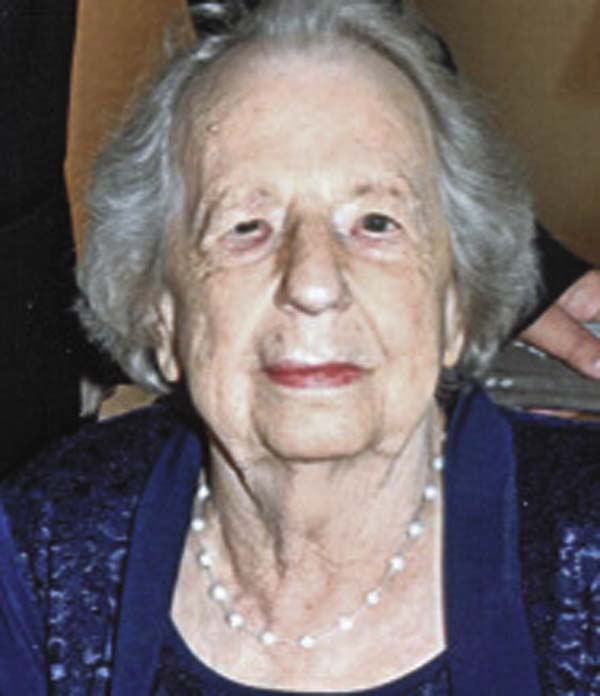 She began her education attending small local schoolhouses, and graduated from Fonda High School. She spent her lifetime as a homemaker, which she did in every sense of the word. June was a loving and devoted wife, mother, and grandmother. She loved to bake and cook, especially for holidays and Sunday dinners which she enjoyed with her family.

Aside from her busy family life, June enjoyed to read and watch television. She also loved looking out her kitchen window, watching boats go up and down the Mohawk River. She also enjoyed sitting on her front porch, taking in the beauty of nature.

On June 28, 1952, she was united in marriage to George F. Hanson. They shared 44 years of marriage before his passing on June 19, 1996. June was predeceased by her parents; as well as her sisters, Virginia, Mary Jane, Gloria, Patricia, Cecile, and Carol.

June is survived by her loving family including her daughter, Lorraine (Robert) Myers; her son, Alan D. (Linda) Hanson; and her grandchildren, Michael, Brett, Ryan, Kyle, Sean, and Megan. She is also survived by her great-grandchildren, Cole and Morgan; as well as by her brother, Edward Calhoun; and several nieces and nephews.

Funeral services will be conducted on October 4, 2019, at 10 a.m. at the Jackson & Betz Funeral Home, 15 Main St., Fultonville. Interment will follow in Pine Grove Cemetery. Relatives and friends are invited and may call on October 3, 2019, from 4 until 7 p.m. at the Jackson & Betz Funeral Home. Memorial contributions may be made in her memory to the Montgomery County Office for the Aging, 135 Guy Park Ave., Amsterdam, NY 12010 or to Community Hospice, 179 Lawrence St., Saratoga, NY 12866. Please visit June’s guestbook online at www.brbsfuneral.com.