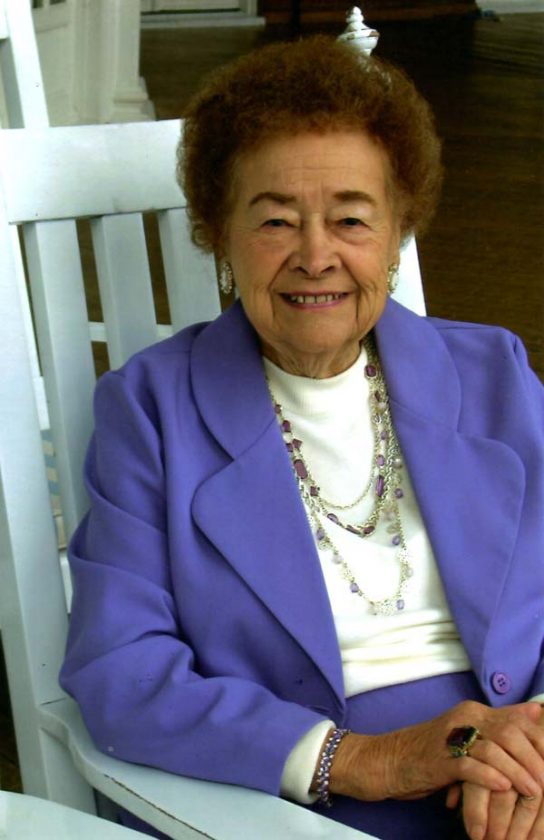 Iva Stock Winsman Zajicek, 95, of Johnstown, passed away on Saturday, Oct. 26, 2019, at the Nathan Littauer Hospital Nursing Home. She was born on Sept. 12, 1924, and was the daughter of Roy and Mary (Countryman) Stock.

She was a 1941 graduate of Johnstown High School.

Iva married Franklin Winsman in 1946. He died in 1963. In 1964, she married Rudolph Zajicek. He died in 1995. Iva was a devoted wife who always said that she had been blessed with two wonderful husbands.

Iva was employed by the Leon Swears Glove Company from 1941 until its closing. She continued her employment at the former City National Bank, in Gloversville, until her retirement in 1987. At that time, she had been promoted to Assistant Branch Manager at the Fifth Avenue Office. She also held the distinction as being City National’s first female officer as she served as a second Vice President. She and her family were very proud of her accomplishments.

She was a member of Soroptimists International for over 40 years. This was an organization that she was proud to be involved with. Iva was also one who enjoyed bowling. Over the years, she had been a member of The Windjammers, The Early Risers and The Wells Swingers Bowling leagues.

Iva was also a woman of great faith and was believed to be the oldest member of the North Bush Methodist Church.

She was a great cook and baker, as she was best known for her “butterhorn” cookies.

Her other interests included her trips to the casinos and going out to dinner with friends. She loved flowers. Her flower boxes were grand and a wonderful joy for her to tend and admire. Iva always said that she was a lucky lady and, we believe, so were those who knew her. Iva’s greatest attributes were her personality, generosity and love for her family.

Iva is survived by her daughter, Kathryn Zajicek and a special daughter, Barbara Anderson of Johnstown; two granddaughters, Melissa Zajicek and Elizabeth Kiffney; two great-grandsons, Matthew (MJ) Enchautegui and Brandon Lemanski of Johnstown. Other survivors include a sister, Loretta Ferrari; two sisters-in-law, Louise Stock and Patricia Bjelica of Johnstown; a special son, Edward (Joann) Barnes of Ocala, Florida, the Sacerio Family of Johnstown, many nieces and nephews and a special friend, Mary Sanges; and the caring staff and dear residents of the NLH Nursing Home in Gloversville.

She was predeceased by her parents; her husbands; her son, William Zajicek; her sister, Versella Barney; her brothers, Robert Stock and Donald Stock; and her best friends, Helen Smolik and Arlene Sitterly.

Iva will be remembered as a wonderful mother and grandmother. She was a nice lady, who loved purple, and had a beautiful smile.

Burial will be at Maple Avenue Cemetery in Fultonville.

Memorial contributions may be made to the North Bush Methodist Church, 1009 North Bush Road, Johnstown or the Nathan Littauer Nursing Home Recreational Therapy Department, 44 Easterly Street, Gloversville or the charity of one’s choice.

The family wishes to thank the caregivers and entire staff of the NLH Nursing Home for the love and compassion they have shown to Iva and the other residents. They were, and are our extended family who will forever be in our hearts.

May Iva rest in peace.