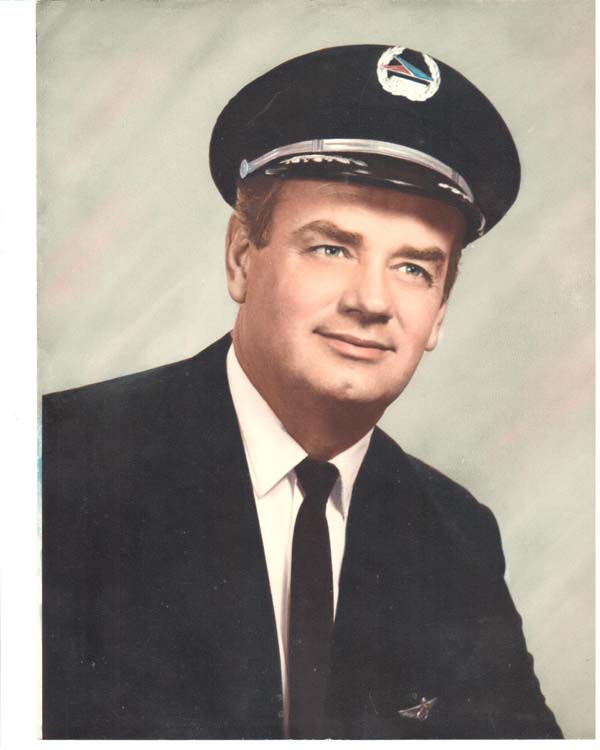 Capt. Herbert L. Dudley, 88, of Edinburg, NY, made his final flight west, to be with the Lord, on Wednesday, August 28. Herb passed peacefully at home after a very long illness. He was born January 27, 1931, in Schenectady, NY, the son of George William Dudley and Olive Mae Neverman. He attended Schenectady schools and graduated from Draper High School in 1949.

He was fascinated with planes and flying from early childhood. One day a small plane flew overhead and landed in a field down the road from his then home in Guilderland. He ran to investigate and ended hitching his first plane ride. His path was set, he had to fly. From that moment he would do anything required to advance his aviation career. His flight training was all at local airports, whenever he could earn enough money for an hour or two of flight training. That career that ranged from cargo flights to Europe to being stationed above the Arctic circle for six weeks at a time during the ’50s Cold War, delivering supplies for the construction of the Distant Early Warning Line, Executive Flying for GE, then as the youngest pilot ever to fly for GE Flight Test, and finally as a captain for U.S. Airways, retiring after 29 years there.

Herb was a member of the USAir Soaring Eagles, QB’s, EAA602, and AOPA.

His devotion was to God, family, aviation and gardening.

He is survived by his loving wife of 65 years, Joan Koch Dudley; his son, David; and cousins, Roy Gilch and Robert Neverman.