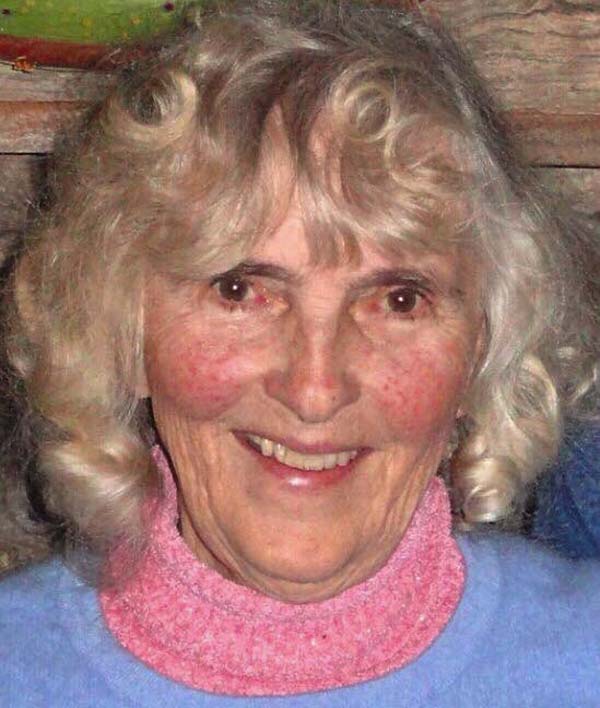 Ann McBurney Underwood passed away on Friday, August 30, at St. Peter’s Hospital Hospice surrounded by her three sons. Annie joined her husband James G. Underwood, who passed away on June 9, of this year. Annie was born Ann Eugenia McBurney in Buffalo, NY on October 5, 1933. She was the daughter of Grace and Kenneth McBurney. Annie and her sister Kay grew up in Johnstown, NY and attended Johnstown public schools. After high school, Ann attended and graduated from Becker Junior College. In 1952 she married her husband of 66 years and she and James raised four boys.

Annie raised her four boys at home as well as running daycare for many children. Like her husband, Jim, she had the uncanny ability to discern and fulfill the needs of many young people in her community. She filled in as a second parent to many neighborhood kids with parents who were both working. Annie was always there with a kind or comforting word, a plate of warm cookies, or a warm meal fresh from the oven. When her children were grown, she became a Court Officer and later Commissioner of Jurors for Fulton County.

Annie was never a hover Mom. Everyone was encouraged to think for themselves and be responsible for their own actions. “Don’t tell Mom” became a common phrase that older brothers shared with younger siblings knowing full well that Annie’s sixth sense lie detecting ability could not be overcome.

Annie was a member of St. John’s Episcopalian Church since her youth. She was actively involved in all aspects of her church including the choir, altar guild, nursery school, and head gardener. She planted and maintained the wondrous gardens surrounding the historic church grounds. The congregation at St. John’s were an extended family that Annie loved and cared for. Annie cared for many members of the community, always willing to give her time for others. Annie drew her strength from her community at St John’s. She had such a strong faith and never questioned or doubted her path and God’s plan for her and her family and community.

Annie and family lived on Jansen Avenue in Johnstown until they built and moved into their dream home on Caroga Creek in 1974. Annie spent the last 45 years growing her signature gardens at their home. Those gardens were admired by all who came to visit. She was a master gardener, cook, quilter, full time Mom, and lifetime companion to her husband. She also served as a full time referee for four unruly boys.

Annie, Jim and her boys spent decades of long summer days at Camp Owls Nest on Schroon Lake and throughout the Adirondacks. A most memorable summer was spent care-taking Great Camp Uncas near Raquette Lake.

She was the biggest fan of her boys and her husband “the coach.” She was always there in the stands supporting “Team Underwood.” She spent many long weekends on hard bleachers at wrestling tournaments, ski meets, track and cross country meets, watching each of her boys and her grandchildren compete around the state and world.

She is survived by her sister, Grace Kay Brady; three sons, James, John, and Robert; eleven grandchildren and four great-grandchildren. In 1980 her third child, Billy died in a tragic fishing accident and although it changed her life forever, she accepted it and went on, living a life of service to so many. There was not one day she didn’t think of him or speak of him, for the rest of her life. She gave the same loving guidance to her grandchildren and great-grandchildren with the energy of a new Mom. A plate of fresh cookies would always be there when they visited.

Above all she was filled with kindness and happiness and joy. She loved to laugh and had many great stories. She was full of life.

The Underwood family would like to convey our gratitude to the staff of St. Peter’s Hospital Hospice during Annie’s final days and to the many friends and relatives that visited her. We ask that any donations in Annie’s name be made to St. Peter’s Hospital Hospice in Albany, NY, St. John’s Episcopal Church in Johnstown, NY, or a charity of one’s choice. A service of remembrance will be conducted at a later date when all the family and friends can gather together.