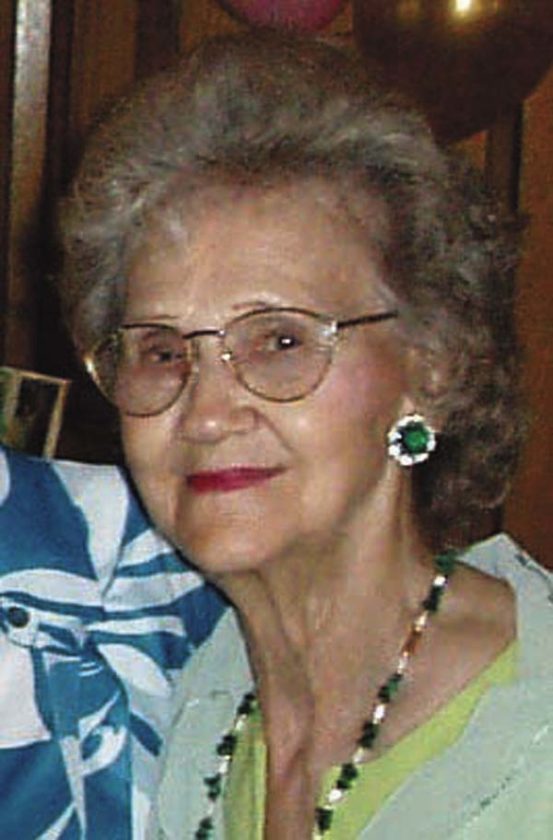 Rosemary Lane Widmer Pierce, 94 of Esperance (formerly of Fonda), passed away on Friday, December 29, 2017 at the Our Lady of Mercy Life Center, Guilderland.

She was born on August 27, 1923 in Herkimer, a daughter of the late Joseph B. Widmer and Bessie Curtiss Widmer.

Rosemary was a graduate of Herkimer High School. She was first employed as a Secretary for Remington Arms in Ilion. Mrs. Pierce later worked as a Nurse’s Aide at Wells Nursing Home. Rosemary and her husband Delbert were longtime members of Fonda Reformed Church. She was also a member of the Glen-Mohawk Seniors and the Writers Club of Margaret Reaney Memorial Library.

Rosemary was predeceased by her husband Delbert S. Pierce, Sr. whom she married on August 26, 1944 and who passed on April 3, 2013 and five siblings Dorothy Widmer, Isabel Widmer, Marjorie Gilbert, Joseph W. Widmer and Elizabeth Lynch.

Funeral Services will be conducted at 11 a.m. on Tuesday, January 2, 2018 at the Fonda Reformed Church, 19 Broadway, Fonda with Pastor Karen Patterson officiating.

Interment will be in Evergreen Cemetery, Fonda immediately following the funeral service.

Contributions in Rosemary’s memory may be made to Memorial Sloan Kettering Cancer Center by visiting their website at https://giving.mskcc.org/.