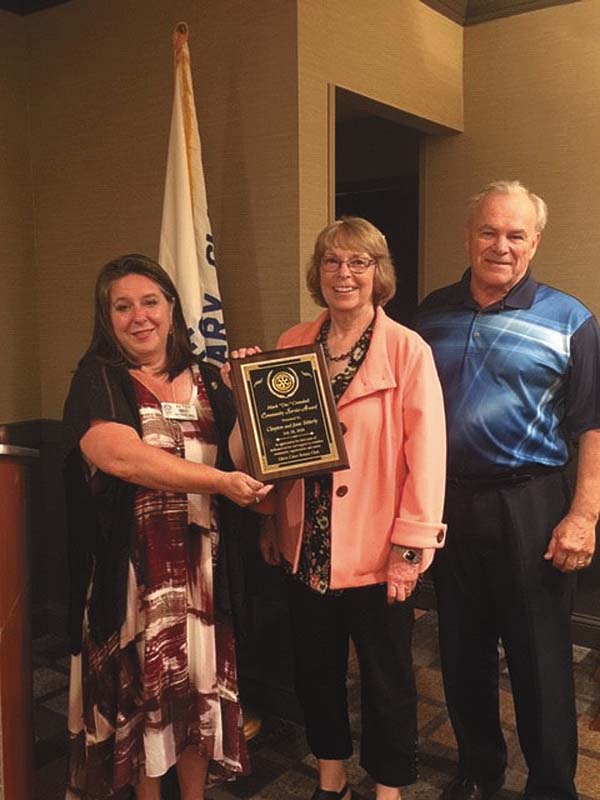 Jane and Clayton Sitterly of Johnstown have been selected as the honorees of this year’s award in recognition of their many years of community volunteerism and service to others. $1,000 was donated in their name to four different organizations of their choice. NOAH meals program, Mountain Valley Hospice, Wells House and Meals on Wheels will share the donation equally.

The Sitterlys have a long list of community involvement. Both of them have been volunteers for over 20 years with the NOAH meals program (Needy or Alone and Hungry).

Jane, a retired Special Education teacher for 30 years, has been active in the Wells House, Holy Trinity Church, Kateri Tekakwitha Shrine and the Johnstown School District with a special focus on Scholarship. She served on the Johnstown School District Museum Board of Directors, William A. Wright Scholarship Fund, Wells House Board of Directors, and Johnstown Retired Teachers Association and has served as a Eucharistic Minister. She is a volunteer for the Elizabeth Cady Stanton Hometown Association and Sunflower Shoppe. Jane is also known for her special fundraising gift baskets that have helped many local organizations.

Clayt was associated with Coldwell Banker Arlene M. Sitterly, Inc. for 53 years and was the owner operator from 1983 until 2005. He has served on national, state and local Boards of Realtors working in leadership positions and earned the Realtor Emeritus designation. He is a longtime volunteer for Meals on Wheels, delivering for 35 years. He has volunteered on both the operating and foundation boards of Mountain Valley Hospice, Johnstown and Fulton County Chambers of Commerce, Johnstown Economic Development Corporation and YMCA. He was associated with the Glove Cities Colonials for more than 20 years as a player, coach and board member.

Both Clayt and Jane have supported many other community organizations over the years both financially and with their time and efforts including Johnstown Purple and Gold Club, Johnstown Football and Baseball, Parkhurst Field and United Way.

They are the parents of two daughters, Kate and Quinn, and three grandsons.