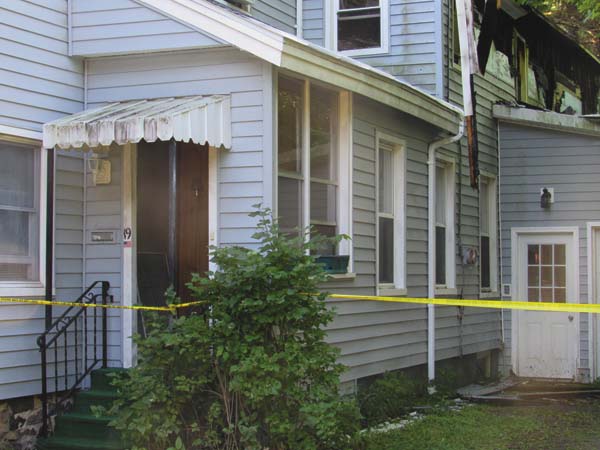 A fire-scorched home at 19 Summer St. in Gloversville is seen this morning. (The Leader-Herald/Michael Anich)

GLOVERSVILLE — Area fire crews battled a four-alarm fire through the night at a vacant two-family home on Summer Street that broke out shortly before midnight.

The Gloversville and Johnstown Fire Departments were dispatched to 19 Summer St. at 11:41 p.m. Wednesday following a call from a neighbor who observed flames coming from the unoccupied two-family home.

Battalion Chief Robert King requested a second battalion upon arrival as fire crews found heavy smoke and fire coming from the second floor of the home.

Firefighters advanced hose lines in an attempt to contain the fire that spread quickly through the second floor, making entry into the building difficult due to heavy smoke and heat.

Gloversville called two more battalions and Johnstown requested additional personnel to the scene to assist with the operation. 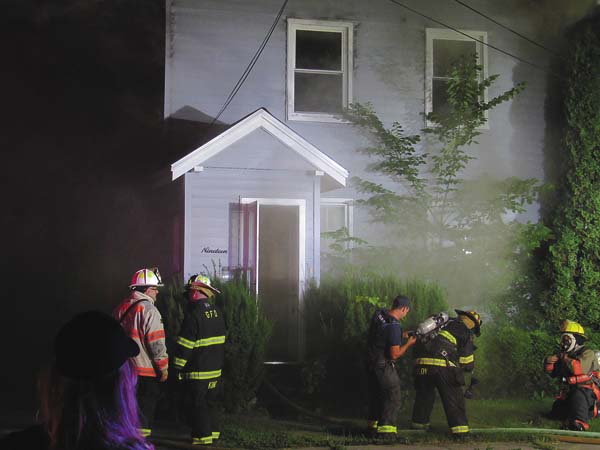 Gloversville Fire Chief Thomas Groff today said the construction of the building combined with the summer heat and the heat from the fire created difficult conditions for fire crews.

“The summer heat and heat of being in the building was tough,” said Groff. “We had to have a lot of guys to keep at it. It was a difficult fight, but we got it.”

The fire was brought under control in roughly an hour as fire crews continued to battle the blaze, overhauling the building and searching for hotspots in an attic space. All units were back in service today at 4:14 a.m.

Despite the difficult conditions, Groff said that no injuries were reported. Throughout the operation firefighters were closely monitored and given breaks to rehydrate.

Fire damage to the building was largely contained to the second floor and an above attic space. The building also suffered heavy water damage due to the difficulty fire crews faced in extinguishing the blaze. A neighboring home did not suffer any damage as a result of the fire. 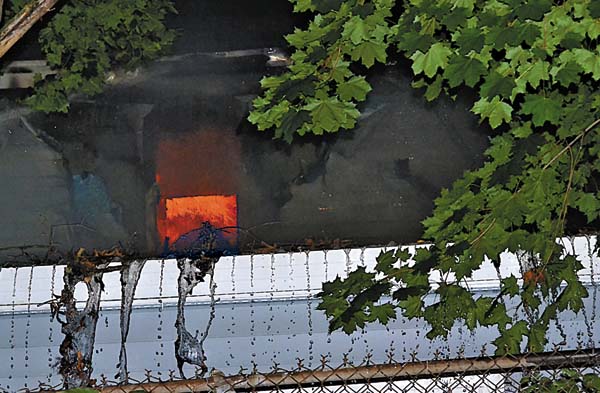 Fire can be seen inside a home at 19 Summer Street in Gloversville early this morning. (The Leader-Herald/James A. Ellis)

Although the building is in “rough shape,” the fire chief said it may be salvageable.

“I think if someone wanted to repair it, it could be repaired,” said Groff.

Groff noted that the owner of the property, a Gloversville resident who recently inherited the dwelling, has been notified of the fire. But the fire chief did not know of any plans for the property as of this morning.

The cause of the fire is currently under investigation by the Gloversville and Johnstown Fire Investigation Teams.