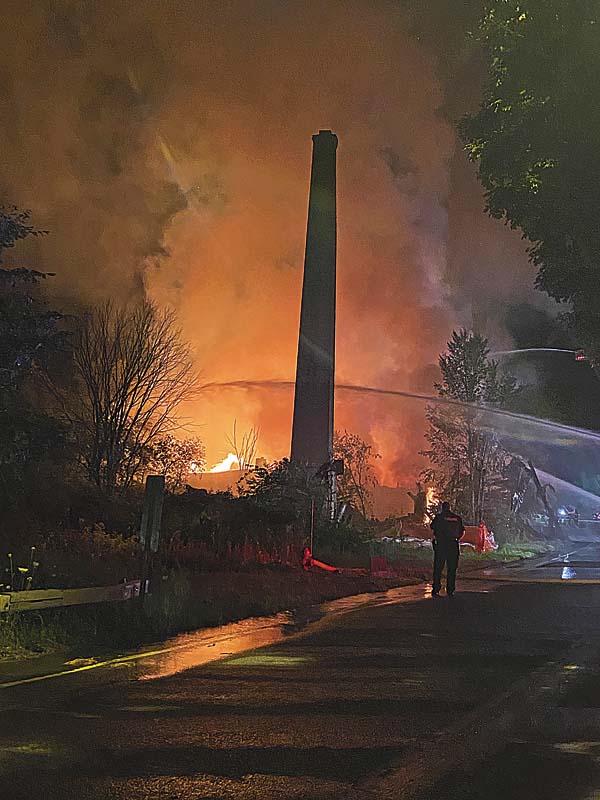 GLOVERSVILLE — Fire crews this morning remain on the scene of four-alarm fire that broke out at a former leather mill on Rose Street on Monday night. Police investigating the fire have one man into custody this morning on charges of arson and reckless endangerment, with additional charges likely.

Both the Gloversville and Johnstown fire departments responded and encountered a fully-involved structure fire on arrival. Both departments called all hands to the scene and requested mutual aid from area fire stations.

“They were up against it when they got here,” said Groff.

Firefighters within roughly one to two hours were able to contain the fire at the mill building as it continued to burn throughout the night. As of this morning, Groff said the abandoned building had been reduced to rubble and fire crews remained on the scene putting out hotspots within the debris. 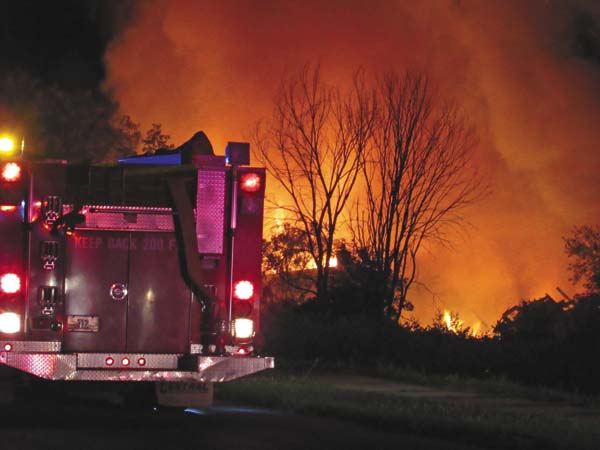 There have been no reported injuries to firefighters or civilians in connection to the fire. The blaze caused some exterior damage to adjacent homes located across the street, but Groff said the residences can be occupied with damage limited to melted siding. The fire additionally damaged a pickup truck located nearby.

While fire crews battled the blaze, Gloversville police interviewed residents and bystanders in the area to develop information that led to the arrest of Lincoln J. Flansberg Jr., 44, of 28 Rose St., in connection to the fire.

Flansberg, who was in police custody pending arraignment in City Court this morning, has been charged with fourth-degree arson and first-degree reckless endangerment. Police say additional charges in connection to the incident are likely, but there is not believed to be any threat to the community at large. The fire remains under active investigation by the Gloversville Fire Department and state fire investigators.

As a result of the fire and the continuing investigation, a section of Rose Street or Route 29A from the intersection with West Fulton Street Extension to the entrance to the Gloversville Middle School campus, was closed as of Monday night and is expected to remain closed throughout most of today.

Groff said the city within the past few weeks had actually demolished a small portion of the structure at 1 Rose St. out of concern that the building would collapse into the roadway. 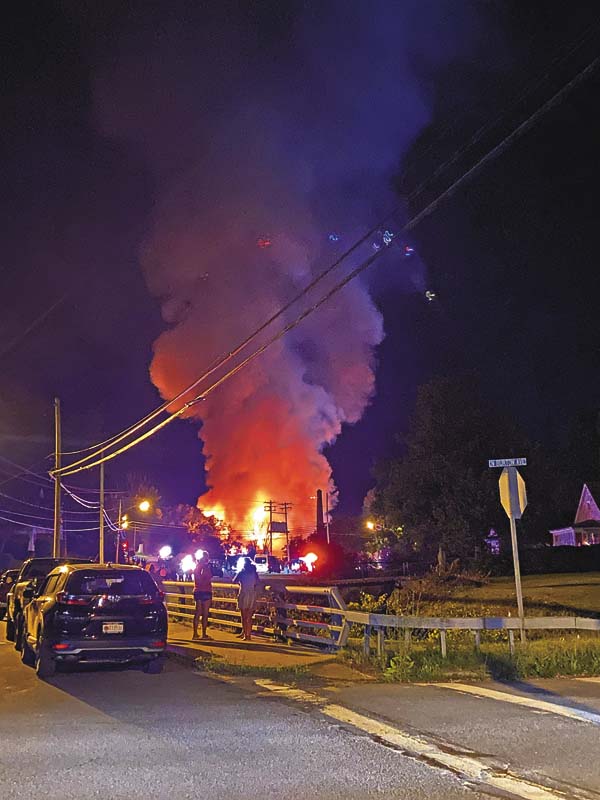 According to Fulton County property records, the former leather mill was acquired by William Anagnostopulos in 1993 and ownership was transferred in 2002 to his Johnstown-based company, the Van Tent Pole Company. Anagnostopulos passed away and the property was abandoned.

According to Groff, the property was ultimately removed from the Fulton County tax rolls after the county declined to foreclose on the property due to the former known use of the building as a leather mill and out of liability concerns. The Gloversville Common Council subsequently removed the property from city tax rolls by resolution in February 2015.

The Gloversville Fire Department was assisted on the fire scene by the Meco, Berkshire, Pleasant Square, Sammonsville and Sir William Johnson fire departments. Members of the Fulton County Office of Emergency Management, Greater Amsterdam Volunteer Ambulance Corps and Gloversville Department of Public Works also responded to the site to assist. 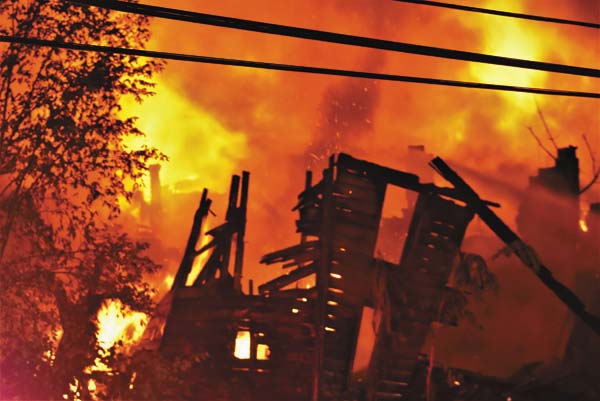 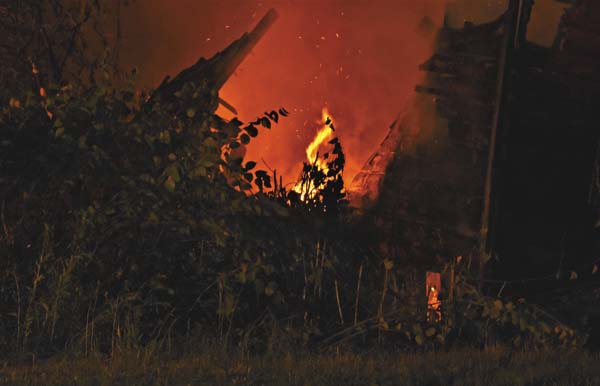 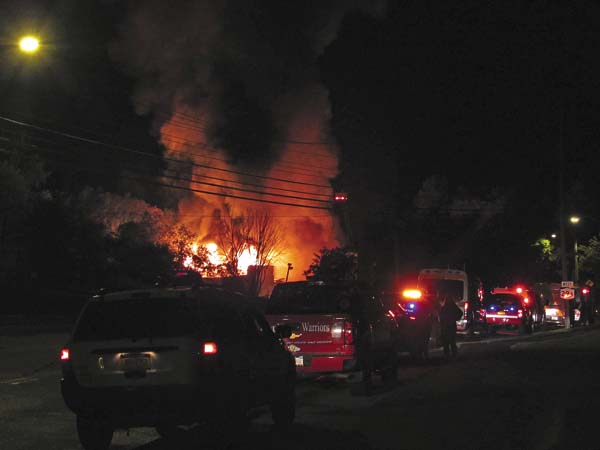