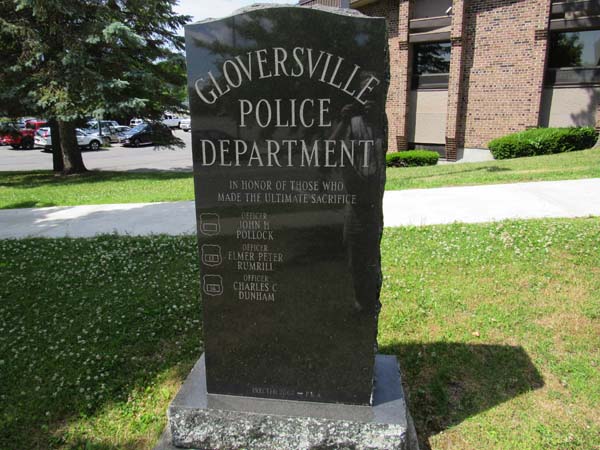 A monument outside Gloversville City Hall is dedicated to fallen officers. (The Leader-Herald/Michael Anich)

GLOVERSVILLE — Existing policies and procedures at the Gloversville Police Department are in-line with police reform measures recently announced at the state level and proposed by the federal government, according to Police Chief Anthony Clay.

“I want to reassure you that your police department is on what I believe to be the forefront of really already incorporating a lot of the reforms being proposed,” said Clay during Tuesday’s Common Council meeting. “I wanted to kind of point out what I think a lot of our state leaders are not recognizing or just isn’t making it out there.”

Clay pointed to the city police department’s accreditation through the state Division of Criminal Justice Services as requiring the department to comply with 109 standards and best practices identified by the state.

“We are assessed on them on a regular basis to make sure we are in compliance with this model of program that the state has thought best for police departments to be aligned with,” said Clay, noting that the department’s most recent assessment occurred on-site in January. “It is no small lift on our part to maintain this accreditation, to maintain standards of accreditation, but I think it’s important for our department, for our community.”

Standards of accreditation through DCJS encompass administrative provisions, training protocols and operational procedures. The state accreditation program was launched in 1989 with the goal of improving the effectiveness and efficiency of law enforcement agencies, promoting increased cooperation and coordination between agencies, ensuring appropriate training for personnel and promoting public confidence in law enforcement agencies. 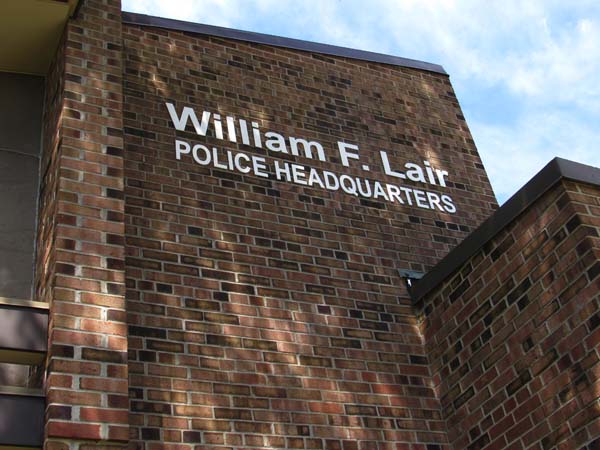 In recent weeks, protests calling for police reforms and an end to police brutality have swept the country following the May 25 death of George Floyd in Minneapolis. Floyd’s death sparked outrage after a witness video was released showing Floyd handcuffed on the ground calling out that he could not breathe while former Minneapolis police officer Derek Chauvin knelt on Floyd’s neck for approximately nine minutes as three other officers looked on.

Calls for police reform were reinforced following the death of Rayshard Brooks who was shot by police in Atlanta on June 12.

Cuomo additionally banned officers from using chokeholds to restrain individuals, appointed the attorney general as an independent prosecutor for police involved deaths and repealed Section 50A of state Civil Rights Law which prevented police disciplinary records from being released.

The governor also issued an executive order requiring local police agencies statewide to perform comprehensive reviews of agency policies, procedures and practices to address the needs of their particular community and to “promote community engagement to foster trust, fairness, and legitimacy, and to address any racial bias and disproportionate policing of communities of color.”

As part of the review, police agencies and local governments must consult community stakeholders and community groups. The resulting plan will be subject to public comment and adoption by local government no later than April 1, 2021 before it is submitted to the state.

The executive order issued by Cuomo must consider evidence-based policies including standards of the state Law Enforcement Accreditation Program, which Clay noted city police already adhere to. The police chief also noted that city police in 2016 began utilizing body worn cameras and in 2019 the department comprised of 35 officers completed over 6,000 hours of training.

“I’m sad to see that in all of this information getting pushed out, police reform and different suggestions for programs and things of that sort, as far as I can see, this has been completely missed,” said Clay. “I would like to give you a sense of reassurance that the reforms that are being pushed out … are not going to be significant really for us in any way, shape or form.”

Clay went on to highlight efforts to launch a “neighborhood engagement unit” within the department that would see officers visit neighborhoods with representatives from community service agencies seeking to connect with residents while providing families access to any needed services with the goal of improving the quality of life for individuals and strengthening the community as a whole.

City police began working to develop the new initiative earlier this year and had hoped to begin the program in the spring before the state stay at home order to slow the spread of the coronavirus was issued in March.

Clay reported that he recently presented plans for the new program during a meeting of the Glove City Coalition that was also attended by La Shawn Hawkins who organized peaceful protests earlier this month in Gloversville and both the town and city of Johnstown.

“By the end of that day on Thursday, I had four or five calls come in from community organizations that want to be part of it. So, I think it’s setting up to be a very successful program,” said Clay.

Members of the Common Council and Mayor Vincent DeSantis expressed pride in the accomplishments of the city police department and the efforts by command staff to implement new programs years earlier than police departments in many larger cities.

“I want to point out that Chief Clay shortly after he became chief was talking to me about this neighborhood engagement program, so it was something that really was in his mind for a long time before any of these new reforms came down,” said DeSantis. “It’s an example of the proactive approach that our police department is taking and I’m very proud of that and the fact that they’re getting so much response from other organizations in the community now means that they really do see the potential for change with this.”

Clay pointed to support from the Common Council over the years as allowing the police department to adopt programs and techniques as they have been developed, along with the burgeoning support of community groups for the new initiative police are hoping to roll out to connect community members with needed resources while building relationships.

“I really think you should all be proud of what we’ve established in the police department and I really do believe we’re at the forefront,” said Clay.