FULTONVILLE — After successfully feeding 200 truck drivers in April during a Feed the Truckers event, volunteers are participating in a second event to provide meals for truck drivers.

The second Feed the Truckers event, being called “Sandwiches 4 Semis, A Free Meal to Say Thank You” will be held today at 3 p.m. in Fultonville at the Nationwide Transportation Brokers, just off the Thruway, Exit 28, at 58 Riverside Drive.

Drivers passing through will get a boxed meal.

According to a news release, the event was started by St. Johnsville resident and retired teacher Phoebe Sitterly who is using her “great appreciation” for truck drivers, and their dedication to serve, as the inspiration for an event to thank them with a meal. She planned a second event since the first one was “great success.”

Nationwide Transportation Brokers is hosting the event, and St. John’s Reformed Church in St. Johnsville is sponsoring the event.

“This second event will largely be supported by cash donations, that have just kept coming in. Ripepi’s will be helping to make the subs, Family Dollar in Gloversville is donating a lot of chips and various goodies, CG Roxanne is donating all the water, and Fulton Montgomery Regional Chambers is donating bags,” Sitterly said. “We will again be giving away 200 meals for the truck drivers. The out pouring cash donations, the people in Fulton and Montgomery counties are so kind and generous. They want to help truck drivers so much. It is just so amazing. I can’t thank our wonderful community enough.”

She said she is grateful for the volunteers who were at the first event and will be at the second event today.

“To be a part of what Phoebe Sitterly has organized for the truck drivers by providing lunch, is just a small token to show our gratitude,” said Nicole Walrath, Fulton Montgomery Regional Chamber of Commerce staff member. “We truly appreciate all of the long hours and hard work our front line works are putting in.”

“Phoebe is an outstanding person and I’m so grateful to be a part of this event that she put together. Seeing the smiles and gratitude that the truckers felt when I was handing them food made my entire day, and it showed me that it meant so much more to them than it did to us,” said Jenna Patterson, Fulton Montgomery Regional Chamber of Commerce staff member. “I can’t tell you how many times I heard ‘God bless you.'” 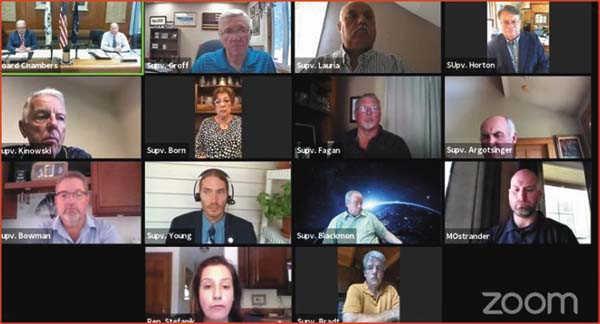 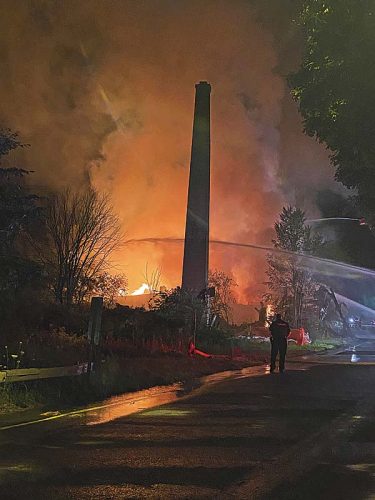