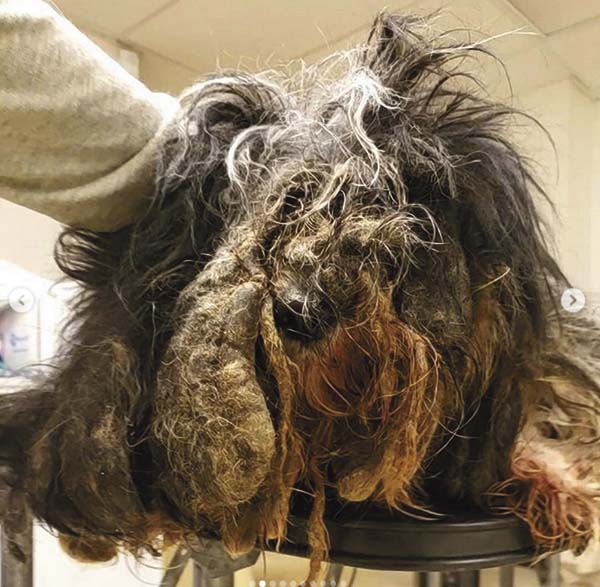 One of the dogs is shown (Source: Ayers web site)

FONDA — Seven dogs who were severely matted were seized from a home on May 12 after several years of being neglected and kept in an attic by their owner, who is now facing animal cruelty charges.

Miller was released on an appearance tickets, and all seven dogs were taken to Ayres Memorial Animal Shelter, and were provided veterinarian care by the Fort Plain Animal Hospital.

According to a news release, members of the Montgomery County Sheriff’s Office were called to Miller’s residence for an animal complaint from an anonymous caller who advised them there were numerous dogs at the residence that had been neglected for many years and have never been outside the home.

Upon arrival, deputies interviewed Miller and found seven Chihuahua type dogs that were being kept upstairs in the attic. 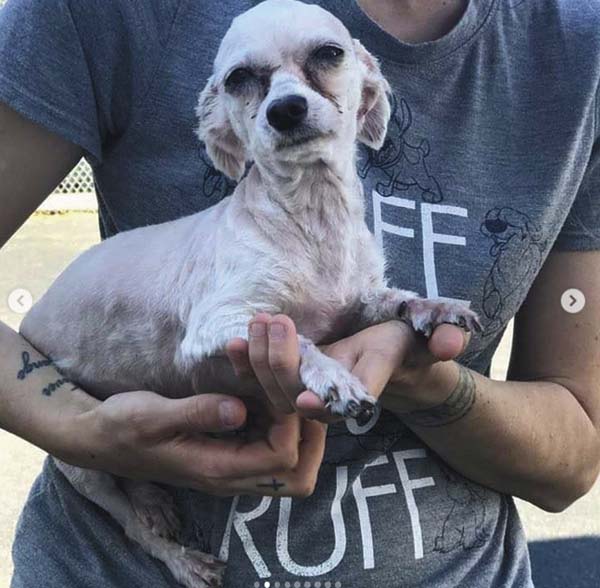 One of the dogs after being clipped is shown (Source: Ayers web site)

According to the release, deputies observed very poor living conditions, all seven dogs had extreme matted fur and were having trouble walking. Miller told deputies the dogs had not seen a veterinarian in more than seven years.

“They were the absolute worst we’ve ever seen,” said Marissa Christman, a kennel worker. “We couldn’t tell heads from tails.”

Christman said each dog was extremely matted and had a bad odor.

One of the dogs had mats completely covering his eyes.

“It’s probably been years since he could see,” Christman said. 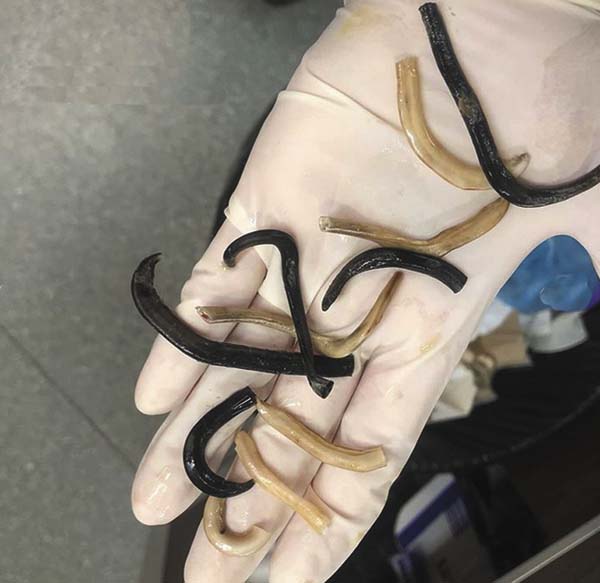 Some of the toenails are shown (Source: Ayers web site)

They found macaroni stuck deep down inside one of their ears, another had their ears matted up on top of its head and another had band aids stuck in its mats.

Before the dogs were groomed, workers at the shelter couldn’t tell which were female and which were male. Christman said there are six males and one female.

Two pads of the female’s paws were detached. The pads will most likely have to come off, or worse, they may need to amputate the dog’s leg.

Christman said their nails were also three to four inches long and growing upwards, so the long nails, combined with the extreme matting on their paws, they were not able to walk normal.

She said they had no other injuries, but will need dentals. They did not have any ticks, heartworms or fleas, most likely because they didn’t go outside. 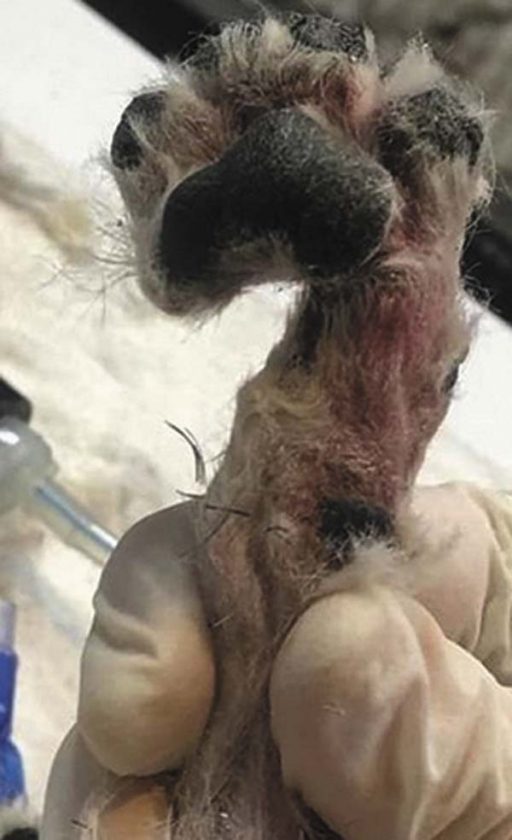 One of the dogs' paws where two of the pads have separated from the paw is shown (Source: Ayers web site)

Since the dogs arrived at the shelter, Christman said they are “completely different dogs.”

She said all they want to do is cuddle and run around.

Three of the dogs are learning to walk on a leash. She said some probably have never even walked on grass before.

Christman said although the dogs have been seized from the home, it usually takes time until the courts release dogs to them. However she said from the time the anonymous call went in to the sheriff’s office, deputies moved very quickly to move the dogs from the home to the shelter.

Ayres Memorial Animal Shelter are calling the dogs the “Lucky 7” because someone saw something and made the call to save the lives of the seven dogs.

To donate or volunteer, visit the Ayers website at http://ayresanimalshelter.org/