From left, Jenine Bouck of Broadalbin shows the “snowbird” watercolor work done by people in her class: Patricia Insogna of Hagaman and Dawn Snyder and Jessica Rivas, both of Amsterdam. (Photo submitted) 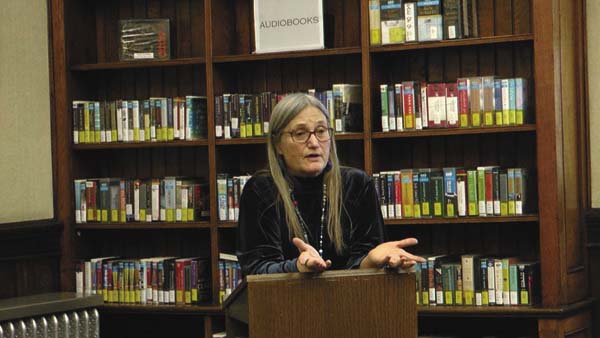 AMSTERDAM — The Foothills Arts Council began as a way of encouraging the arts downtown — and beyond.

“We started in 2017 with just an idea,” said Jay Towne, its president. “I couldn’t be happier the way we’re going.”

The group is collaborating with other organizations, such as Amsterdam Free Library, Centro Civico and Creative Connections Clubhouse, to make participation in the arts more accessible because that area is “not particularly well served by arts organizations,” said Richard Lyford, Foothills board secretary.

“We want people to express themselves,” Towne said. “That adds value to life.”

The library provides open space for nonprofit community groups, including Foothills’ monthly writers group at 6 p.m. on April 13 and May 11. “Our whole goal is to reach as much of the community as we can,” said Nicole Hemsley, library director. 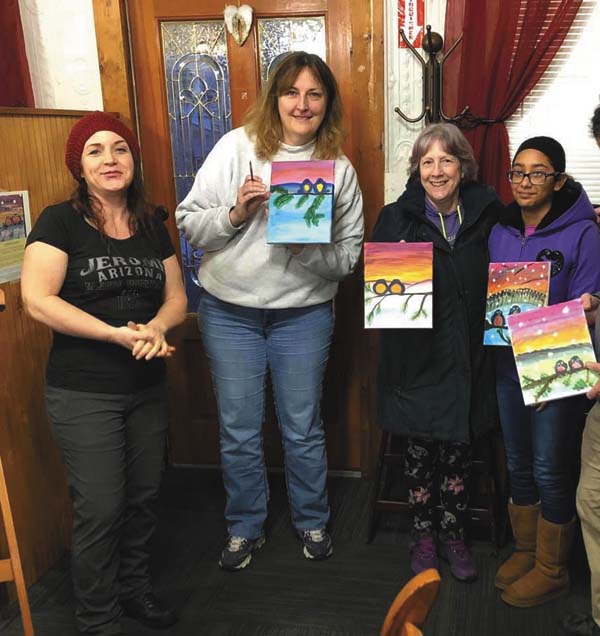 From left, Jenine Bouck of Broadalbin shows the "snowbird" watercolor work done by people in her class: Patricia Insogna of Hagaman and Dawn Snyder and Jessica Rivas, both of Amsterdam. (Photo submitted)

The writers group has various facilitators. Richard Lyford, Foothills board secretary and a pianist, has led the group at times.

Such groups provide positive feedback to beginning writers because normally “there’s not a lot of support for creativity in this culture,” she said.

Foothills held a creative writing contest with an awards ceremony on Feb. 1 at the library. Foothills went beyond giving recognition to producing a book, “Inspired: A Creative Writing Anthology,” for sale. 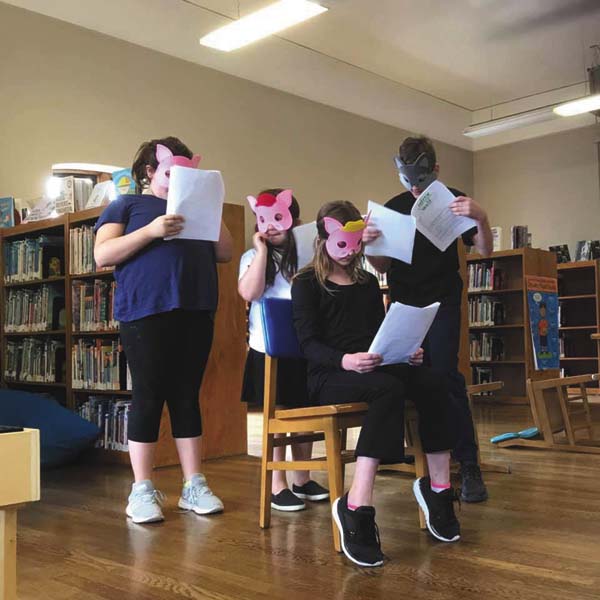 “We thought it was important for writers to see their writing in print,” Prest said.

On Jan. 25, Foothills held a paint-and-sip fundraiser in which participants made small reproductions on an easel with Jenene Bouck leading. “It was fun, fun to get together to joke and laugh, the camaraderie,” said Towne.

After staging “Almost, Maine” last September at Hagaman Civic Center, the council plans a short-play festival at 7 p.m. on Sept. 11 to 13 at the center. Foothills is seeking directors to oversee the judging of submissions, auditions and the production. Letters of intent and resumes should be emailed to jayt6255@gmail.com.

Foothills has a number of ideas that are currently in the works.

Creative Connections Clubhouse — a unit of HFM Prevention Council that works with youths at risk of substance abuse — is seeking a grant from the philanthropic Community Foundation for the Greater Capital Region that will enable youths to create a video showing the positive side of their lives.

Foothills is working on improvisation classes in June or July.

“There’s a lot hesitancy and fear in the way we interact with people,” said Lyford. “This is a way of freeing people up.”

For the second year, Foothills wants to hold a summer children’s theater camp, probably in August, for ages 6 to 16 to “teach children in dramatic expression, dramatic techniques.” Foothills is seeking an artistic director for the project.

Another idea is teaching children how to dramatize children’s book stories. A further idea is an evening on storytelling–its origins and outcomes.

A watercolors/sketching class in Shuttleworth Park or Veterans Field as well as a dance social are being planned, with the social being negotiated with the Century Club.

Foothills is also working on pulling together an arts festival this year that will include a street fair and art show and a pottery technique called sgraffito at Centro Civico and the making of decorative pottery plates with geometric designs at the library. The clubhouse video is expected to be shown that day, Towne said.

The group has scheduled a fundraising dinner from 6 to 8 p.m. on Monday, April 20, at Armory Grill, 67 Bridge St. at $25 per ticket. A silent auction and basket raffles will be included.