A Rainbow After The Storm

Shown is the rainbow created by Kristyn Dayter at her home in Scotia. Dayter is also created the #518RainbowHunt Facebook page that now has over 50,000 members. (Photo submitted)

Shown is the rainbow that Zachary Reynolds and his daughter created and hanging up in their window in the village of Broadalbin. (The Leader-Herald/Briana O’Hara)

MOHAWK VALLEY — To help spread happiness and positivity throughout the local community during this time of isolation and social distancing, thousands of people across the globe are taking part in the #518RainbowHunt movement.

The Rainbow Hunt is a movement in which community members across the globe are making rainbows using all different kinds of arts and crafts — painted, colored, a cut-out, or printed out — and putting them up in their windows, so families have a fun, positive activity to do while socially distancing themselves and staying at home. And as daily exercise is still encouraged, or if anyone is leaving their home for essentials only, community members can walk or drive and try to find all the rainbows in the windows.

Starting the #518RainbowHunt Facebook page was Kristyn Dayter, of Scotia, who said she created the page as a distraction for families and kids to give them something to do while being socially distanced.

“I’m glad that it reached so many people. It’s just a positive uplifting thing for kids and families to kind of do together,” Dayter said. “Whether they’re able to go outside and hunt in their neighborhoods or not, at least there’s the page there to look through other rainbow crafts and creations.”

Dayter said she herself created a small rainbow in her window, and then decided it was too small and painted her entire front bay window with a big rainbow. 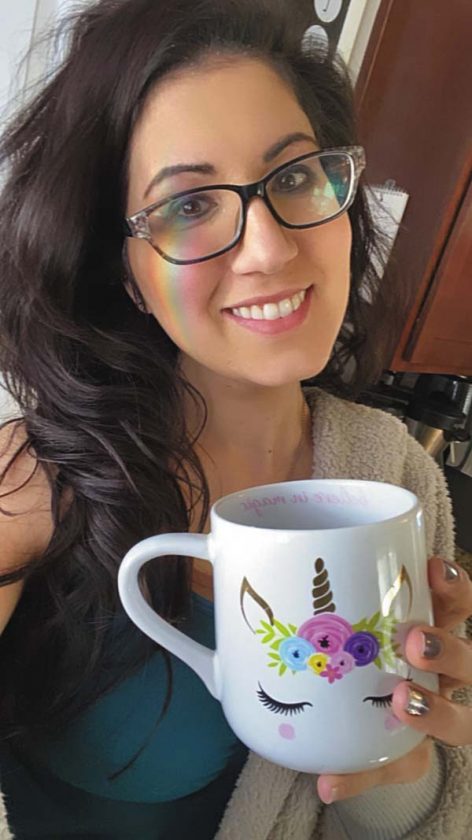 She said there are people outside of the U.S. who have joined the page. As part of the Facebook page, she said there is a map so people can see where rainbows are up in their area.

“My husband and I took a drive the other day and we were out for maybe an hour or so. We counted 107 and that was a few days ago before we had so many members,” Dayter said.

“It’s great to see that a community can come together and kind of lift each other up and give everybody something else to focus on,” Dayter said.

Several Fulton and Montgomery County residents have taken part in the Rainbow Hunt movement putting all sorts of different rainbow creations in their windows, and with Monday’s snowfall, some have created rainbow snowmen. 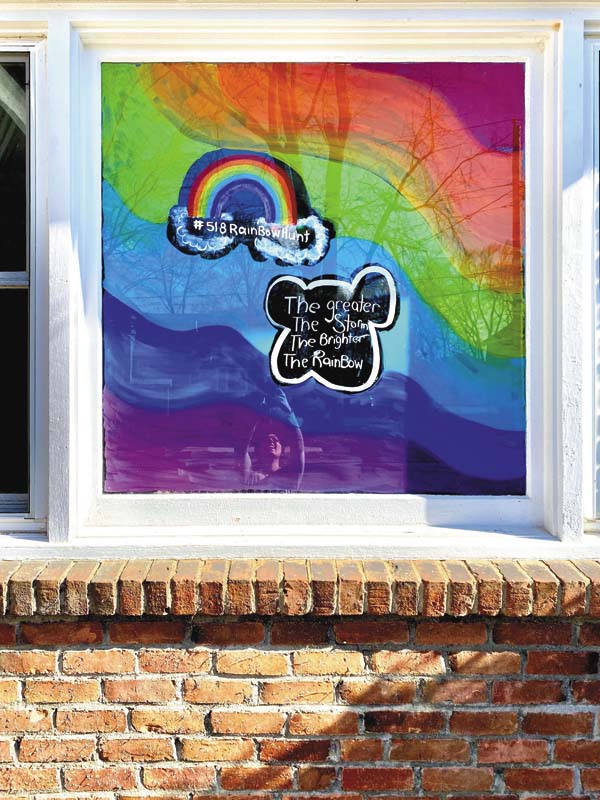 Shown is the rainbow created by Kristyn Dayter at her home in Scotia. Dayter is also created the #518RainbowHunt Facebook page that now has over 50,000 members. (Photo submitted)

One of the many residents, Zachary Reynolds, who lives in the village of Broadalbin, created a rainbow with his daughter.

“With everything going on right now, it’s been tough for everybody. Not just for the kids, but for the parents too,” Reynolds said. “Everyone has kind of been struck with fear over the past couple weeks. I think it’s important to just take everything in strides and realize where you are and where your feet are in the moment and appreciate where you are, so what better way than to share the beautiful colors of the rainbow with everyone who passes by.”

He said they’re trying to do their part to “pick” people’s spirits up in any way they can, which is why he decided to take part in the movement.

Reynolds said he’s seen four or five in the village of Broadalbin and shows his daughter the rainbows that are being shared in the Facebook page.

“I’m taking this time right now to enjoy the time I have at home with my daughter and my wife who is eight months pregnant,” Reynolds said. “It’s scary, so we’re trying to do our part, stay home and just try to spread the love however we can. Today it was painting a rainbow and putting it up in our window. Who knows what tomorrow will bring.” 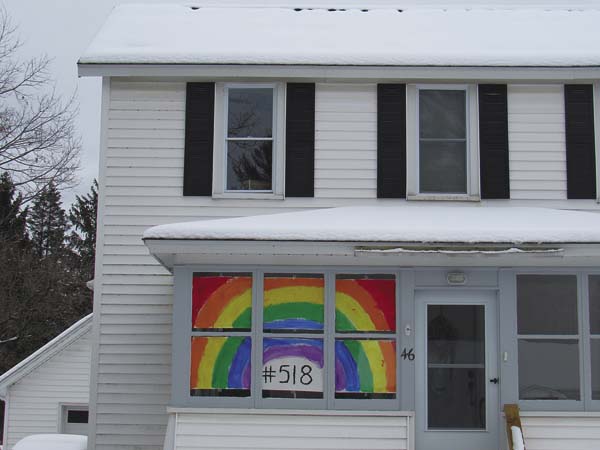 Shown is the rainbow that Zachary Reynolds and his daughter created and hanging up in their window in the village of Broadalbin. (The Leader-Herald/Briana O'Hara)