JOHNSTOWN — Two proposed resolutions were withdrawn from action by the Fulton County Board of Supervisors at its meeting Monday at the County Office Building.

On the agenda was a proposed resolution to authorize advertisement for bids for the purchase of a decontamination trailer for use in the county Solid Waste Department. The purchase is earmarked in the county’s 2020 capital plan.

But the resolution was pulled from the agenda because county Administrative Officer Jon Stead said the county may end up doing something else inhouse.

Stead said Solid Waste Director David Rhodes indicated that New York state standards are “so stringent” for such trailers that “there are no manufacturers that comply.”

Fulton County was prepared to pass a resolution to advertise for bids until March 18 for the decontamination trailer. Stead said no vendor currently meets all the “minor standards” set by the state for the trailer. But he said Rhodes indicated county staff might be able to develop something inhouse that will comply with state regulations.

He said that idea eventually go before the board’s Public Works Committee.

“They’re going to come back to committee with it,” Stead said.

On another matter, the board withdrew a proposed resolution to establish a 2020 upgrade project for the county Information Technology Department in the county 2020 capital plan. It was discovered by county officials that a formal resolution wasn’t necessary because funding was previously applied.

“The money was already put in the operating budget of that department,” Stead said.

According to the county’s 2020 capital plan approved last fall, Information Technology Department capital projects totaled over $56,000 for 2020. That figure includes a county PC upgrade plan and a printer. 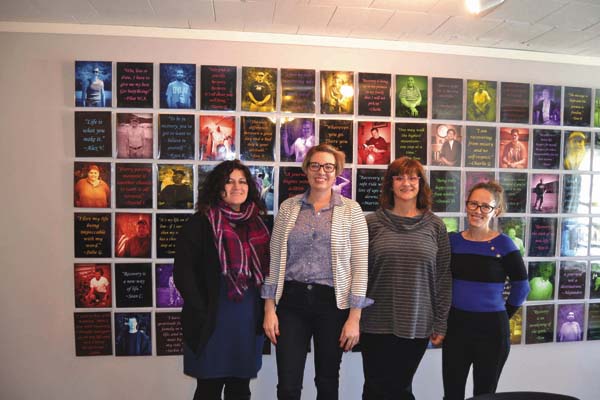