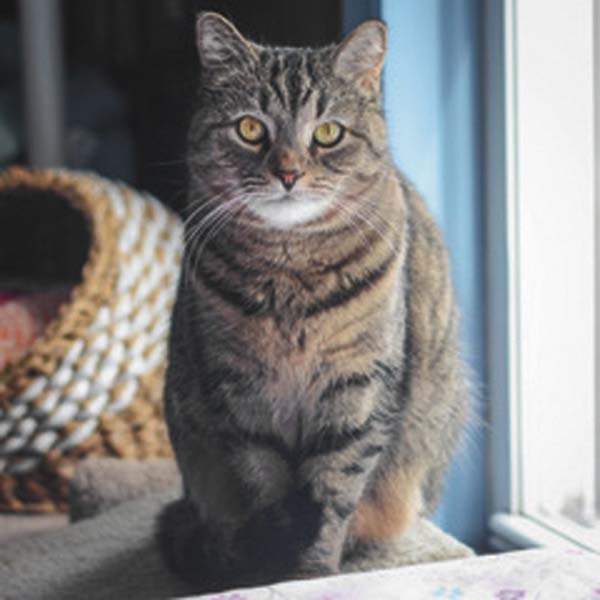 AMSTERDAM — The Montgomery County Society for the Prevention of Cruelty to Animals is searching for a forever home for one of its cats.

According to a press release, Layla, a 4-year-old female cat that has been with the MCSPCA for over a year waiting for a new home.

“Layla needs a special home as she’s not always the friendliest of cats, but our team has realized that she will eventually warm up to the right person,” said Jan Zumbolo, president of the MCSPCA Board of Directors. “We’re proud of the fact that the MCSPCA will care for every adoptable animal for as long as it takes to get them a home. Our hope is to get Layla the exposure she deserves and hopefully find a good fit so she can get out of the shelter as soon as possible.”

According to the release, Layla is a multi-colored cat that is seeking a permanent, loving and patient home that is filled with care, cat toys and mutual respect for boundaries.

Layla is single, fixed, independent and “occasionally grumpy,” the release states. Anyone who is not seeking to start a family are encouraged to apply.

The shelter manager, Ashley Weil said she would not recommend Layla be around young children because she will swat at them, however, she has not been known harm anyone.

“We want everyone to be safe,” Weil said.

According to the MCSPCA website, Layla was surrendered to the shelter on Jan. 1, 2019, when her owner could no longer take care of her.

Weil said she was surrendered to the shelter by the owner because of the behavior she exhibits now.

Layla gets along well with other cats, is a “sweet but independent girl,” likes attention from people, but will let them know when she’s had enough,” the website states

Weil said Layla is does get along with other cats, but is not looking for a playmate.

“She can live with other cats as long as their not looking for a friend — a lazy cat, not a playful one,” Weil said. “She won’t go out of her way to be mean.”

Although, Layla can be “occasionally grumpy,” Weil said in the past year of working with Layla, she warmed up to her.

“When I walk in, she’s excited to see me, she’ll sit on my lap and let me love her for a bit until she’s done,” Weil said.

She said Layla does like to play with toys. Her favorite toys are the feather wands and she likes catnip.

According to the MCSPCA website, adoption fees for cats six months to six years old such as Layla are $85.