An unlit street light on South Kingsboro Avenue Extension near the intersection with Route 30A in Gloversville is shown Wednesday morning. (The Leader-Herald/Ashley Onyon)

An unlit street light on on the corner of South Main Street at East Fulton Street in Gloversville is shown Wednesday morning. (The Leader-Herald/Ashley Onyon) 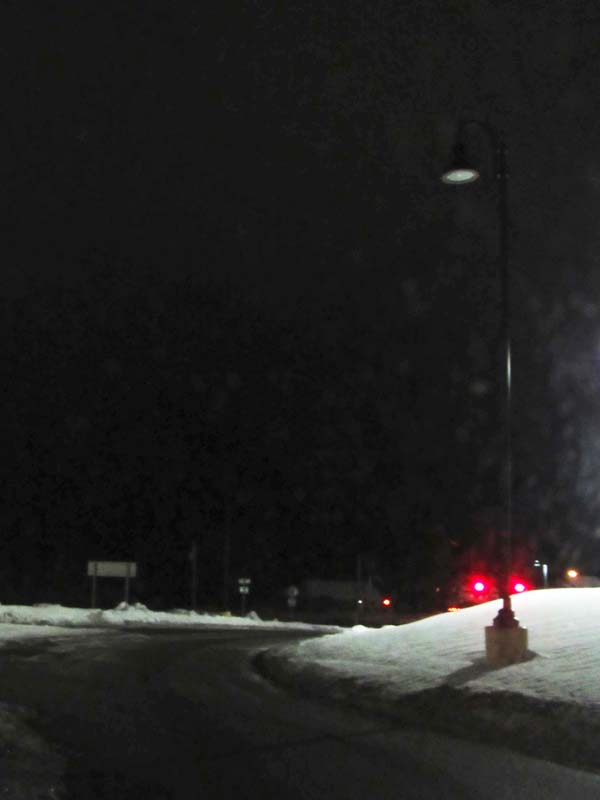 An unlit street light on South Kingsboro Avenue Extension near the intersection with Route 30A in Gloversville is shown Wednesday morning. (The Leader-Herald/Ashley Onyon)

GLOVERSVILLE — What started as one street light out at the busy intersection of South Kingsboro Avenue and Route 30A has grown to six, with additional street lights reportedly out at other locations within the city.

Jim Landrio, local resident and general manager of the Johnstown Holiday Inn, says he reported the first street light he noticed was out on South Kingsboro Avenue near the Burger King to National Grid more than a year ago.

“They said in five to seven business days someone would take a look at it,” said Landrio. “But it’s been out over a year.”

“Now that whole intersection is out,” he continued. “Additional street lights have been out for almost a month now.”

Landrio said he’s heard other locals comment on the number of street lights out along the intersection of South Kingsboro Avenue Extension with Route 30A leading towards Walmart and around the roundabout, with five out of seven street lights currently offline. 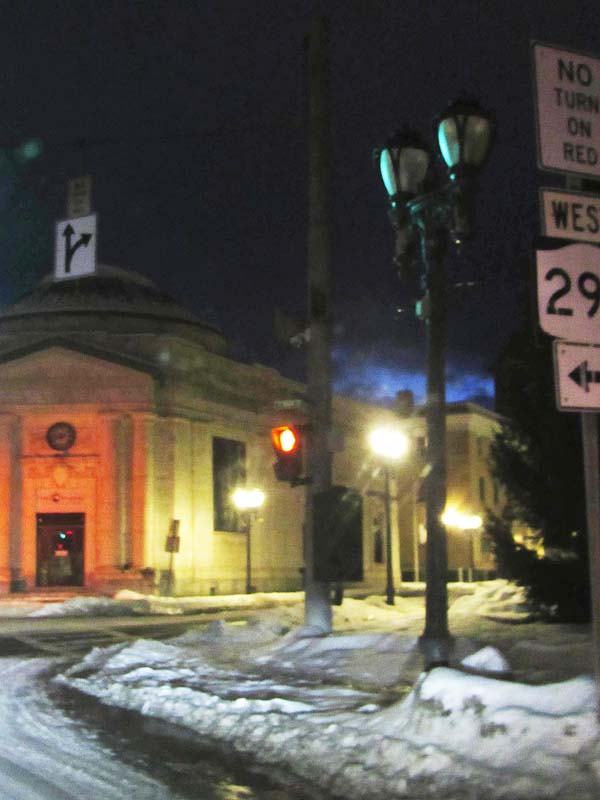 An unlit street light on on the corner of South Main Street at East Fulton Street in Gloversville is shown Wednesday morning. (The Leader-Herald/Ashley Onyon)

“They can’t believe it’s so dark at that intersection,” said Landrio. “It’s a dangerous intersection and not being lit up makes it more dangerous.”

“At night if you use that intersection, always pedestrians are coming and going,” he continued. “I think it’s dangerous and I think it should be addressed.”

In addition to providing safety to pedestrians and motorists, Landrio pointed to the street lights as providing an important first impression to visitors to the city.

“I don’t mean to be a pest,” said Landrio. “But lighting is important, it brings attention to the busiest parts of the city.”

Confusion over where to report outages to could contribute to delays in maintenance. The Leader-Herald reported the noted outages to National Grid via an online form that requests either the pole number or the approximate location of the lights in addition to other information.

An emailed response from National Grid regarding the street light near Burger King stated, “Your request for maintenance of a streetlight has been processed. We appreciate you taking the time to report this problem, and appreciate your patience while your request is being scheduled.”

Responses from National Grid stated that requests for maintenance pertaining to lights on South Kingsboro Avenue Extension and the corner of South Main Street at East Fulton Street were unable to be processed as the utility company does not maintain or own those lights.

“The reason it’s so confusing is that poles are put in all the time by different people for different reasons,” said Stella.

Stella recommended that residents who notice a street light outage report it to National Grid first where the utility can pass the information on to the proper agency if required.

“We try to get back to everybody who puts in a ticket request,” said Stella. “If we don’t own them we do pass those on to the city or the state.”

After reviewing records associated with the street light on South Kingsboro Avenue at Route 30A near Burger King, Stella confirmed that the outage was reported at least a year ago, saying that initial attempts to repair the light uncovered an underground cable issue feeding the pole as the root cause.

Stella said repairs on the underground cable are scheduled within the next two weeks, while acknowledging the delayed response in performing the work.

“A lot of times it’s easy to fix, we change a bulb. In this case we tried that, but it was an underground cable issue. It shouldn’t take a year, we certainly can do better with repair time,” said Stella.

Additionally, after reviewing National Grid’s records Stella found that a street light on the corner of Harrison Street and Route 30A was knocked down by a vehicle and never replaced. The pole was owned by the city while the light fixture was owned by National Grid.

“If the city wants to put in a new pole, we can install a luminaire or they could have us put in a pole,” said Stella.

Street light outages in the city can be reported to the Department of Public Works or the Gloversville Police Department, said Mayor Vincent DeSantis, pointing to DPW staff members as being able to determine ownership and maintenance responsibilities over particular street lights and to direct the issue to the attention of the correct agency.

DeSantis confirmed that the city owns and maintains the decorative street lights located downtown and in Melchior Park. Other street lights mounted on wooden poles across the city are currently owned by National Grid.

DeSantis noted the city plans to purchase existing street lights from National Grid to convert the fixtures to LEDs, reducing energy consumption and related costs. The city is currently waiting to receive a final purchase price from National Grid and has contracted Tanko Lighting to perform the conversion. Once ownership is transferred, the city will take over maintenance of all street lights, most likely contracting with a local electrician.

DeSantis also said that street light outages along South Kingsboro Avenue Extension were mentioned to him within the past week and pointed to their maintenance as likely to be an early task for the city’s new electrical contractor, the Executive Group.

The Common Council awarded a bid to the Amsterdam based firm to provide electrical and wiring services to the city in January at a rate of $75 per hour or an after hour rate of $105 per hour following the retirement of City Electrician James Walsh at the end of December. DeSantis said the contract with the Executive Group was signed on Friday.