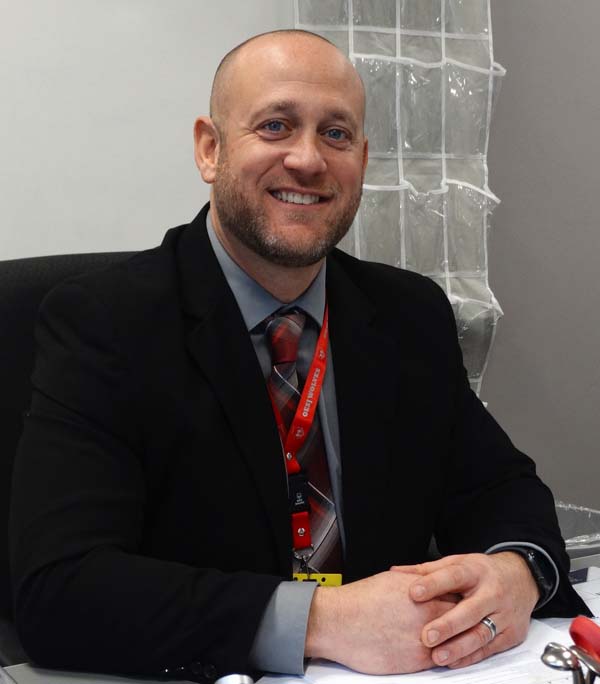 ST. JOHNSVILLE — Oppenheim-Ephratah-St. Johnsville’s very own Jr./Sr. High School principal will soon take the reins of the district in July after Interim Superintendent Joseph Natale completes his term at the end of the 2019-20 school district.

The OESJ Board of Education named Adam Heroth — who is the Jr./Sr. high school principal — as an administrative assistant to Natale. The district said this will help ease Heroth’s transition to the school district superintendent position in July.

With this change, Theodore Kawryga has been named as the interim Jr./Sr. high school principal until June 30. The changes will also have no impact on the budget as Heroth will continue to be paid the same salary he received as principal.

According to a press release, in Heroth’s position as administrative assistant, he will work closely with Natale for the duration of the school year. This will involve developing the 2020-21 school budget, searching for an interim high school principal, working on implementing a capital project and beginning contract negotiations with two labor unions representing teachers and administrators.

“We are very fortunate to have someone of Adam’s experience and ability already right here with us,” said Board of Education President Neil Clark. “As an OESJ parent, Adam is able to consider the needs of parents and the community before every decision is made. That is a real strength.”

“I have been mentoring Adam right along, but this will allow that to happen every day,” Natale said. “He needs to get the day-to-day experience of working as the superintendent for the benefit of the students and staff at OESJ.”

Heroth said he will benefit from working more closely with Natale.

“I am grateful to the board of education for this opportunity to work more closely with Dr. Natale, a seasoned superintendent, and to be immersed in the job duties of the superintendency,” Heroth said. “This opportunity, coupled with my superintendency preparation program, is sure to prepare me well to transition to the position full-time next year.”

According to the press release, Heroth has participated in the Future Superintendents Academy through the Leadership for Educational Achievement Foundation, New York State Council of School Superintendents.

Heroth has been the Jr./Sr. High School principal since July 2018. He started at OESJ in July 2016 as the K-12 assistant principal, athletic director and instructional technology specialist. Prior to OESJ, he was a health and physical education teacher at the Fonda-Fultonville school district from 2002 to 2016.

He holds a bachelor’s degree in health and physical education from Ithaca College, a master’s degree in curriculum, instruction and assessment from Walden University and an educational leadership degree from SUNY Plattsburgh.

Heroth has lived in the OESJ district for more than 10 years and has strong ties to the area, growing up close by in Johnstown. Heroth, 40, and his wife, Shelly, have one daughter, Kaylee, who is a sixth-grade student in the OESJ Elementary School.