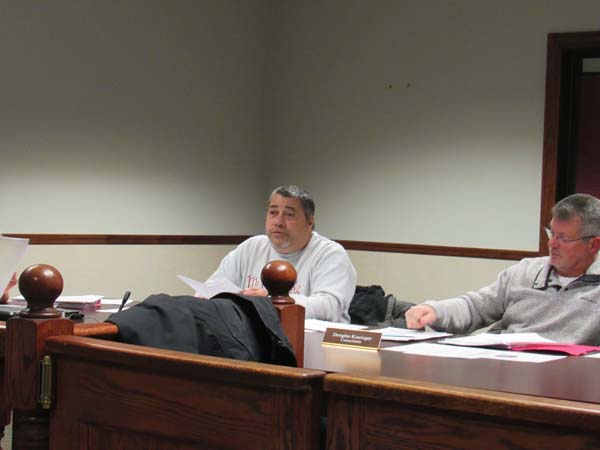 Town of Broadalbin Councilman Dave Bardascini, left, reads a resolution for the town to become a Second Amendment Sanctuary during the town boardÕs meeting on Tuesday as fellow Councilman Douglas Kissinger listens. The board passed the resolution. (The Leader-Herald/Briana O'Hara)

BROADALBIN — The town is showing its support of the Second Amendment Sanctuary county movement through a resolution.

During the Town Board’s regular meeting on Tuesday, the board passed a resolution in support of the Second Amendment Sanctuary county movement, and to have the town attorney review the town’s position in the movement.

Councilman Dave Bardascini introduced the resolution stating the 2A Sanctuary would make it so Fulton County could not fund any regulations of the New York Secure Ammunition and Firearms Enforcement Act of 2013, also known as the SAFE Act.

“[As] you know, the SAFE Act was passed in the middle of the night in 2013… every aspect of the SAFE Act targets law abiding citizens. It just makes criminals out of law abiding citizens,” Bardascini said. “What we’re looking to do is to have the county not fund any enforcements to the SAFE Act, be it through the sheriff’s department, be it through the District Attorney’s office or any other special prosecutions. It’s to show downstate we have different rules, we deserve to be heard.”

The NY SAFE Act is a gun regulation passed by state Legislature and signed into law by Gov. Andrew Cuomo. Some of the regulations of the SAFE Act include universal gun background checks, high capacity magazine bans, assault weapon bans, and red flag laws.

Under the 2A Sanctuary, the county would be prohibited from spending any money, resources, personnel or facilities on the enforcement of state laws regarding the possession of firearms.

Bardascini said shortly after the SAFE Act was signed into a law, 56 towns in New York passed resolutions saying they were opposing.

“It’s saying we’re not going to use our money to fight your laws — which we don’t agree with — all in an effort to get this pushed to the Supreme Court,” Bardascini said. “We’re asking the county to tell the DAs you can’t spend any money prosecuting these cases. We’re going to [say to] the sheriffs’ departments ‘you can’t spend money investigating these cases.'”

Supervisor Sheila Perry said due to the regulations of the SAFE ACT — along with the recent Bail and Discovery Reforms – more positions had to be added to certain departments, including the district attorney’s office and coroner’s office.

The Discovery Reform requires all evidence be turned over to defense within 15 days.

Perry said this resolution is being offered to all the towns.

“This is not taking any action, this is just sending it to our attorney to review to see what our status is as a town in doing this,” Perry said. “But to support the concept, because in our hearts we all believe in this. I think it’s worthy of our support.”

Bardascini said the SAFE Act is “unconstitutional,” but as a nation of laws, there are steps that have to be taken for it to be declared that.

He said if any law enforcement member — such as the Fulton and Montgomery County Sheriff’s Departments — were to not abide by the law, they could be removed from office, so the town wants to make the proper steps in supporting the 2A Sanctuary. 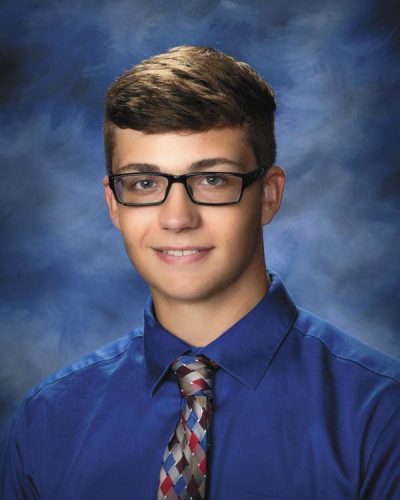 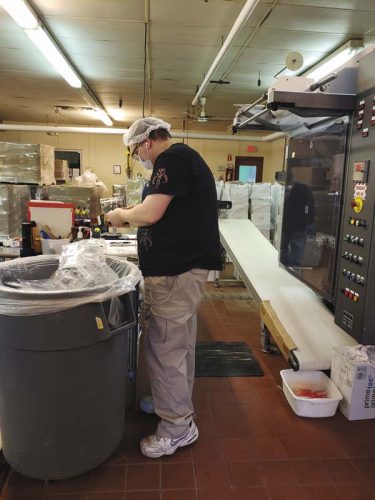