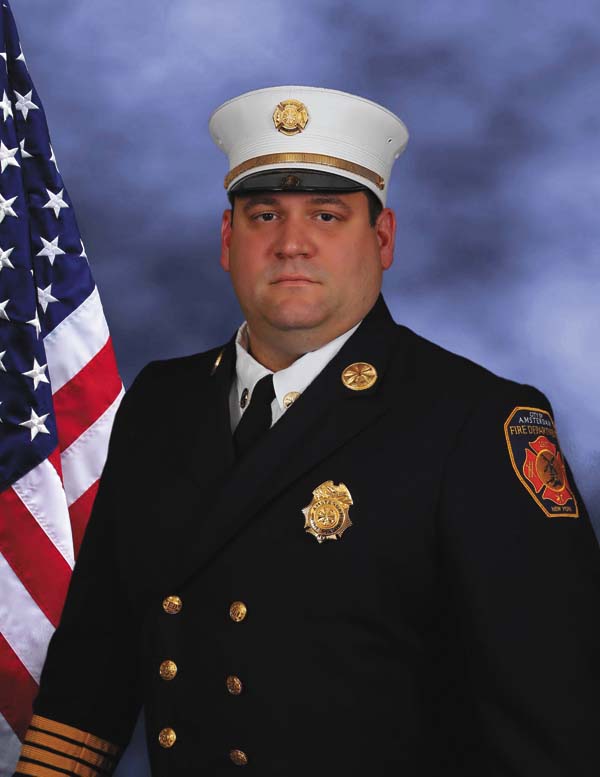 Anthony Agresta was selected as Amsterdam’s new fire chief. His first official day was Feb. 1 in which he is now in command of a staff of 33 sworn in firefighters.

“Anthony’s leadership skills and his passion for all aspects of the firefighting profession make him and excellent choice for the chief’s position,” said Mayor Michael Cinquanti. “I was not expecting to have to make this decision during my first month as mayor, but the truth is that Chief Agresta would have been an excellent candidate regardless of when the vacancy occurred. I am excited to work with him and look forward to doing so.”

According to a press release, Agresta first began his career as a firefighter for the city in 2001 and worked his way through the ranks from firefighter to lieutenant to battalion chief and now chief. Agresta has a diverse experience in emergency management, disaster planning preparedness and recovery that he can use in his new leadership role.

“I’m very honored for this opportunity to lead the outstanding members of the Amsterdam Fire Department,” Agresta said. “I’m grateful to Mayor Cinquanti for the appointment and looking forward to getting to work. I thank Chief Whitty for his years of service and wish him all the best in his retirement.”