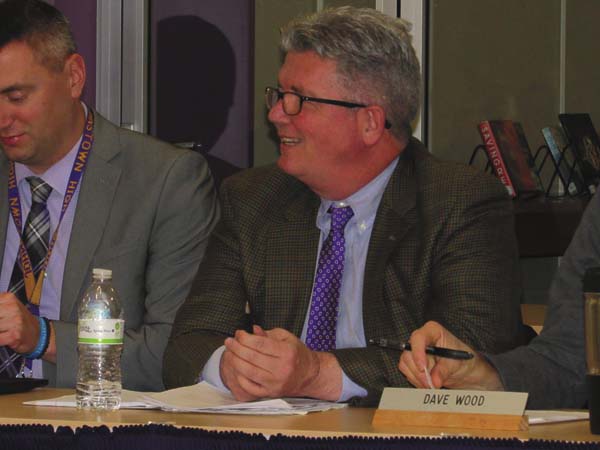 The Greater Johnstown School District Board of Education appointed Michael Smith, who was in attendance, to the position on Thursday night at Johnstown High School. He is being paid $300 per day.

Smith started Monday and his appointment runs through June 30.

Action on the appointment followed a closed-door, executive session to discuss matters leading to an appointment.

Smith was last employed by the Shenendehowa Central School District in Clifton Park as the principal of Orenda Elementary School.

In other personnel matters handled by the board:

∫ The board accepted the resignation of custodial worker Matthew Robinson, effective Jan. 3.

∫ A permanent appointment was given to Zachary Viscosi, teacher aide, retroactive to Sept. 12.

∫ Board members approved a child care leave of absence for Kaye Houtz, school secretary, from Jan. 31 through March 13.

Tallon said the 82-year-old Popp — who passed away Dec. 29 — had a 30-year tenure with the Johnstown district as the high school’s chemistry teacher. He retired from JHS in 1993.

Tallon also reported the Dec. 17 passing of Freeman, who at the time of her death was the 65-year-old president of the Hamilton-Fulton-Montgomery Board of Cooperative Educational Services’ Board of Education. She was a previous president of the Johnstown school district.

“She was a very knowledgeable person,” Tallon said. “She’ll be greatly missed.”