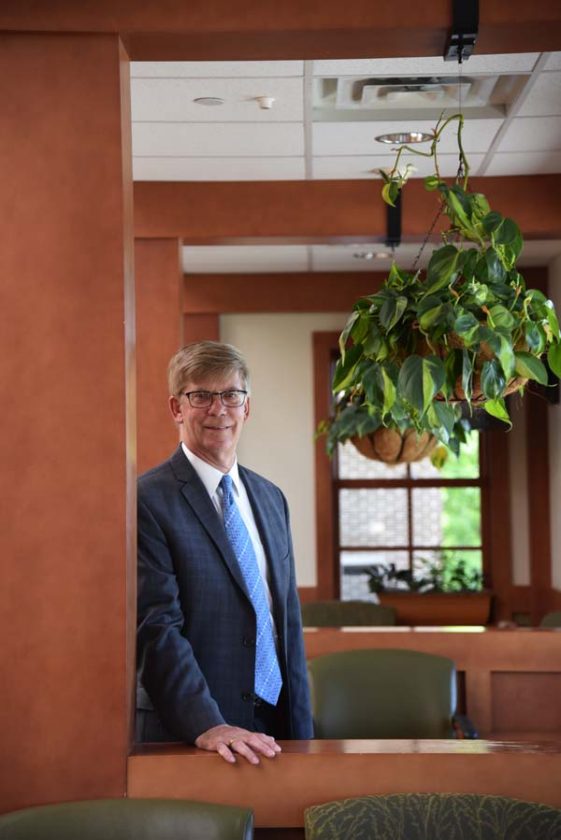 Throughout Kelly’s tenure as CEO, beginning in 2001 to the current year, the hospital experienced growth in a number of realms with net assets climbing from $13.3 million to $90 million, the hospital’s reach and footprint expanding to encompass 52 square miles within the region through the addition of eight primary care centers and the number of employees blooming from 656.5 full-time equivalent staffers to 807.5.

In a press release announcing his planned retirement, Kelly attributed the hospital’s achievements to the employees behind it and the organization’s commitment to reinvesting in its continued success.

“I work with a fearless, creative team. Because of the employees here, I enjoy coming to work each day. I really like my colleagues. That makes a huge difference,” Kelly said. “We have invested our positive operating margin back into our hospital. In essence, we have paid ourselves first. I think it has worked. With a positive operating budget, we have saved for our future and simultaneously secured sophisticated technology and improved access to care.”

Hospital administrators and members of the Littauer Board of Directors point to Kelly’s leadership and vision for the advancements Nathan Littauer Hospital has achieved over the years, leading to improvements in patient care.

“These medical and technological advancements mean better care for our patients,” Goldberg said. “It helps recruit talented physicians to the area. None of this would have been possible without the vision and leadership of Mr. Kelly.”

“Larry Kelly is an influential leader,” said Fishel. “He mentors the strengths of his team members and sets us up to succeed. Under his leadership, our nursing care has evolved, strengthening our foundation in patient safety, clinical skills and more. Because of him, our patients experience state-of-the-art technology and expert care-givers right here in our rural community.”

Board of Directors Chair Gregory Truckenmiller also stated that Kelly’s vision led the hospital through a series of changes that fostered growth by making decisions other leaders may have balked at.

“He has been adaptable amidst constant change in the industry and had the courage to make decisions others had difficulty with,” said Truckenmiller. “It is because he took those risks that Littauer has remained independent, committed to quality and achieved 18 consecutive years operating in the black while many rural hospitals around the country are struggling or even closing.”

In part the positive nature of the hospital’s current position in the ever changing healthcare industry led Kelly to the decision to retire later this year, he said.

“My goal has always been to build an independent organization that can quickly respond to the unique needs of this community. We also needed to stand on solid footing. I wanted to build a hospital for this generation and the next,” said Kelly. “I wanted to go out on a high-note without worrying about our future. This feels like the right time.”

“He will be missed, but he has positioned us perfectly for Littauer’s next chapter,” Truckenmiller agreed. “On behalf of a grateful board of directors, we are committed to making sure his legacy will continue.”

The Board of Directors is expected to begin working to recruit Kelly’s successor immediately. A celebration recognizing Kelly’s contributions to the organization and the community will be organized for sometime in September.

A fund is being established through the Nathan Littauer Hospital Foundation to honor Kelly’s years of service and leadership with more information to be released in the near future.

Looking ahead to his retirement at the beginning of October, Kelly thanked those who contributed to his time at Nathan Littauer Hospital and whose lives he was able to contribute to in turn.

“I am grateful for the visionary leadership of Littauer board members past and present, the talented and dedicated team of professionals with whom I’ve had the pleasure of working with, the selfless donors and volunteers who support the hospital with such enthusiasm, and the people who consistently choose us for their health care,” said Kelly. “I will leave Littauer with a great sense of pride, knowing what we’ve accomplished together is meaningful and will matter to this community for generations to come.”