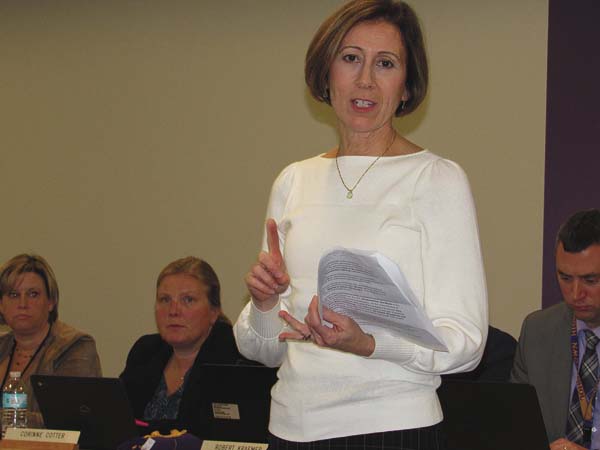 JOHNSTOWN — Greater Johnstown School District’s faculty union members have been out in the community donating time and money to various causes.

Johnstown Teachers Association President Nancy Lisicki covered some of her union’s activities for the Board of Education Thursday night at Johnstown High School.

Lisicki said that in the past month, the JTA donated 26 pies to the NOAH, or Neighbors Organized Against Hunger food pantry program run by St. John’s Episcopal Church.

The teachers union was also involved in adding extras to the district’s Backpack Program in December around the holidays, Lisicki said. In the program, backpacks are sent home to needy students with food for the entire family. Lisicki said that thanks to “enhanced donations,” the JTA in mid-December was able to send home a second backpack with the students that included pajamas and books. She said 69 pairs of pajamas were sent home to needy families.

Lisicki also reported to the board that the JTA tries to support literacy programs when it can.

“We aim to support literacy,” she said.

“The look of surprise was just remarkable,” she said.

Naselli went through activities at the district’s five schools in the past month, which were mostly holiday-related. Students at Pleasant Avenue Elementary School made letters for Santa, he said. Naselli also reported that 95 students and their families at Glebe Street Elementary School attended a Santa’s Wonderland program on Dec. 10. Students at Glebe also participated in a Dec. 16 holiday sing-a-long activity.