Congressman Paul Tonko speaks at the Amsterdam Rotary Club meeting on Wednesday. He discussed a variety of topics from climate change to healthcare. (The Leader-Herald/Briana O’Hara) 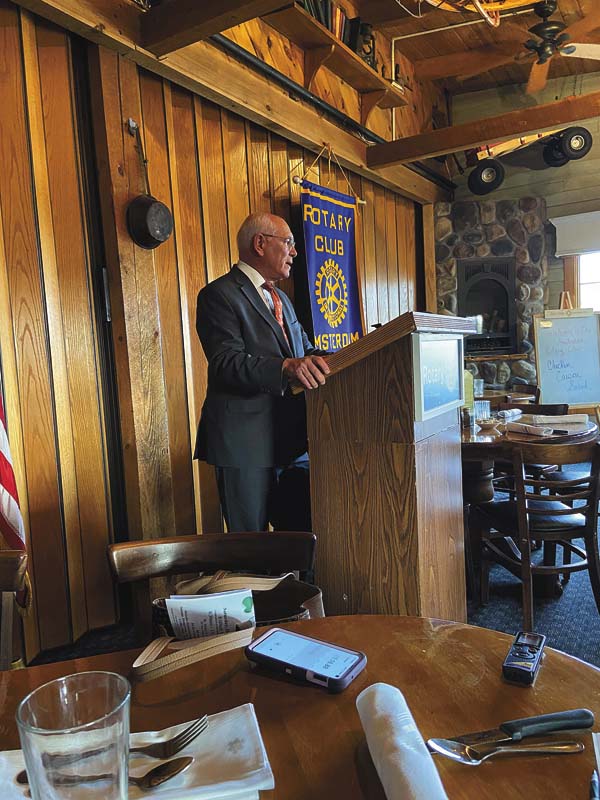 Congressman Paul Tonko speaks at the Amsterdam Rotary Club meeting on Wednesday. He discussed a variety of topics from climate change to healthcare. (The Leader-Herald/Briana O'Hara)

AMSTERDAM — Keeping a Thanksgiving tradition alive, the Amsterdam Rotary had a special guest at its meeting held before the holiday on Wednesday.

Tonko said he is on three committees: The Energy and Commerce Committee, Natural Resources Committee and the Science, Space and Technology Committee.

Under the Energy and Commerce Committee, Tonko helps to deal with energy, the environment, along with national and international commerce including healthcare.

Tonko said one of the main goals of the health subcommittee is to vet costs on medications. He said a number of bills in legislation have begun. 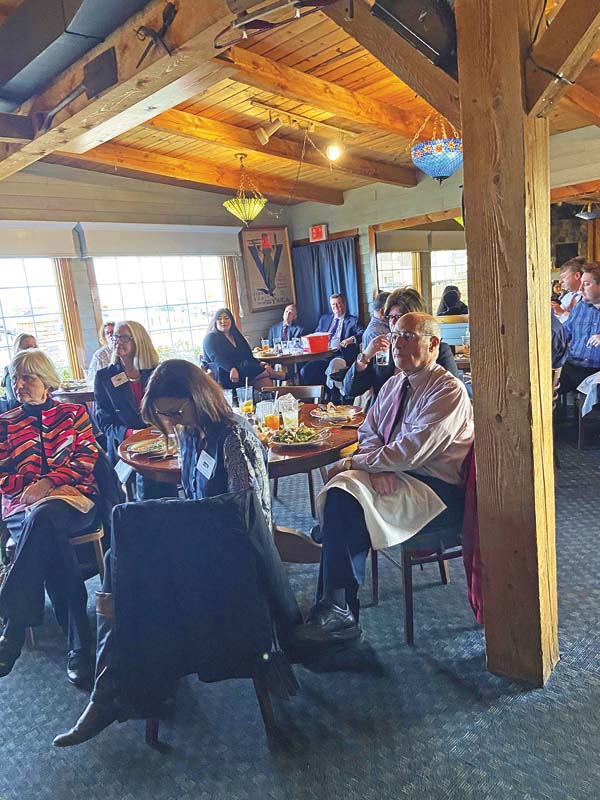 “The prime one by the subcommittee is to make certain that they allow for Medicare negotiations,” Tonko said. “By law they were precluded from negotiating the outcome for medicare related prescription costs. This legislation would change so that they could negotiate in large term for any of the programs run by federal government. Those benefits on negotiation would be shared on private sector healthcare insurance plan.”

Another concern Tonko said was for PFOA and PFAS — per-and-polyfluoroalkyl substances– that are cancer causing contaminants.

He said there have been growing concerns in New York state.

“This is one area we’ve been putting a lot of work into to make certain that there are a series of bills that will address the public health aspect, the public safety and the growing consumer concern,” Tonko said.

He said these contaminants have been found in gear firemen use, on military bases and in cooking utensils.

Tonko said also on his agenda is climate change. He said they have a goal to achieve 100 percent clean energy by 2050.

“Yes, I see climate change as a challenge, yes the carbon buildup in our atmosphere is causing great havoc with Mother Nature,” Tonko said.

He said as a result of climate change we have seen major storms happening more frequently. For example, the most recent wind and rain storm that occurred in upstate New York that caused heavy damage to the area.

“Look at the impact across the country with record flooding in Nebraska, wildfires in the southwest, historic rises in the Mississippi River, coastal erosion, coastal community impact,” Tonko said. “We need to be technical about it, we need to be scientific about it.”

Tonko said most of the work he’s been doing has also been centered around the North American Free Trade Agreement which has impacted a lot of job loss in the area.

Tonko said he agrees with President Donald Trump when he said said NAFTA should be more fair.

“I think until we get the strong labor standards and the strong environmental standards, we shouldn’t sign off on the legislation and perhaps the most important dynamic of the whole package is enforcement language,” Tonko said. “I think the enforcement language has been too loose. I think it’s what’s caused NAFTA to be the shortcoming that it is.”

Tonko said there is more going on in government than just impeachment.

He said there are hundreds of bills that are bipartisan that address all sort of needs from pharmaceutical affordability to solving the opioid epidemic to moving forward with advanced science education for students and a number of other things being done.