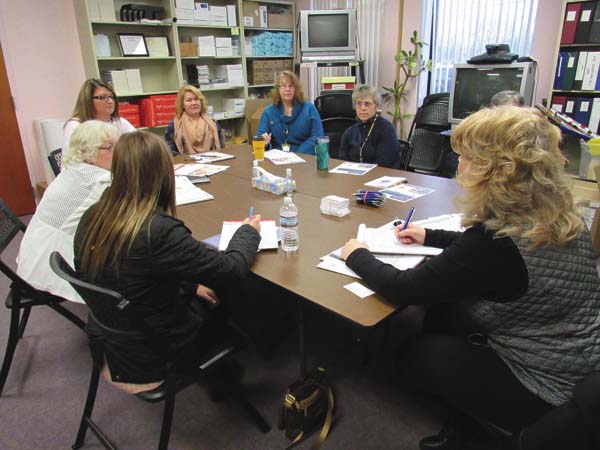 JOHNSTOWN — Heart disease stands atop the slippery slope of life as the number one health problem out to get residents of Fulton County.

Fortunately, there is preventive medicine and committed public groups available in the area to combat this silent killer and other dreaded diseases and cancers, such as lung, breast and colorectal cancers.

Headwell noted that some of these health issues are shared regionally by other counties.

“In comparison to other counties near Fulton, they have similar, if not the same leading causes of death,” she said. 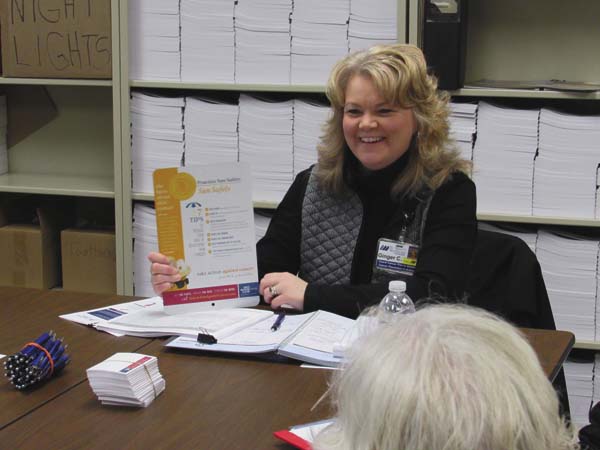 Ginger Champain, coordinator of Cancer Prevention in Action, shows off a Sun safety brochure to be put in public places during a recent meeting at the Fulton County Public Health Department in Johnstown. (The Leader-Herald/Michael Anich)

Cancer incidence and mortality for Fulton County from 2012-16 showed that the average annual deaths by cancer were 67 males and 63 females. Lung cancer and bronchial cases were among the highest.

Programs are free for eligible men and women.

“Collaboration is key to preventive care,” Headwell said. “One single agency isn’t always able to help the individual 100 percent, but with organizations working together, it allows for more care to be given and offered.”

Headwell said when it comes to Fulton County’s health issues, influences on health problems can be caused by multiple factors. They include genetics, behavioral risk factors, human mobility, time course of a disease and socioeconomic status.

“Not one factor is the underlying cause of the particular problems that we are seeing in Fulton County,” she said.

“The residents of Fulton County are able to receive care in multiple ways,” she said. “Fulton County organizations are invested into the community here and trying to make the residents healthy, as well as give the residents the opportunity to become healthy with education and services that are offered for free.”

Champain said some employers can designate a certain amount of paid time off for their employees to receive cancer screenings.

“In Fulton County, that could be an extra benefit for them,” she said.

Cancer Prevention in Action is also spreading the word about taking action against cancers caused by Human Papillomavirus, or HPV, which there is a vaccine for. Eight in 10 New Yorkers may get HPV in their lifetime.

“We’re ahead of five years ago,” she said.

Champain said oral cancer has now surpassed cervical cancer as one of the top cancers and it is incumbent that dentist offices recognize problems in the annual checkups of their patients. She said her group would like to visit area dental offices to urge staffs to make “high quality recommendations” to their patients regarding oral cancer.

Headwell asked if local health officials have looked at going into schools about cancer screening.

Champain said her group hasn’t, but a joint effort could be launched. She said there has been some P-TECH program education about cancer, but added: “We’re really starting to get out in the community too.”

Other areas to look at for providing cancer prevention information are tanning booths and public parks. It was noted parks can be designated tobacco-free zones, and used to provide signs with tips on sun safety and tanning.

“That’s the kind of thing we can provide for those locations,” Champain said.