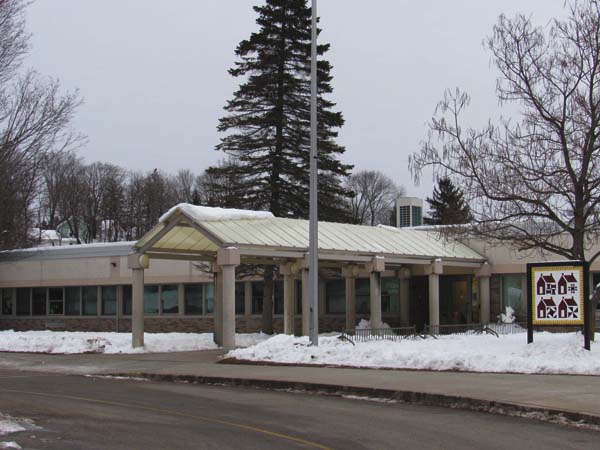 Glebe Street Elementary School in Johnstown as seen this morning. (The Leader-Herald/Michael Anich)

Glebe Street Elementary School in Johnstown as seen this morning. (The Leader-Herald/Michael Anich)

Shown is Dr. Nellie Bush, president of th Greater Amsterdam School District Board of Education, left, and Assemblyman Angelo Santabarbara, right. Bush was awarded as one of the Women of Distinction Honoree. (Photo submitted)

The city Planning Board on Tuesday approved an application for a special use permit for the proposed opening of a bottle and can redemption center in a garage behind the former Grandoe Building located at 70 Bleecker St. (The Leader-Herald/Ashley Onyon)

Members of the Johnstown Fire Department put up Christmans lights on Friday. (The Leader-Herald/Briana O’Hara)

Members of the Johnstown Fire Department put up Christmans lights on Friday. (The Leader-Herald/Briana O’Hara)

The Holy Mountain Buddha Land temple in Auriesville is capped with snow on Wednesday. (The Leader-Herald/Ashley Onyon)

JOHNSTOWN — The Greater Johnstown School District Board of Education voted Thursday night to close the school system’s second elementary school within a 10-year span for fiscal and enrollment reasons.

The board voted 7-0 to shut down Glebe Street Elementary School, effective June 30. The Glebe building across from Knox Field and Knox Junior High School, built in 1966, currently educates second and third grades within the district.

The former Jansen Avenue Elementary School was closed in 2009, although the building is still getting educational use today.

District officials are not sure if they will ultimately try to rent or sell the Glebe building.

The district conducted a public hearing Nov. 25 on Glebe’s closure. District enrollment has declined greatly over the years in the district, which also underwent a tumultuous budget process in 2019. With the Glebe closing, sixth grade will be moved from Warren Street Elementary School to Knox Junior High School, which would have grades six through eight. Pleasant Avenue Elementary School will house grades K through 2 while Warren will educate 3 through 5. Pre-K is expected to be at Warren. 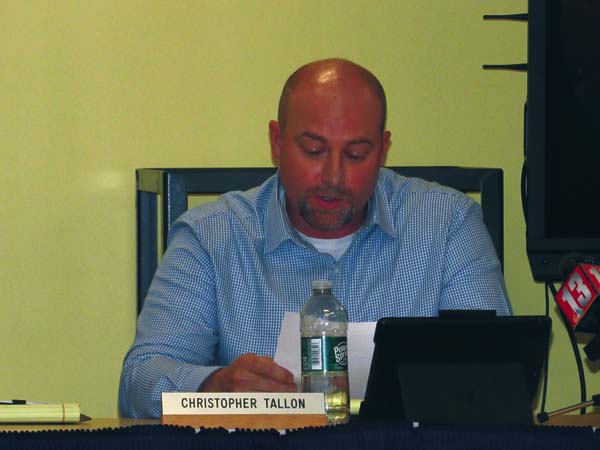 Action at the board session Thursday at Johnstown High School followed the reading of a board statement by board President Christopher Tallon.

“This is another very impactful decision being considered,” Tallon stated. “This decision is not one this Board of Education takes lightly or wants to take.”

Board member Evamarie Mraz felt the “process” by which Glebe was closed went better than Jansen, and the public was better informed this time around. She said she felt the district worked “extremely close” with everyone involved, including the public, this time.

The resolution that passed indicated the district is “in the process of reorganizing its school buildings,” and the district “intends to close and/or consolidate programs.” The Long Range Planning Committee with the consultation of Castallo & Silky LLC of Syracuse — education consultants — has recommended the district doesn’t need to keep the Glebe Street Elementary School building open.

Consultants recommended closure implementation in the 2020-21 school year to “allow for adequate time to conduct one or more hearings to permit the public to make concerns and comments known about each of the options under consideration and for sufficient planning time to finalize implementation details so that the transition is smooth as possible.”

“The Board of Education has determined that it can operate its Glebe Street elementary programs in other existing buildings within the district,” the resolution stated.

In his statement, Tallon said that the district fielded comments from the public, but felt inclined to take this action.

Tallon said closure of Glebe is an “extremely emotional decision to make,” but to some degree the board must make decisions sometimes on facts and not emotions. He said the district will continue its efforts in the future to improve the district and better educate Johnstown students, albeit with one less school building in operation. District officials have not said it is still unknown how much the district can save by closing Glebe.

Financial problems involving the district continue to be worked on. District residents in a June 18 revote approved a $37.8 million district budget for 2019-20 that contained a 14.6 percent tax levy increase. Similar tax levy hikes have been suggested for the next two years.