Veterans are asked to stand together following the Johnstown Veterans Day Program Monday at the downtown Charles Jenner Band Shell. (The Leader-Herald/Michael Anich) 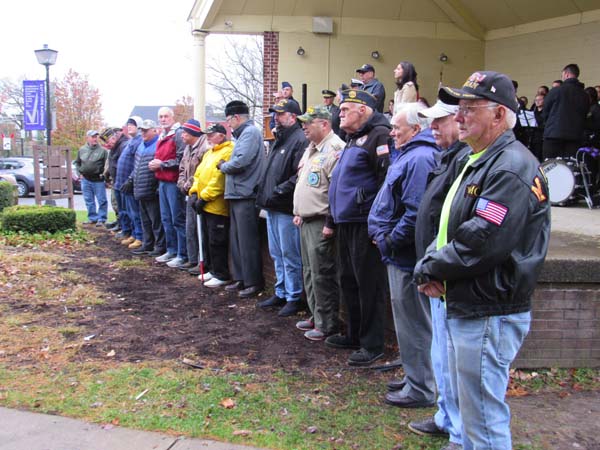 Veterans are asked to stand together following the Johnstown Veterans Day Program Monday at the downtown Charles Jenner Band Shell. (The Leader-Herald/Michael Anich)

Veterans in the crowd were asked to come up and stand in a row to be recognized in front of the Charles Jenner Memorial Band Shell — a new feature of the program.

The city annually conducts a traditional Armistice Day-type program at 11 a.m. on Nov. 11.

“Americans are pausing today to honor our veterans,” said Mayor Vern Jackson, a Navy veteran who offered a welcome to about 100 in attendance. 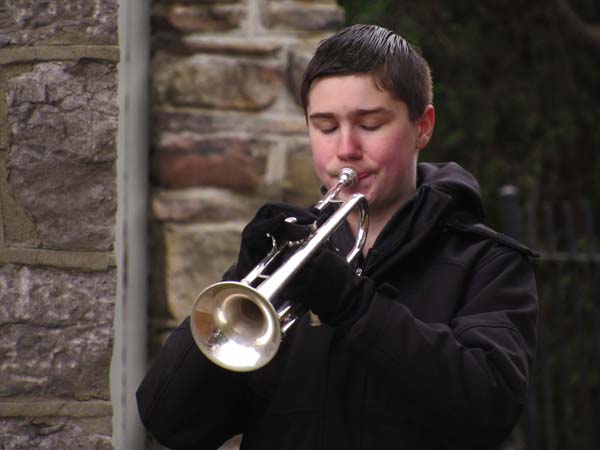 Jackson recognized how many American veterans during a time of need in the country “set aside their personal ambition” to serve their nation. He offered a “thank you” to all veterans — whether they served in peacetime or wartime — for their sacrifices.

She said many veterans are proud to serve and perform national sacrifice. But she said veterans can respond in many ways when being thanked for their service. Wojeski said she will always be grateful for the nation allowing her to continue her studies, although she saw no combat.

“I got to see the world, visit ports and make friends,” she said.

Wojeski said she traces her call to action during Sept. 11, 2001 when she was in Washington D.C. and saw the Pentagon attacked. 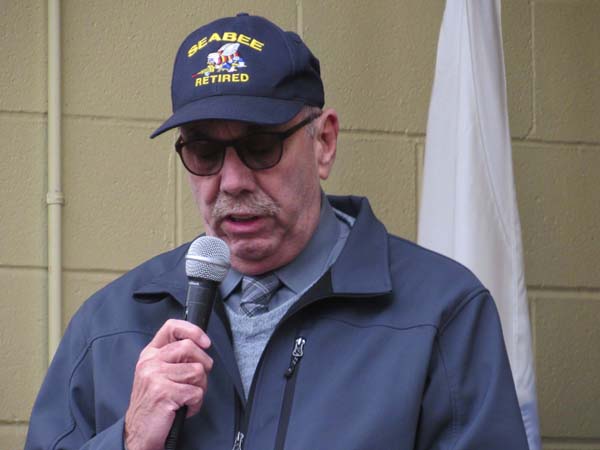 She was commissioned through the Naval Reserve Officer Training Corps at George Washington University in Washington, D.C. in 2004. As a surface warfare officer, she reported to the USS Tortuga (LSD-46) in Little Creek, Va., where she served as the electronic warfare officer and later the Combat Information Center officer.

For her second tour, Wojeski reported to the USS Gonzalez (DDG-66) out of Norfolk, Va., where she served as ship’s navigator. She successfully navigated the ship in and out of over a dozen ports during a Mediterranean deployment, as part of the Standing NATO’s Maritime Group-2.

Wojeski separated from the Navy as a lieutenant and attended Albany Law School. She was admitted to the New York state bar in 2012. She is currently a practicing attorney in Gloversville, with a focus on elder law, estate planning, and estate administration.

“I hope you continue to thank veterans for their service,” Wojeski told the gathering. “But allow them to tell their story.” 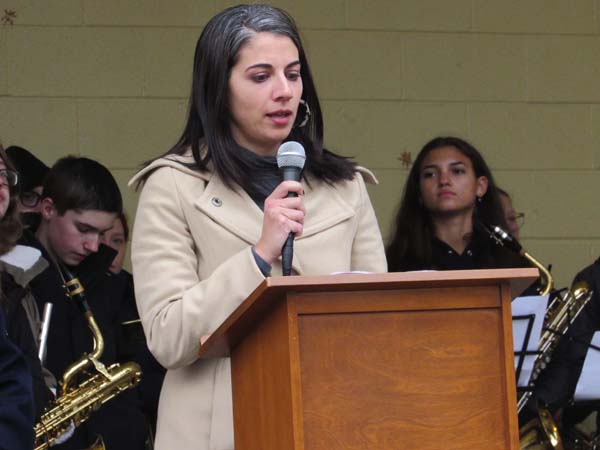 Observed was the Pledge of Allegiance, and there was a moment of silence for deceased veterans.

Other speakers Monday included Pastor Heather Kramer of the Johnstown Reformed Church, who provided the invocation and benediction. 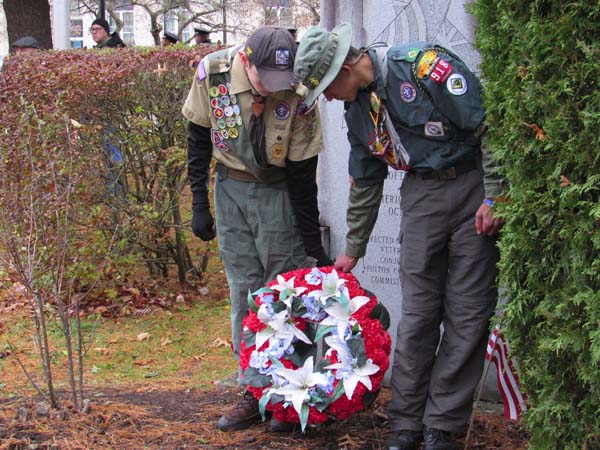 Johnstown Boy Scout Troop 104 presented the laying of the wreath.

A three-shot salute was provided by the Johnstown Police Department Honor Guard.