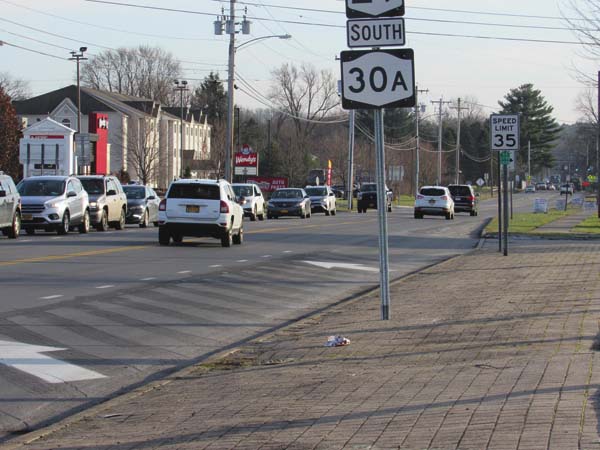 Route 30A in Johnstown from Briggs Street (Route 29) looking south toward Prindle Avenue is seen Thursday. The state Department of Transportation is gearing up for an improvement project in the corridor in 2020. (The Leader-Herald/Michael Anich)

Route 30A in Johnstown from Briggs Street (Route 29) looking south toward Prindle Avenue is seen Thursday. The state Department of Transportation is gearing up for an improvement project in the corridor in 2020. (The Leader-Herald/Michael Anich)

JOHNSTOWN — The state is planning a $3 million Route 30A project during 2020-21 to create roughly five lanes from Route 29, south to near Prindle Avenue, similar to a project just north of that area that was concluded in October.

Details of what the state Department of Transportation is calling a “corridor improvement project” were imparted to the public during an informational session Thursday night at City Hall. The 0.3-mile corridor that will be improved was created in 1953.

Prior to a formal presentation, DOT staff gave an informal briefing for the public, showing off diagrams and the impacted area.

“We are continuing to monitor the Route 30A corridor,” Tibbitts told residents. “We’re doing our best to make incremental improvements with the funding we have.” 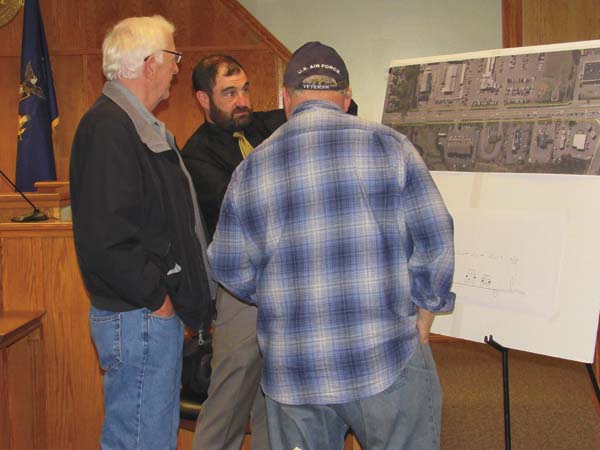 DOT in October concluded a similar project between Townsend Avenue and Briggs Street, some of which created five lanes on the Arterial Highway instead of three. This new project will be similar, with the targeted area being south of that area — the Prindle Avenue area north to Briggs Street (Route 29).

The $2.9 million project is scheduled for August 2020, bidding in October 2020, with actual construction starting in the fall of that year. The project is anticipated to be substantially completed by fall 2021. The project will include addition of a northbound and southbound through travel lane along with the reestablishment of a right turn lane at the Briggs Street intersection with improvements to drainage, signing and new highway lighting.

Vabishchevich gave the formal presentation, noting the project was developed in response to “congested traffic conditions” in the corridor. He said the last time DOT did anything with the corridor was 2012, when that stretch of highway was milled and resurfaced.

The segment is 45 feet wide with two-foot shoulders, Vabishchevich said. 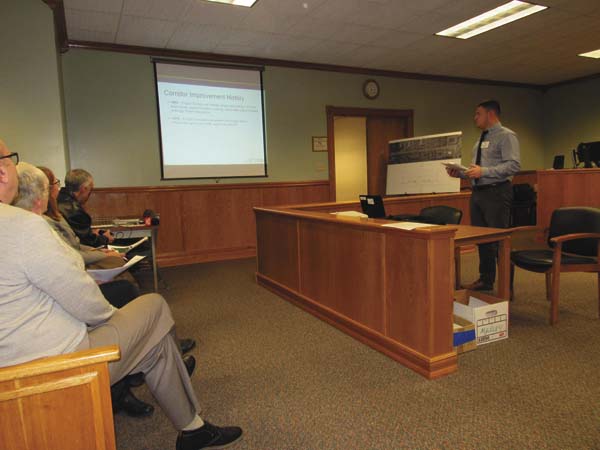 He said 18,000 vehicles travel north and south from Prindle Avenue to Briggs Street daily, about 70 percent of which are heavy-duty trucks. He said the goal is to especially improve the traffic situation at Routes 30A and 29.

“Our first goal is to reduce traffic delays at the intersection,” Vabishchevich said.

“We have to do some work at the Briggs Street intersection,” Vabishchevich said. “We will have a temporary property easement near the Stewart’s.”

Tibbitts said bids should arrive fast less than a year from now.

An unidentified man whose house borders one of the intersections along the corridor told the DOT officials he needed more information.

“I might be putting the house on the market,” he said.

The public also commented that DOT may be moving traffic bottlenecks further south with the project.

Second Ward Councilwoman Kathi Iannotti, who attended, told the DOT representatives that the state did a good job on the first Route 30A project.

“It was really smooth,” she said.

Tibbitts said DOT applied for and was able to receive limited federal funding for this new project.

“This one was within our funding,” he said.

Hoffmann stated: “We’re always on the lookout for those [funding] opportunities.”

The DOT officials said the project won’t quite touch Prindle Avenue, but conceded that DOT continues to look at Route 30A as it heads south from the city of Johnstown.

Officials said the 2020-21 project will be done during weekdays and there may be single lanes, but if it has to be done on weekends, it won’t impede traffic.