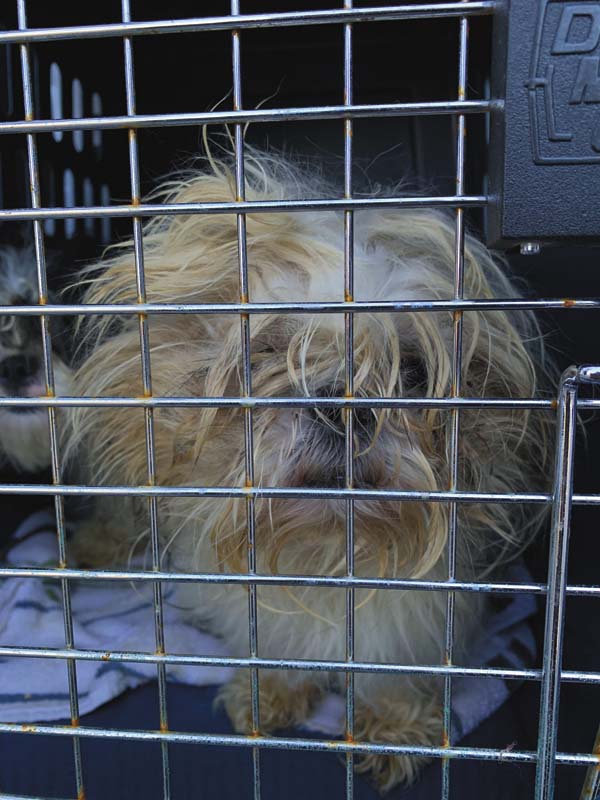 Photo submitted Shown are some of 14 dogs rescued from the home in the town of Florida. The dogs were living in horrible conditions and are now safe at the Montgomery County SPCA Amsterdam location.

FLORIDA — The Montgomery County Society For the Prevention of Cruelty to Animals rescued 14 Shih Tzu dogs living in what they called horrible conditions on Wednesday.

An anonymous call was made to the state police concerning alleged animal cruelty and neglect at an abandoned residence in the town. The owner of the 14 dogs, which included five adults and nine puppies, surrendered them to the MCSPCA and they are now being kept safe at the shelter in Amsterdam.

State police Public Information Officer Kerra Burns said no arrests have been made yet.

Jan Zumbolo, president of MCSPCA Board of Directors said the home the dogs were found in had feces and urine everywhere.

“There was a lack of water, a lack of food, the dogs were covered with feces and urine,” Zumbolo said. “It was not a good situation.” 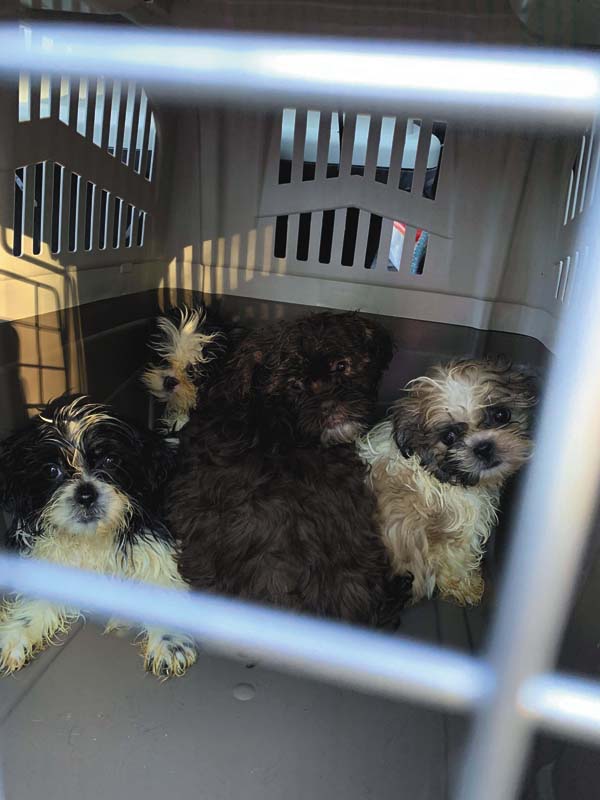 Photo submitted Shown are some of 14 dogs rescued from the home in the town of Florida. The dogs were living in horrible conditions and are now safe at the Montgomery County SPCA Amsterdam location.

They also showed signs of being extremely hungry.

She said the five adult dogs’ fur was “severely matted” and had to be shaved. The nine puppies were also matted and were combed.

Zumbolo said the rescued dogs have not yet been seen by a veterinarian, so she is unsure if any of them have injuries or health concerns.

“They have yet to see a vet. They’re all very stressed, so we’re trying to keep them comfortable and relaxed,” Zumbolo said.

To help cover the cost of vet and medication fees, the organization is asking for monetary donations.

Zumbolo said they have enough food and grooming supplies, but need money for vet and medication costs.

Anyone who would like to make a donation can do so by going to the shelter’s website at mc-scpa.org and make the donation using PayPal or by mailing a donation to MCSPCA, P.O. Box 484, Amsterdam, NY 12010.

All 14 dogs will eventually be put up for adoption once they are settled, Zumbolo said.

She said they have already received about 70 inquiries.

“We ask people to be patient,” Zumbolo said. “Our focus is on their health and comfort.”

Last week, the organization also took in six dogs rescued from a South Korean meat farm. Those dogs will also soon be available for adoption.