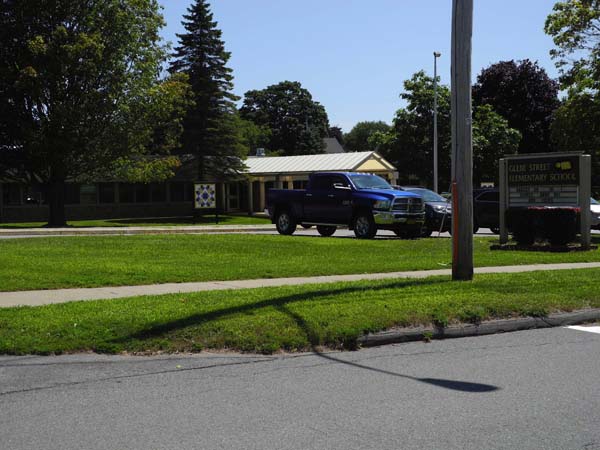 Glebe Street Elementary School in Johnstown, as seen in this August photo. The public is being reminded that a public hearing will be held on Nov. 25 to hear comments on the proposed closure of the elementary school. (The Leader-Herald/Michael Anich)

JOHNSTOWN — The Greater Johnstown School District Board of Education reminded the public Thursday of a scheduled Nov. 25 public hearing on the proposed closure of Glebe Street Elementary School.

Board President Christopher Tallon noted the hearing will be conducted at 6:30 p.m. Nov. 25 in the Johnstown High School Lecture Hall. He said the full board meets again at 6:30 p.m. Dec. 5 in the JHS library.

“Ultimately, the final decision should come at the December meeting,” Tallon said.

The district website has already provided two notices. One notice calls for the proposed public hearing “for financial reasons, and on the basis that the district’s programs may be reasonably accommodated within its remaining schools.” Closure would be by the start of the 2020-21 school year. The other district notice indicates the actual public hearing date, time and location.

Board member Ronald Beck asked if the district was set on where the pre-K program may be located if Glebe Street Elementary School closes, although a definite answer wasn’t provided Thursday.

The district’s education consultants — Castallo & Silky LLC of Syracuse — in August offered two options for the district moving forward and both involved closing Glebe. The firm estimated the district could save approximately $355,000 to $360,000 by closing Glebe. That figure includes $345,000 in staff savings, and $12,500 in utility savings.

Sixth grade could also be moved from the 26-room Warren Street Elementary School to Knox Junior High School, which would have grades six through eight, the firm recommended.

One of the main reasons the district is looking at closing a school — similar to over a decade ago when it closed Jansen Avenue Elementary School — is financial. Enrollment has declined greatly over the years in the district, which also underwent a tumultuous budget process in 2019.

District residents in a June 18 revote approved a $37.8 million district budget for 2019-20 that contained a 14.6 percent tax levy increase. Similar tax levy hikes have been suggested for the next two years.

On another matter involving the public, Tallon told the board he wishes to see board members meet publicly with more groups in the community. He recommended the Johnstown Senior Citizens Center as an initial site, possibly in December.

“Everybody has a lot of questions and we can answer them,” Tallon said.