K-9 Grip to get armored vest 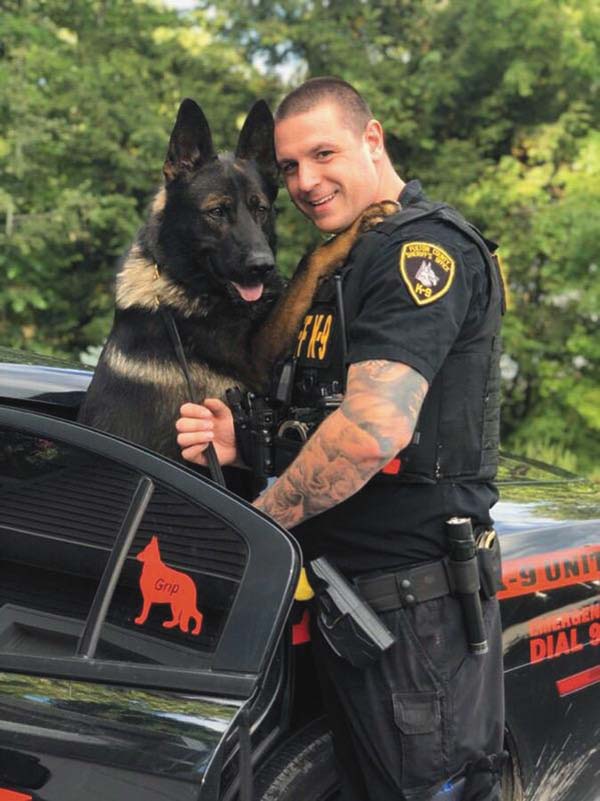 JOHNSTOWN — Fulton County Sheriff’s Office K-9 Grip is due to receive a donation of body armor, according to Sheriff Richard Giardino.

K-9 Grip will receive a bullet and stab protective vest thanks to a charitable donation from non-profit organization Vested Interest in K9s, Inc. The vest is sponsored by a fundraiser hosted by Brady Arnold of Brady’s K9 Saviors and will be embroidered with the sentiment: “Gifted by Brady’s K9 Saviors”

Giardino said delivery of the K-9 vest is expected within eight to 10 weeks.

Giardino and Corp. Damon Stewart of the K-9 Unit thanked Arnold for making the donation.

“The sheriff’s office and K-9 Grip appreciate the concern for Grip’s safety,” Giardino said. “This vest will protect Grip in a variety of dangerous situations. The sheriff further recognizes Vested Interest in K9s Inc., who turned Brady’s hard work into reality for the Fulton County Sheriff’s Office.”

Vested Interest in K9s, Inc. is a charity located in East Taunton, Mass. whose mission is to provide bullet and stab protective vests and other assistance to dogs of law enforcement and related agencies throughout the United States. The non-profit was established in 2009 to assist law enforcement agencies with this potentially lifesaving body armor for their four-legged K-9 officers. Since its inception, Vested Interest in K9s, Inc. provided over 3,500 U.S. made, custom fitted, U.S. National Institute of Justice-certified protective vests, in 50 states, through private and corporate donations, at a value of $6.9 million dollars.

The program is open to dogs actively employed in the U.S. with law enforcement or related agencies who are certified and at least 20 months of age. New K-9 graduates, as well as K-9s with expired vests, are eligible to participate.

Giardino said the donation to provide one protective vest for a law enforcement K-9 is $950. Each vest has a value between $1,744 to $2,283 and a five-year warranty, and an average weight of four to five pounds. There is an estimated 30,000 law enforcement K-9s throughout the United States.