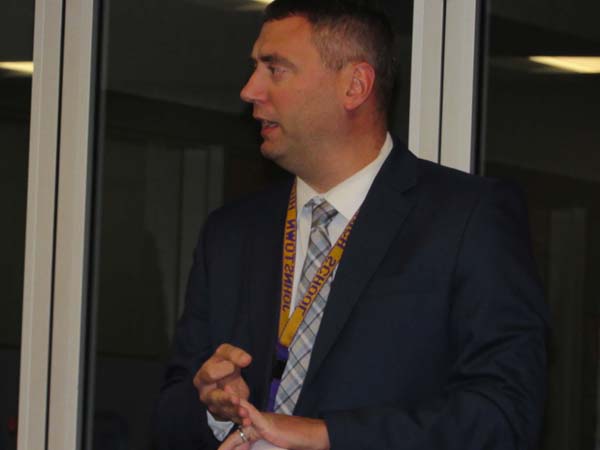 JOHNSTOWN — The Greater Johnstown School District’s Road for Reward Program for students was highlighted for the Board of Education and public recently at Johnstown High School.

JHS Principal Scott Hale and Vincent McCallum, owner of the Toying Around store at 17 W. Main St., gave a presentation on the initiative.

Hale said the Road for Reward program promotes literacy in the greater Johnstown community. He said district administrators had a question: “How are we going to promote literacy in our school” He said part of the answer is partnering with businesses, such as Toying Around.

Students reading for 20 plus minutes are given awards. He said he reached out to businesses in the Johnstown area that were more than happy to help by providing rewards. He said the program thus far has been “pretty successful.”

“This helps us on many fronts,” Hale said.

McCallum told the school board that some of the awards have included cookies, snacks and chips. He said the students love visiting his business.

As a former Hamilton-Fulton- Montgomery Board of Cooperative Educational Services student, he said he remembers being offered the opportunity as a student to visit different job settings and it helped him immensely.

“I learned so many skills from those job sites that I was able to take into the real world,” the local businessman said.

“I think there’s more we can do with the high school,” he said.

Hale said he wants more downtown businesses to be aware of the program, and for students to be involved.

“We really hope to promote this,” the high school principal said.