Bluesman to play at Glen hall 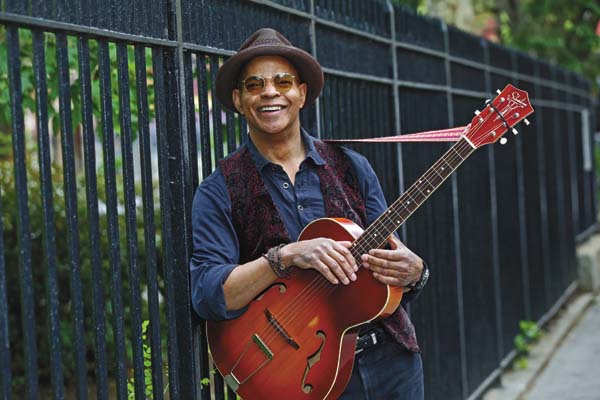 According to a news release, Davis once said, “I like antiques and old things, old places, that still have the dust of those who have gone before us lying upon them.”

Blowing that dust off just enough to see its beauty is something Davis has excelled at for more than 30 years of songwriting and performing. It’s no wonder his reverence for the music of the Blues masters who have gone before him has been evident in every album he’s ever recorded or concert he’s given. Davis’ musical storytelling was influenced by artists such as Blind Willie McTell and Big Bill Broonzy, and his musicality comes from artists as diverse as Lightnin’ Hopkins and Babatunde Olatunji, according to a news release.

His 1995 debut album, “Stomp Down the Rider” on Red House Records, marked the arrival of a major talent, earning acclaim for his deft acoustic playing, his well-traveled voice, and his literate, yet highly accessible songwriting. He’s barely rested since then, taking his music to television, such as the Conan O’Brien and David Letterman shows, and radio, including A Prairie Home Companion, Mountain Stage, World Cafe, as well as performing at theaters and festivals.

He’s also played the four corners of the world, earning him the title “Ambassador of the Blues,” with a recent tour taking him from the equator to the Arctic Circle. He played in Ukraine in the summer of 2014, just a week before the statues of Lenin were torn down. He even played for the visiting queen of Denmark at a children’s home in Greenland.

“I feel like I’ve only hit three corners of the world, with a lot more to go,” he said. “I try to communicate no matter where I go.”

Above all, he seeks to bring people together through music. “With the world falling apart, it’s up to all of us to be ambassadors and to spread the music everywhere we can. There’s nowhere that I don’t want to play.”

Conservancy Hall, which dates from 1830, is located at in the hamlet of Glen, Montgomery County. It is a major element of the Glen National Register Historic District, which was created in 2001.

Tickets are $20 and are available at glenconservancy.com and also will be sold at the door.