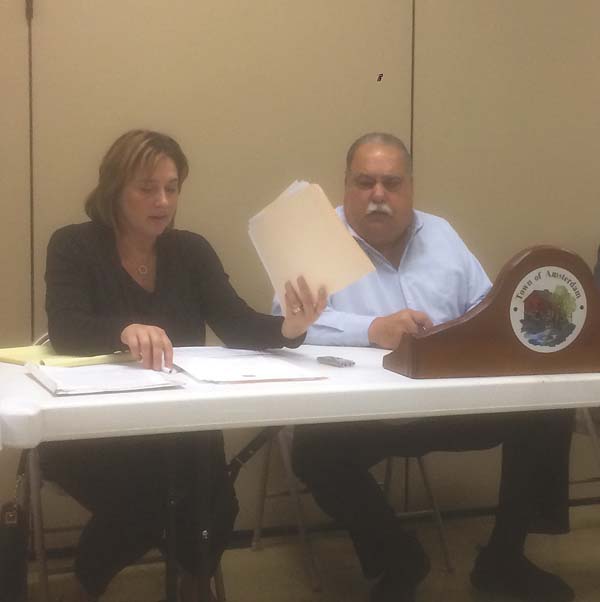 AMSTERDAM — The town welcomed two new trainees for positions at the town court during its Wednesday meeting.

“[They] will not do any official duties and the judge will not be hearing any cases until Jan. 1 when he takes office,” DiMezza said. “And the court clerk will not be taking any monies or doing any paperwork other than shadowing the town clerk that we have now and learning the position.”

He continued on to say that Nethaway will train with the current judges, Herbert Menge and Robert Arthurs, before attending town justice school from Dec. 2 to 5. After completion, he’ll be able to take the bench starting Jan. 1.

Councilperson Ron DiCaprio, who seconded the motion, said the appointment was a good choice.

“I’d just like to say that I’ve known Tom Nethaway for quite a few years and I think he will make an excellent judge. He’s fair, he’s a good guy and he’s very approachable, you can talk to him. So I think that was a good choice and a good selection,” DiCaprio said.

In other news, the public hearing for the 2020 budget will be held starting 6:35 p.m. at the next town meeting on Nov 20. DiMezza said anyone with questions could reach out to him, and described the budget as “status quo.”

“I’m glad we can get through another year without having to raise taxes,” DiMezza said.