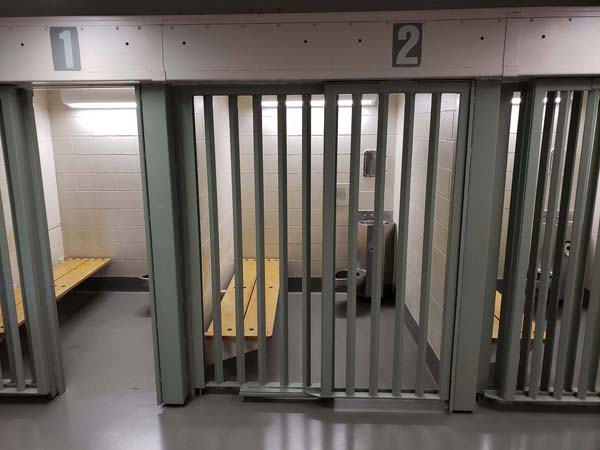 Imagine being a victim of a home burglary. Then imagine the alleged suspect is arrested, released on an appearance ticket and is back on the street that same day.

This is an example of how New York state’s criminal justice system will be completely transformed as the state’s new Criminal Justice Reform takes affect in January 2020.

Part of those changes includes the cash bail reform which will eliminate cash bail for most misdemeanors and class E felonies.

This means law enforcement is required to issue desk appearance tickets for misdemeanors and non-violent felonies rather than making custodial arrests, which will reduce the number of people held in jail prior to trial, according to the New York state website.

“Starting Jan. 1, moving forward you will only be able to arraign and give the judge the option of putting bail on a defendant for class A or B felonies, or serious felony assaults or serious felony crimes,” said Montgomery County Sheriff Jeff Smith. “So that means every crime from domestic disputes to minor assaults to burglaries to smaller drug cases will be let go on appearance tickets immediately.” 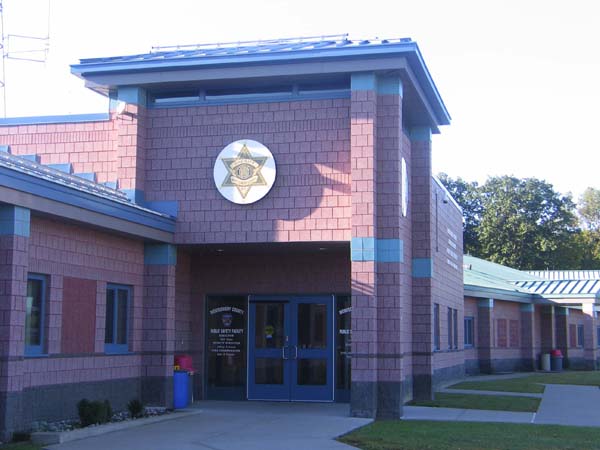 Shown is the Montgomery County Sherff's Office. (The Leader-Herald/Briana O'Hara)

The reasoning behind the cash bail reform, according to the state website, is to ensure an individual’s wealth is no longer the determining factor for pre-trial detention while awaiting a trial.

“In regards to bail, the intent is good to say that people shouldn’t be punished with cash bail because if they don’t have money and they’re presumed innocent, the impact may be far different,” said Fulton County Sheriff Richard Giardino. “It reduces dramatically the number of cases that monetary bail would be posted.”

Smith said the theory behind why the cash bail reform was created is to prevent any discrimination towards minorities. So, if a Caucasian male and an African American male are both arrested on the same crime and bail is set at $500, “the belief from the governor’s office is that the African American male would have less ability to pay that cash,” Smith said. “So it was punitive towards that race or one of those races.”

Smith said that is not true.

“We believe around here, that is absolutely not true,” Smith said. “We arrest people based on the evidence pertaining to the crime.”

Also under this reform, Giardino said courts can consider whether a defendant had past bench warrants or fled to avoid prosecution, but can no longer consider their record of court appearances, they can only consider their convictions.

Along with the reform on cash bail, the Criminal Justice Reform will include reforms aimed at trials.

“There are three major changes that will be in full force by early 2020 — bail changes, discovery changes and speedy trial,” Giardino said.

Under the new discovery rules, the district attorney is going to be required within 15 to 30 days of a defendant’s arraignment to turn over items including any statements, reports, copies of forensic tests, photographs, 911 calls and body cameras; items that usually take months to turn over.

“It’s going to put an undue burden on law enforcement and on district attorneys to comply. I believe they should put the brakes on that,” Giardino said. “At the same time you’re doing bail you got discovery kicking in, so it’s a big change. I can’t think of a time that’s been a more dramatic change at one time in the criminal justice system in New York. I think the intent is good on discovery that the defendant should have more than less, but I think the way they implement it, it’s going to be forced too quickly.”

Also regarding changes to discovery, Giardino said if those items aren’t turned over quick enough, or if it is discovered later, it can be held against the prosecution.

“And ultimately it punishes the victims of crime because their perpetrators won’t be brought to justice,” Giardino said.

There are, however, exceptions with the cash bail reform in which any crime that is considered a qualifying offense, bail can be set.

Those qualifying offenses include any violent felony, sex offense or some domestic violence cases. Unless, someone is charged with a qualifying offense, the court must release them on their own recognizance or on an appearance ticket. If there is a case such as witness tampering, a violent felony, non-drug offense, class A felony or sex offense, they can be brought back before a court.

“In my opinion there should be more qualifying offenses,” Giardino said.

Giardino said if someone were to threaten a spouse, that would not count as a qualifying offense. This could make it difficult to get an order of protection and an angry spouse can continue to return to the home.

“Domestic violence victims we’re very worried about. You can arraign [defendants] and ask for an order of protection, but they can’t go to jail on any bail,” Smith said. “So if you have a victim of a domestic violence incident, the suspect or the defendant is going to be right back out on the street with the availability to commit another crime or go back and do more damage.”

“If you get cases like menacing or cases where [a person] slaps their spouse or they don’t cause serious injury, those who are given an appearance ticket get right back out. And, if a spouse is intoxicated, that’s not a factor and they have to be released,” Giardino said.

However some domestic violence charges are part of the qualifying offense and can have bail set. Any violent felonies and a court can set bail; and that includes an assault with serious personal injury, an assault with a weapon with a physical or serious injury and murders.

Another concern of law enforcement are people who are addicted to drugs, especially during the ongoing opioid epidemic. Smith said a majority of the crimes committed such as petit larcenies are so people can get money to buy drugs.

Giardino said as a former drug court judge, one of the elements of drug court is coercive treatment in which if a person doesn’t comply with their treatments, they can be sent to prison.

Currently, a person will go from jail with bail to detox to drug court.

“But if we don’t have them on bail in the first instance there’s no reason for them to want to get help,” Giardino said. “So bail was a useful tool to coerce, and to get coerced, treatment for the drug court because if someone is in jail then you’re either staying in jail or getting treatment — most people with drug problems go to treatment.”

“My concern is if people didn’t show up when there was cash bail before, why would you think they’re going to show when there no cash bail?” he said.

One other way the cash bail reform can have an impact on jails is by a decrease in expenses.

Smith said in regards to the Montgomery County Correctional Facility, they are projecting a 40 percent decrease in jail population.

Smith said that could affect their expenses. He said if they have to feed fewer people and provide less medical treatment, it could decrease some of their expenses.

However, the question remains if once the defendants are sentenced if the jails will get all the inmates at the same time instead of sporadically.

“Then what’s it going to do to our budget down the road?” Smith said. “That we don’t know.”

Overall, Smith and Giardino believe the cash bail reform will have a negative impact for victims of the crimes.

“[Offenders] will be out before the paperwork is finished,” Rust said. “Appearance tickets aren’t anything we haven’t done in the past in the appropriate situation, but some of these crimes we truly feel that bail would be set forth to contain them until their arraignment.”

Smith said the judges are the ones who decide whether bail is appropriate, but they will no longer have the power to do so, according to Smith. He said even if a person were to be arrested on a bench warrant for not appearing in court, the judge still can’t issue bail.

“Criminal justice as we know it does not exist anymore. It’s going to be a whole new situation; and unfortunately it’s going to be bad for the victims and bad for the society,” Smith said. “We’re very concerned. There’s no consequences anymore for bad decisions.”

Giardino said he is in favor of bail modification, however, “I’m opposed to the finalized law, in most part because I don’t think it allows enough latitude for a judge to make a determination as to whether or not to be held on cash bail.”

Smith and Rust both said they are not in favor of the cash bail reform.

“We don’t believe law enforcement in general was contacted or asked to provide feedback regarding some of these changes. Lawmakers made the decision for our criminal justice system,” Smith said. I think around here it’s a very fair system. There are lawyers, district attorneys, courts, and it’s a checks and balance system. So between the law enforcement, the public defender, the defense attorney, the district attorney, the court — that checks and balances system is there for a reason and that’s to keep it fair and consistent. Well,

Shown is the Montgomery County Sherff’s Office. (The Leader-Herald/Briana O’Hara)

now it’s not. Everyone goes free.”

To prepare for these changes, Smith said they’re trying to educate staff, have been meeting with the district attorney’s office, meeting with other law enforcement agencies, talking with medical providers and food providers in the kitchen, speaking with jail staff to educate them to stay on top of trends, and communicate with the executive and legislature as well.

“We’re passionate about it,” Smith said. “We feel strongly that this is not a good thing.”